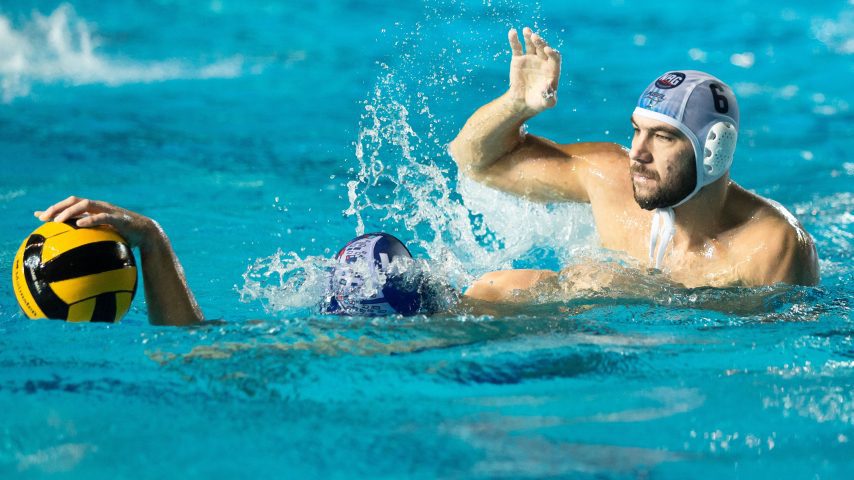 An action-packed Day 3 of the Premier Regional League Stage 3 offered a lot of excitement.

Almost each of the six encounters was very thrilling. The highlights of the day were two derby games,  Jug – Radnički in the group in Kragujevac and Jadran Split – Novi Beograd in Zagreb.

The Serbian clubs recorded wins in both games. Radnički defeated Jug 12:10  in a replay of the last season’s final, while Novi Beograd beat Jadran in a flood of goals (18:13).

Title-holder Radnički secured its spot at the Final Four after today’s victory and joined Novi Beograd, Jug, and Jadran S which qualified for F4 yesterday.

Novi Beograd benefited from Jug’s loss. Novi Beograd returned to 1st place. Novi Beograd will play against underdog Mornar in the last round. So, it’s almost sure that the team guided by Igor Milanović will remain atop the table and will be the host of the final tournament.

Jug is in 2nd, Jadran in 3rd place, while Radnički holds 4th place. If nothing changes in the standings tomorrow, the semifinal pairs will be  Novi Beograd – Radnički and Jug – Jadran.

As for the other games in Zagreb, Crvena Zvezda beat Mladost in a nail-biter (9:8), while Jadran Herceg Novi defeated Mornar (14:8).
Šabac and Primorac shared the points in a thrilling game that opened today’s schedule in Kragujevac (8:8). After that, Partizan beat Solaris (10:6).
Nothing hasn’t been decided in the lower half of the table yet. It’s still not known which team will finish in the last place (it will probably be Budva), while only one point separates 8th-placed Primorac and 11th – placed Šabac.

As expected, Jadran Herceg Novi finished the regular season with a win over Mornar and climbed to 4th place. But, the Herceg Novi-based side stayed there for a few hours.…. Mornar kept up with the Montenegrin champion until 3:3. Jadran built a 6:3 advantage by the middle of the second quarter. Deep into the third, the Montenegrins went to 9:4 and from that point on, the distance between the sides was never smaller than four goals.

Crvena Zvezda and Mladost run a neck-and-neck race from the first whistle until the final buzzer. The Serbs secured a win with a last-gasp goal scored just eight seconds from the end.

Neither of the teams had a 2-goal advantage in this very balanced battle. In the first half, the lead was constantly changing the side.

At halftime, the rivals were tied at 4:4. In the 18th minute, Gavril Subotić gave Crvena Zvezda a 5:4 lead. But, Mladost responded with two goals quickly and went ahead (6:5). But, it turned out that it was Mladost’s last lead in the match. After that, Crvena Zvezda earned a 7:6 and 8:7 advantage, but Mladost equalized on both occasions. Mladost scored its eighth goal 02:04 minutes before the end. In the following minutes, both teams lost the ball a few times. Crvena Zvezda’s goalie Vladimir Mišović saved a shot from Bajić with 28 seconds left on the clock. After that, the visitors’ coach Dejan Savic called a time-out, which paid off. Gavril Subotic found the net 9 seconds from time. Crvena Zvezda celebrated a 9:8 victory.

Mladost dropped to 9th place and still hasn’t secured a spot in the Premier League for the next season. Mladost will go to the relegation playoffs if Solaris and Šabac surprise Jug and Partizan.

Novi Beograd earned an early 2:0 lead – Dusan Mandic scored two goals within 34 seconds (action goal and a penalty shot). The Serbs were always ahead, but Jadran managed to cut the deficit to one goal three times (1:2, 2:3, 3:4). Still, the finish of the first quarter belonged to Novi Beograd, which headed into the second period with a 6:3 advantage. 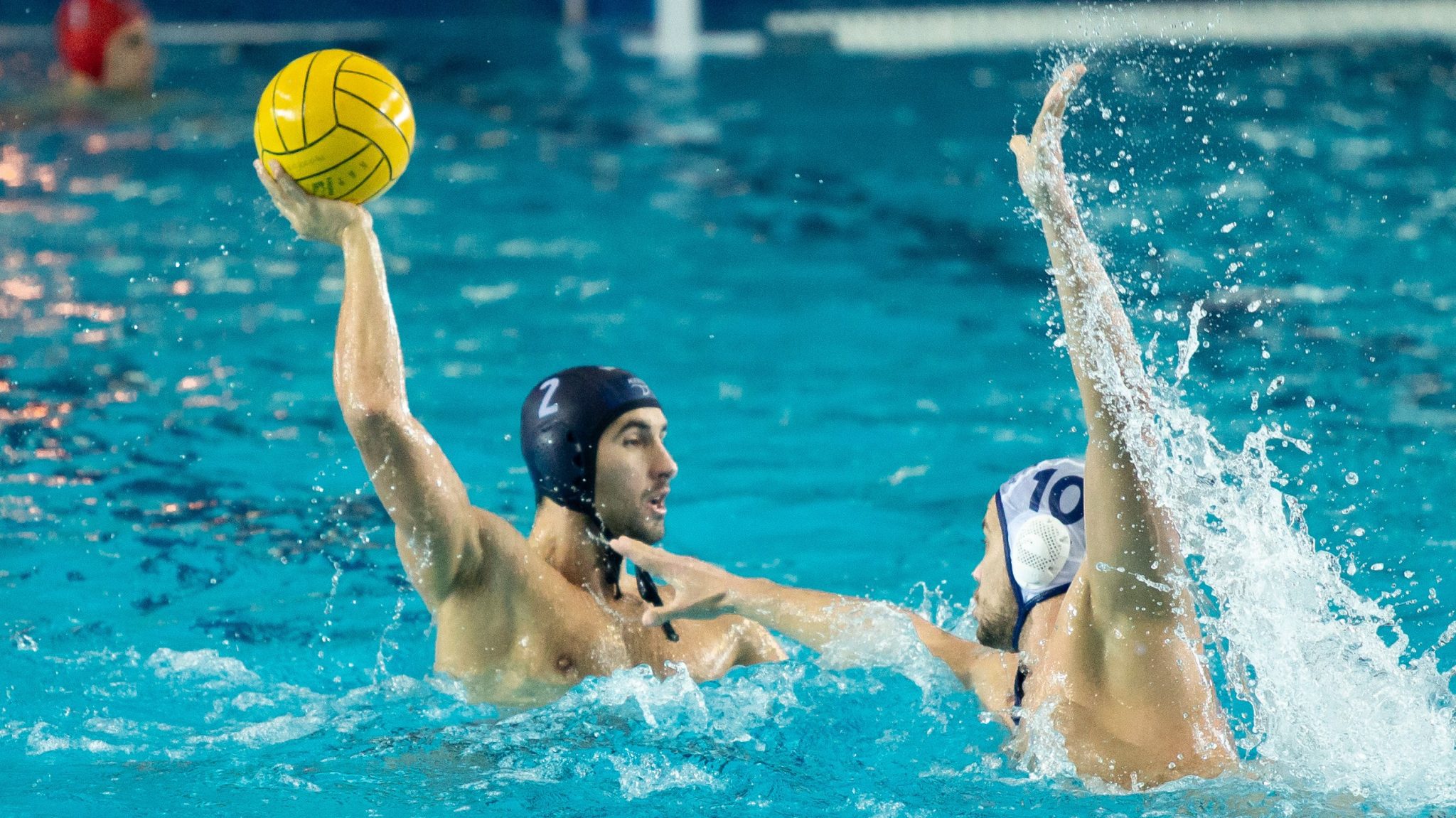 Marinic-Kragic opened the second period with a power-play goal to reduce the gap to two (4:6), but shortly after Novi Beograd scored two back-to-back goals (Pijetlović and S.Rašović) and built a 4-goal lead for the first time (8:4).

At halftime, Novi Beograd had a 10:7 advantage.

Jadran continued chasing the rival after the middle break. Zvonimir Butić found the net for 8:10 (18th minute). But, that chase didn’t last for long. In the following eight minutes, Novi Beograd produced a 6:0 run, jumped to a 16:8 lead and that was the end of the contest.

Šabac wasted a great opportunity to beat Primorac, overtake the Kotor-based team, and avoid the relegation playoffs. The first quarter belonged to the Montenegrins. In the middle of the second period, the score was 3:3. After that, Šabac tightened its defense – it kept Primorac goalless for more than 12 minutes, while it produced a 4:0 run, for a 7:3 lead. Primorac ended its bad run in 67 seconds before the last break. It added one more goal shortly after and halved the deficit (5:7).

Šabac scored the first goal in the final quarter (8:5), but it didn’t manage to save all three points. In the middle of the quarter, Primorac came very close (7:8). Šabac failed to convert two penalty shots in the following few minutes and paid for these misses. Primorac’s Mršić scored an equalizer – 8:8 with just 14 seconds remaining.

If there are no surprises tomorrow, Šabac will join Mornar (or Budva) in the relegation playoffs.

After a little bit surprising victory over Radnički, Partizan continued winning. The “black-whites” lost all chances to reach F4 after Jadran HN defeated Mornar in the first match in Zagreb. Still, they didn’t calculate and played the best they could. Partizan controlled the game from the start, but Solaris didn’t surrender easily. In the 13th minute, the Croats leveled at 3:3. However, they couldn’t find the net in the following 11 minutes, and Partizan built a 7:3 lead before the final quarter. Solaris tried to come back, but unsuccessfully. Partizan kept a 4-goal distance. 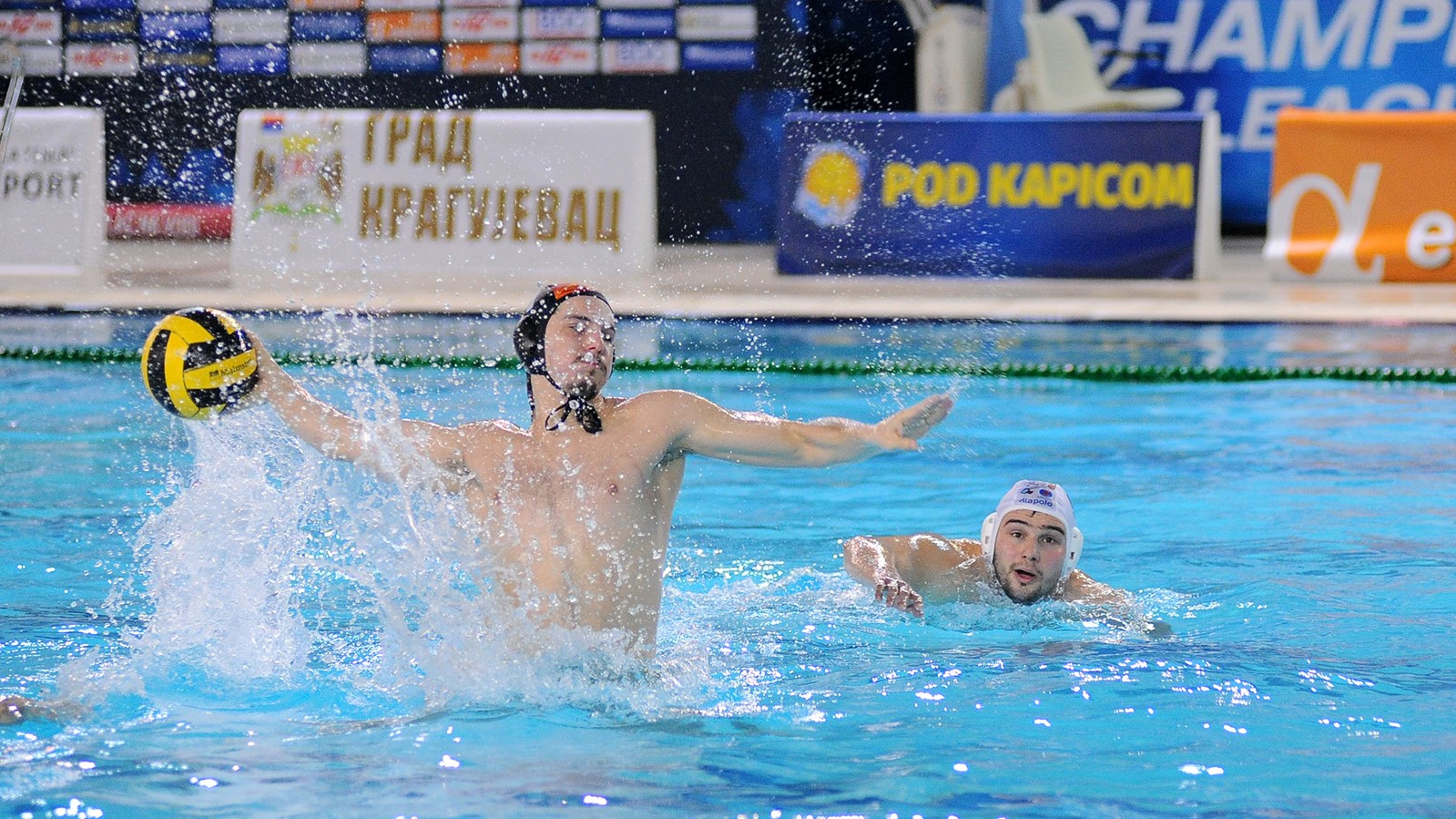 Radnički recovered from yesterday’s loss to Partizan and got off to a flying start in the derby against Jug. The hosts of the tournament (who had blue caps in this match), rushed to a 3:0 lead. Captain Loren Fatovic put Jug on the scoreboard only 24 seconds before the end of the first quarter. By the middle of the second period, Radnički jumped to a 5:1 lead. Jug’s veteran Maro Jokovic responded with two quick goals for 3:5, but Radnički’s Aleksa Ukropina closed the first half and three goals separated the rivals at halftime (6:3).

Jug opened the second half in the same way Radnički started the match – with three straight goals. The Croats caught up with the hosts in the 20th minute, when Argyropulos netted for 6:6. Shortly after, Radnički managed to refund its excellent rhythm from the first half and earned an 8:6 and 9:7 advantage. Jokovic halved the distance (8:9) in the 15th minute and the big drama was continued. Still, Radnočki regained a 2-goal lead with a late goal from Aleksa Ukropina, who converted a man-up four seconds before the last pause (10:8).

Kakaris scored from a 6 on 5 in Jug’s first possession in the fourth quarter – 9:10, but Radnički didn’t let the visitors equalize once more. In the 28th minute, Nikola Lukić scored his third goal, this time from a penalty shot for 12:9. Papanastasiou made it 10:12 two and a half minutes before the end, but that was the last goal in the match. Both goalkeepers (Popadic and Dobozanov) posted a few saves in the remaining time, and Radnicki recorded a big victory.