Ratko Rudić: “The Game Is More Interesting, But We Need Some Clarifications” 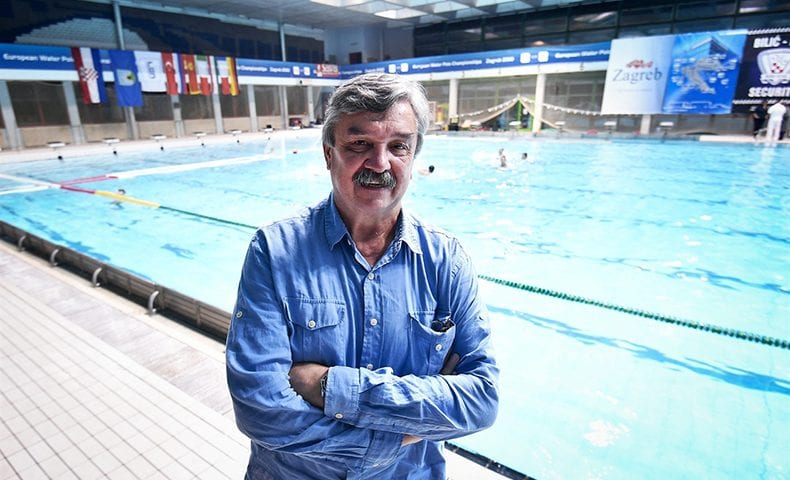 The Europa Cup in Zagreb is behind us and the games were marked by some of the new rules applied on the tournament. Thanks to Dean Bauer from Sportske Novosti, we bring you the latest thoughts on the changes.

The recent Europe Cup in Zagreb did not only bring together the eight best water polo nations of Europe, but it practically connected the entire world. Apart from the Croatian players and coaches, Mladost welcomed those from Spain, Hungary, Italy, Greece, Montenegro, Russia, and Serbia. The three-day tournament in Zagreb was a real summit of the biggest names in water polo.

There was the Chinese national coach – Petar Porobić – the Montenegrin top expert and their former coach. He was joined by Elvis Fatović, who is now an Australian coach. From Hungary came dr. Tamas Molnar, the former great center of Hungary, as well as Dubrovnik’s Jug. The older fans will remember Andrija Popović, a brilliant Montenegrin goalie from the 80s.

There’s also a lot to say about Deni Lušić – Split’s player with two Olympic golds, and Neven Kovačević – the former Croatian and Iranian coach, and trophied strategist of Jadran and Jug. The sports’ director Ognjen Kržić joined him, along with the most trophied Croatian club coach Vjekoslav Kobešćak. The list goes on.

But among all of these legends, there is one man you have to approach first and ask about his opinion – Ratko Rudić. Pro Recco’s coach, and the second most trophied coach in the world. In all ball sports.

Even though today we’re not about the records, but new rules – the ones that were applied in Zagreb. Maybe it’s too early to say something after only one tournament because a total of 12 games can tell us more. Though there’s no harm in asking. Especially if the questions can be answered by a coach of such charisma and success.

To start with, it has to be said that there is a lot of action in the pool. For example, in Croatia-Greece, there were 39 personal fouls. It’s a bit difficult to follow and understand what’s happening.

“Watching the FINA Cup matches in Berlin in summer of 2018, when the new rules were applied for the first time, I’ve noticed a stronger contact play. Even though the referees treated it a bit differently (ie. they were more rigorous in dealing with player movements and the like), a stronger contact was allowed,” said Rudić.

“The one problem that’s still not clarified is the situation with the player entering the 6-meter area with a certain advantage and the ball in his hand. As for the numbers of mistakes, it’s not so much about what is debatable, but what is being judged. It’s important to know and figure out what do we want to achieve by doing that. But we’re still at the beginning and we have to wait a bit to analyze the referees’ behavior. Only then can we suggest some corrections and give certain instructions on how to make it all clearer. I mean, it’s going to take a while to get everyone involved, but with more detailed instructions, everything will be better.”

Can you sum up what we got for now?

“The game is already more interesting. We have more movement and mobility. It seems to me that the defensive zone is being played more. Now is the moment to analyze the attacking play and how to defend against it. I think that the shortening of the so-called ‘repeated’ or ‘second attacks’ is great. The moment you get an extra-man, the time is shortened from 30 to 20 seconds, and that speeds up the game. With just those 10 seconds, the numbers of attacks increased, along with the movement.”

Rudić believes that the Zagreb Europa Cup will be a good indicator of how to apply the new rules. And this is why:

“This is a great example for analysis because the introduction of new things (in this case rules) is best tested in the high-quality games. Not junior games, but games like these where top teams play. We had Zagreb, which will be followed by the World League in Belgrade, and then in Korea come summer. We will have our answers by then.”

The Great Will Remain Great

What does this mean for the future of the game? Will the teams that value speed over strength, especially in defense, be off better with the new rules? For example, Serbia has tough players.

“We all expect that, but I’m still sceptical. Usually, the intentions are good and they support the technical aspect of the game such as movement, other than the game returning to be mostly physical. We have to keep in mind that every sport today strives toward more speed and strength. Which means that the techniques and tactics have to adapt.

“This will also happen to water polo, whatever the rules are. At the same time, you will always need some physical preparation because it’s the basis for a quality game. And one more important note: the teams that were great so far, will remain great in the future. Regardless of the rules change.”