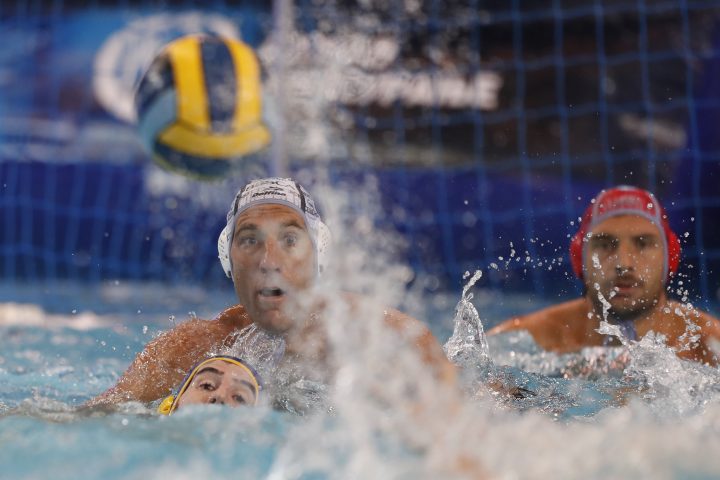 An encounter between Pro Recco and Barceloneta brought a spectacular water polo. It was a hard battle between two great teams. It was an even contest. Barceloneta led for most of the second half. Still, Recco broke the rival at the finish and recorded a 11:10 win. 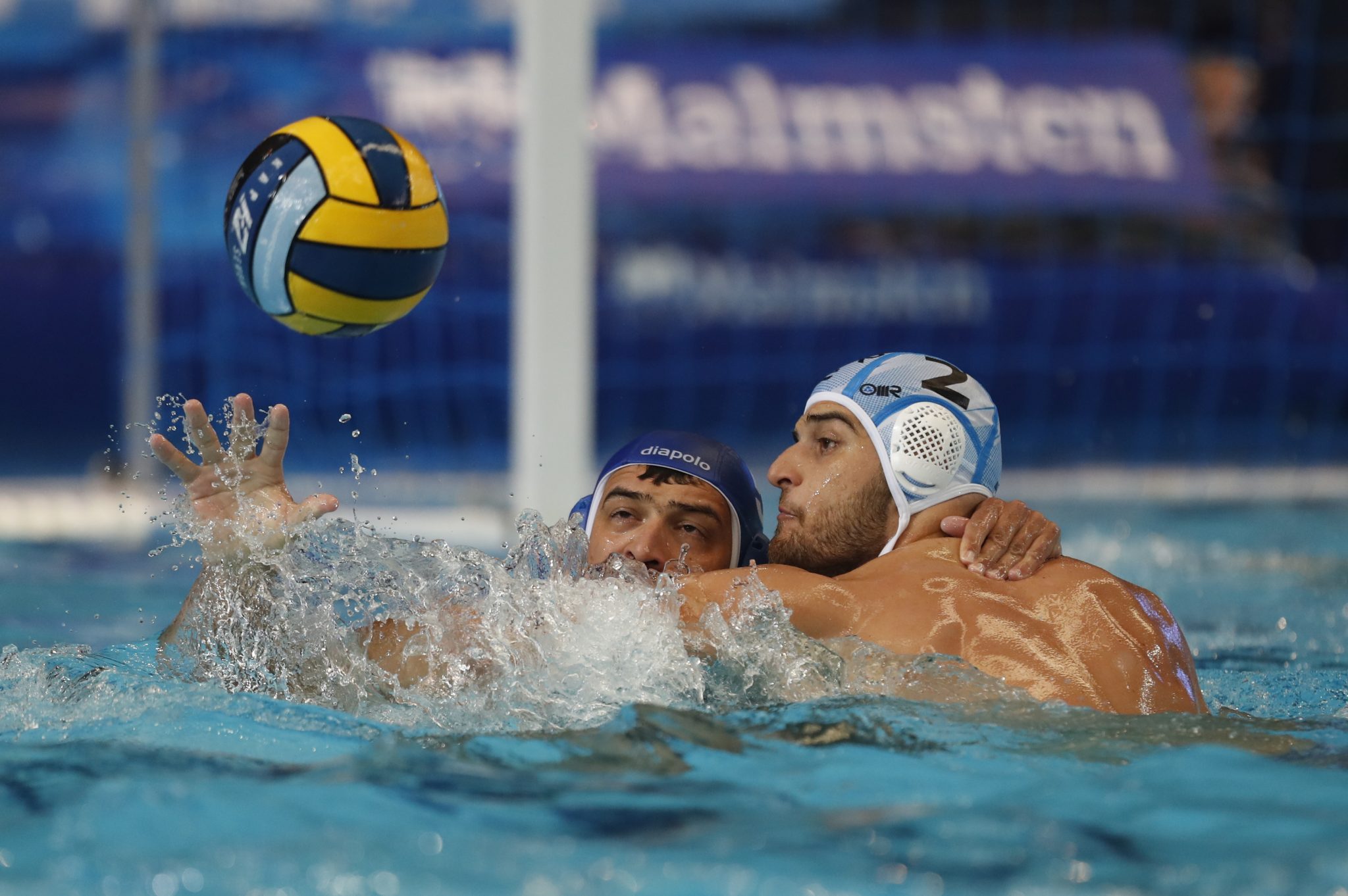 Brescia proved too strong for Hannover. The Germans scored an opener. Winkelhorst made it 0:1 in the 2nd minute. But, the Italians quickly proved who the boss was. Immediately after Winkelhorst’s first goal, Vapenski responded for 1:1. After that, the Italians added six unanswered goals. Vincenzo Dolce closed Brescia’s series from a counterattack for 7:1 (15th minute).

Two seconds before the middle break, veteran Aleksandar Radovic broke Hannover’s goalless phase that lasted 14:53 minutes. Two seconds before the buzzer, he found the net from a distance (2:7). Hannover couldn’t find the right solutions in front of Brescia’s goal. The Germans had a miserable percentage of extra player shots in the first half (0/8). Brescia’s conversion was 3/6. 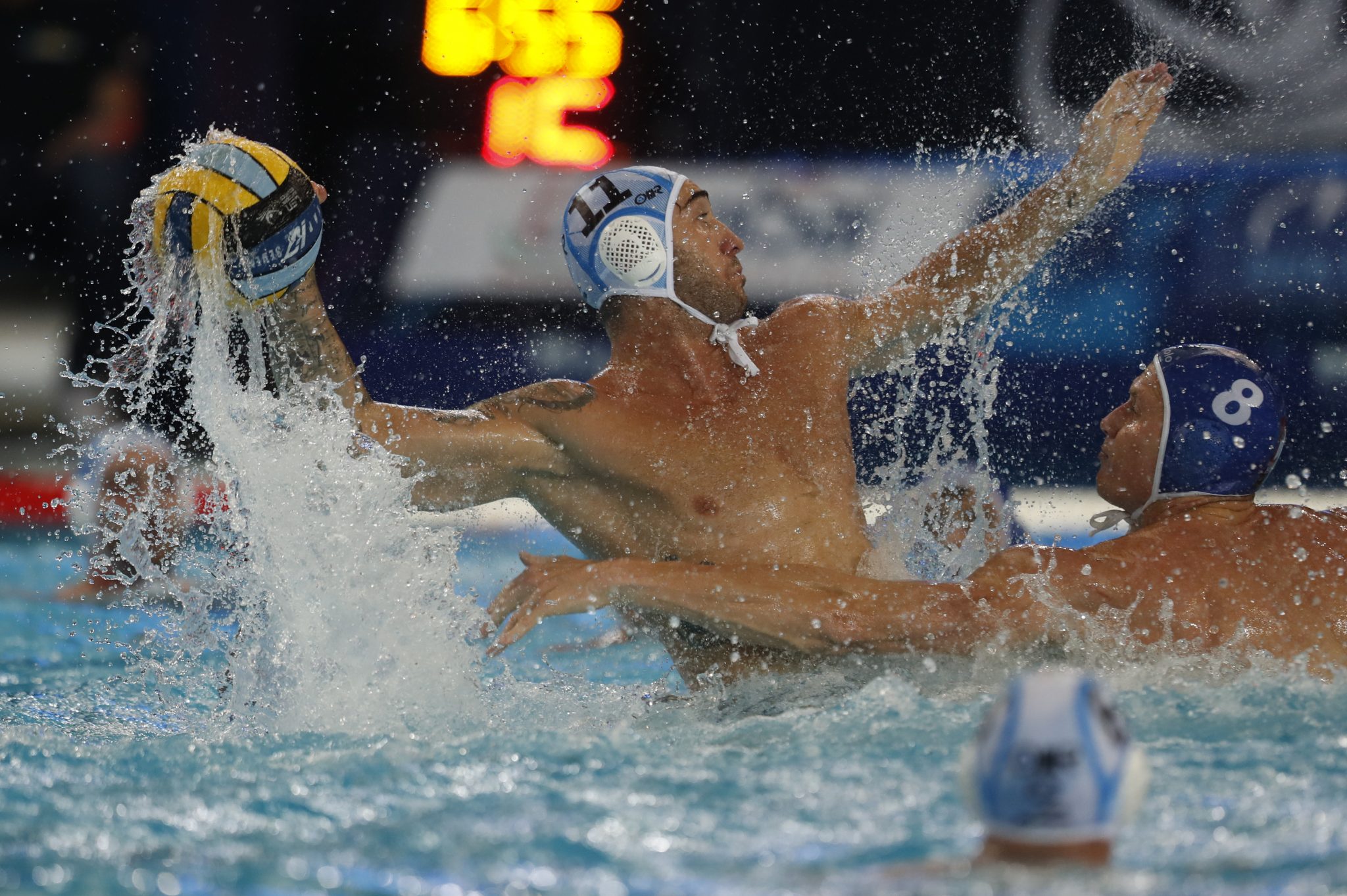 Nothing changed after the middle break. Brescia slowed down and started saving energy for the semifinals. However, Hannover couldn’t endanger the Italians’ huge advantage. Only a margin of Brescia’s win was in question. Late into the third period, the Italians had a 7-goal lead (10:3) for the first time and maintained the difference until the end.

“We were favorites and we proved that. We did what we planned. In the first half, we built a big advantage and broke Hannover’s resistance. Therefore, we could slow down in the second half.

“We suffered a convincing loss, but, honestly, we didn’t expect a miracle. Brescia is an excellent team, and it proved that by winning 1st place in a tough Group A. We didn’t manage to stop their counterattacks, which is Brescia’s strngest weapon, and that was decisive.”

A flood of goals opened the first derby of the tournament. In the first five minutes, Recco took a 1-goal lead three times. Barceloneta scored an equalizer shortly after each of these three goals. Still, Recco had a slim lead at the first break. Just a second before the end of the first period, Aleksandar Ivovic converted a man-up, he fired the ball from 6 meters for 4:3.

Barceloneta, which had strong support from a group of loud fans, opened the second period very well. In the 10th minute, Granados leveled at 4:4. A minute after, Felipe Perrone fired the ball from a distance and put the Spaniards in front – 4:5. Younger leveled shortly after (4:4). Then, there were no goals for a while. It seemed that the rivals would be tied at halftime. However, just seven seconds before the middle break, Felipe Perrone scored another nice goal from almost 7 meters and the Spaniards entered the second half leading 6:5. 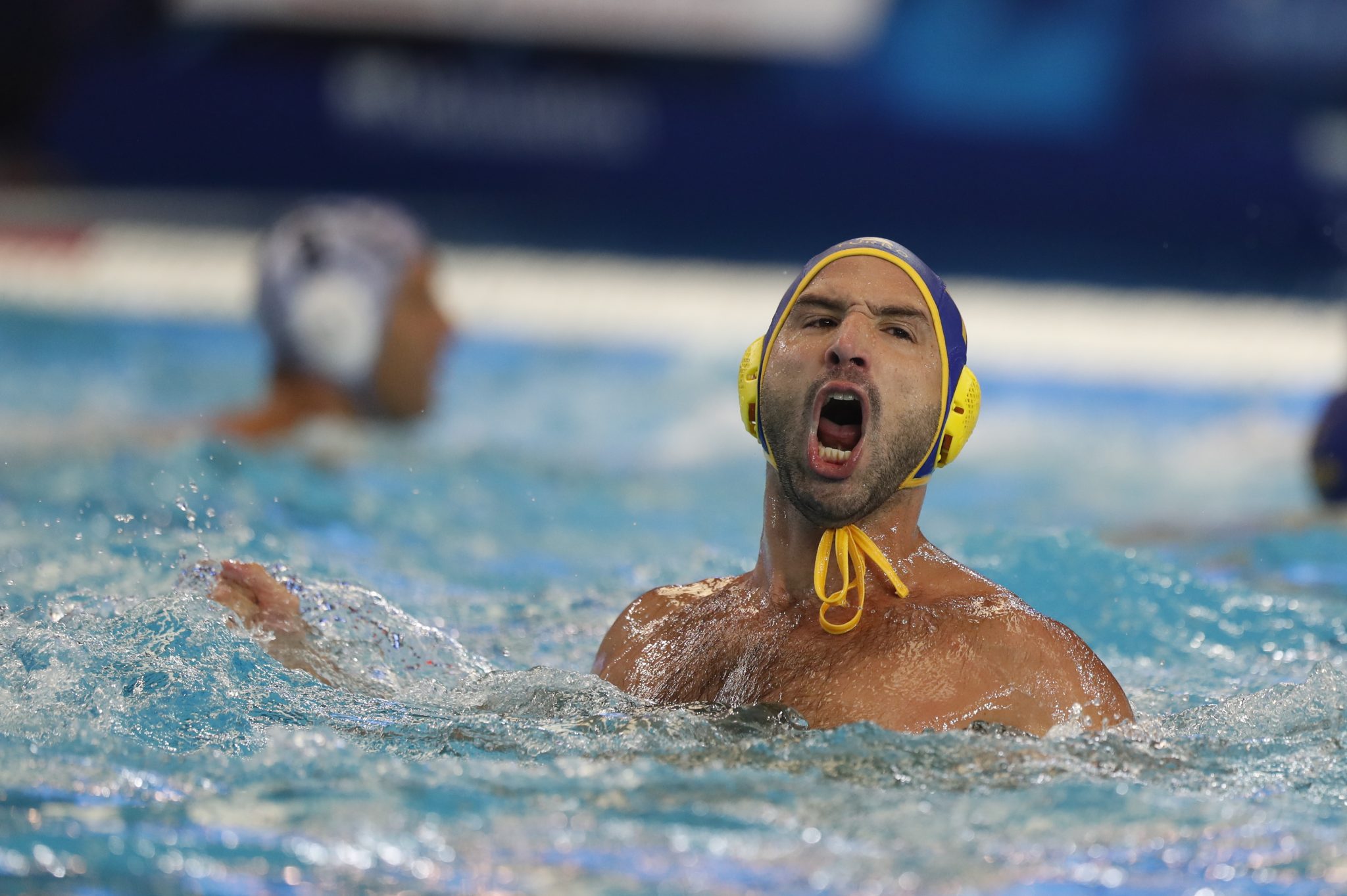 Larumbe doubled Barceloneta’s advantage in the first possession in the third period, with a close-range shot. The Spaniards went to 7:5, and Recco’s coach Sandro Sukno switched the goalkeepers. Tomaso Negri replaced Marco Del Lungo. Midway through the quarter, Recco caught up with the rival scoring two goals in a span of 56 seconds (Ivovic from action and Younger from a penalty). In the 23rd minute, Granados scored from an extra (7:8) and Recco had to start a new chase. Just like in the first two quarters, the last goal in the period was scored in the dying seconds. Ten seconds before the last break, Hallock converted a man-up to tie the score (8:8).

After the last break, Barceloneta still controlled the game. The Spaniards took a lead twice (9:8 and 10:9). Larumbe made it 10:9 in the 26th minute. It turned out that was Barceloneta’s last goal, but everything was open until the end. In the middle of the quarter, Cannella scored from the deep left for 10:10. Defenses dominated in the following minutes.

Barceloneta’s defense did a great job throughout the game. The Spaniards shut out Gergo Zalaanki, who scored 42 goals in the Preliminary Stage. The Hungarian couldn’t find the net in the first 30 minutes. But, he took responsibility in crucial moments. Recco’s leftie converted man up with a nice goal for 11:10 with 01:16 left on the clock (that was Recco’s 7th power-play goal). 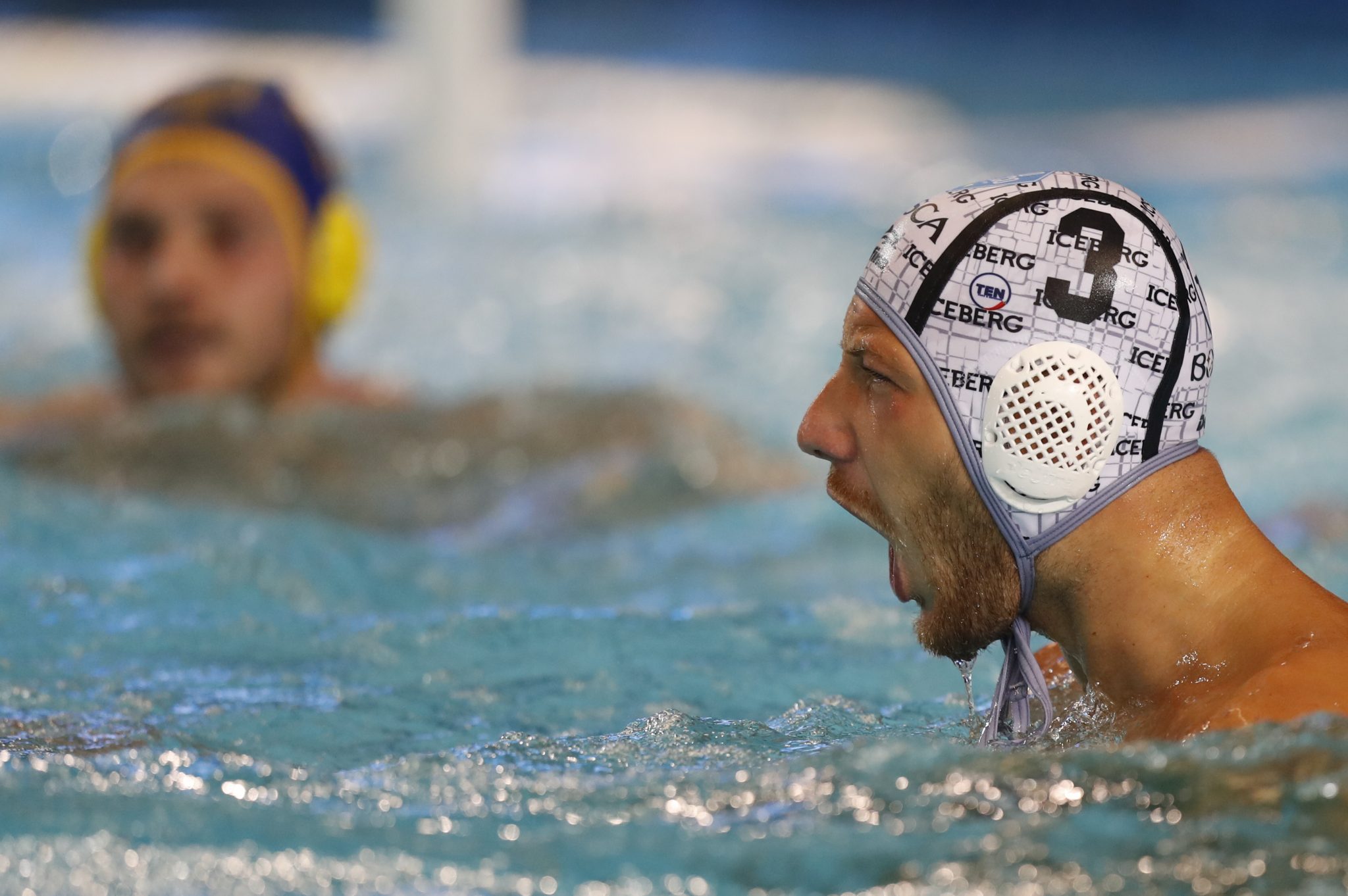 Barceloneta lost the ball in the next attack (Ivovic’s steal) and Recco kept the victory and a spot in the semifinals.

“I expected the game like this. Barceloneta is an excellent team and nobody could expect that we would record a convincing win. We knew that we would have a challenging task. We won thanks to a team effort”, Sandro Sukno, Recco’s coach said.

“We played a very good game. Our defense was very good in the first three periods. We had the game in our hands. But, tiny details decided the outcome. We made tiny errors in defense in the fourth period. We paid for that and we have to congratulate Pro Recco, which deserved the win.