Recco Is To Confirm Its Top Spot – Champions League Day 11 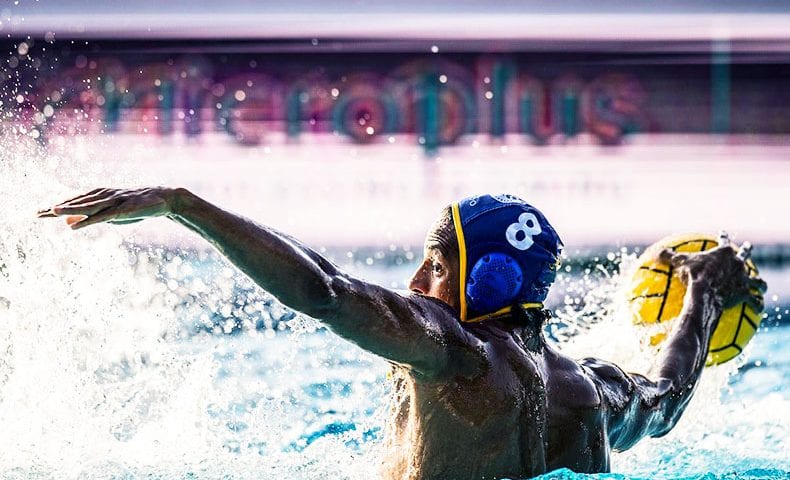 While the top spot and all four Final Eight places are set to be confirmed after Day 11 in Group A, in the other group more excitements are in sight. The big game between the first two seeded sides (Jug v BPM) is the highlight of the round and the desperate race for the last available berth between Olympiacos and Szolnok, winners of the last two editions, will also resume.

Recco is expected to make it 11/11 in this round and that would secure their top spot in Group A, regardless of the outcome of the other games and the results of the remaining three rounds.

It’s also almost sure that the next three ranked teams will qualify for the F8 as well through their race for the second position is wide open after Brescia’s shocking loss in Moscow on Day 10 (Dynamo reserved a mathematical chance to catch up with the top guys but it seems that this is just a late surge from the Russians).

The biggest clash of the day will take place in Barcelona where the Spaniards will try to recover from their bad run in Italy (lost in Brescia then to Recco) but it’s going to be a demanding task against Ferencvaros. In the autumn the two met just days after the Hungarians’ Super Cup triumph and Barceloneta managed to earn a fine win. Now the Spaniards would need some boost again, while Ferencvaros arrives from a less vitalizing experience as their unbeaten run in the domestic league came to an end against Euro Cup semi-finalist OSC.

Brescia also looks for some fast treatment after they fell in Moscow. Eger seems to be an ideal partner for this as the other Hungarian club in this group seems to put the focus on their home tasks and gently let their Champions League campaign go.

In Group B the battle is just heating up as more showdowns between the top four teams are scheduled. In this round group-leader, Jug and second-seeded BPM will face off in Busto. Though Jug enjoys a 6-point lead, this can be halved on Wednesday and the Croats still have a tough visit to Szolnok so they cannot give away points for free. At the same time, Busto seems to be in safe distance from Szolnok, but the Italians face the toughest schedule, now they take on Jug and they have appointments in Szolnok and in Piraeus on the last two days.

After edging out arch-rival Szolnok in a thrilling match in the last round, Olympiacos has another mountain to climb in its way. They travel to Zagreb where Mladost is eager to halt its losing streak which has got embarrassingly long (counts five matches now). The title-holder Greeks cannot afford to lose the momentum they gained by beating Szolnok. The Hungarians try to hang on till the last moment, they now have a relatively easier task, though they drew with Spandau in Berlin on Day 4 – one of the draws from the earlier rounds which might cost them the F8 spot this season.

Final Eight-host Hannover tries to improve its not too impressive score-line against Jadran but the Croats had a better spell recently, winning two of their last three matches.

“For me, Ferencvaros is one of the favorites to win the Champions League. They’ve got some top quality players and we’ll have to be really on the ball if we want to win this game. We’re on a level with them on points in the classification and both teams still need some extra points in order to get a classification for the Final 8. We’re looking to play a good match at home in front of our supporters and to come away with the three points.”

“Barceloneta is one of the most tactical in the Champions League. We lost three points at home against them, we want to regain these three points now.”

“We are very excited to receive the most prestigious team and coach in the history of our sport in our pool. It is a great opportunity for our juniors, supporters and all who love water polo to see the best players in the world in person. We hope to have a good day and play at our highest level so the public can enjoy a great water polo spectacle.”

“By winning this game we would secure our first place mathematically, but beyond this, for us, it will be a game like the others in which we want to play well to improve in the wake of the most important matches ahead of us. Our attention against Steaua will be focused on the defensive part; we made some mistakes in the last league game and we can’t afford those happening again.”

“We expect a very hard challenge since Eger has a very good trainer and is a well-organized team with high-level players. In Eger, the game was a balanced one and our goalkeeper’s performance made the difference. Now we’re more and more nearing the end of the round and Wednesday’s match is very important: we have to give our best and gain three points.”

“We know that they are a really strong team. At home, they can beat anyone. Their defeat in Moscow does not mean anything.”

“The game with the great Dynamo Moscow will be definitely a challenge for us. We have practiced a lot, and I’m sure we will give our best to keep home some points.”

“We will play against the representatives of the Serbian water polo school. Certainly, this game won’t be easy but we were working well to show all our strengths.”

“We have been training hard for the upcoming encounters, fortunately, we can count on all our team members. It is without a doubt that this game is of great significance, as we want to qualify for the finals. We are aware of the fact that our qualification for the next round is not fully in our hands. Therefore winning is the only acceptable outcome for us, which will not be an easy task as Spandau is an experienced team. We played a tie in Berlin, this time we have to win. We will have to play as if we were playing in the finals.”

“We know that we are not the favorites in this game. Szolnok plays at an incredibly high level especially when they play at home. Nevertheless, we want to show our qualities and our strengths. When we play very focused we have a chance to go back home with a win.”

“We don’t have Nathan Power for this game since he is in Australia playing in the World League qualifications. He will be back next week, but we are going to do everything to win without him. We won against Hannover in Split and they will try to hit back, even more, because they have only a few points so far. But we are focusing on our strengths, every game is a story for itself. We must be aggressive, force our rhythm of the game, swim a lot and we can win this match.”

“They had played a good first leg match against us, but I think even if it ended up in a draw we would not have stolen anything from them. They had been very aggressive and in the first two quarters we managed to surprise them, but then they adapted themselves and played a very physical game with a lot of pressing that in the end didn’t allow us to move. In the return match, we are hoping that the rules will be adopted and that they will be not allowed to apply such strong physical pressure. is an exceptional team, one of the biggest clubs in the world with a very good coach. It’s a club that every year, despite losing key players, manages to build a Team that is always very competitive. The main part of their team are also the players of the Croatian national team and surely they are very strong, and they have a couple of great left-handed players.”

“The match between Jug and BPM, the first and second team in the group, will certainly be very difficult. BPM showed so far that they are deservedly sitting in the second place and it’s definitely going to be a game.”

“We have not secured our qualification in Hannover’s Final 8 yet. In Zagreb, we want to have a good performance in another critical game for us and of course to gain the three points that will help us to achieve our target to qualify.”