Regional League Final Four: Jug is favorite, but nobody surrenders 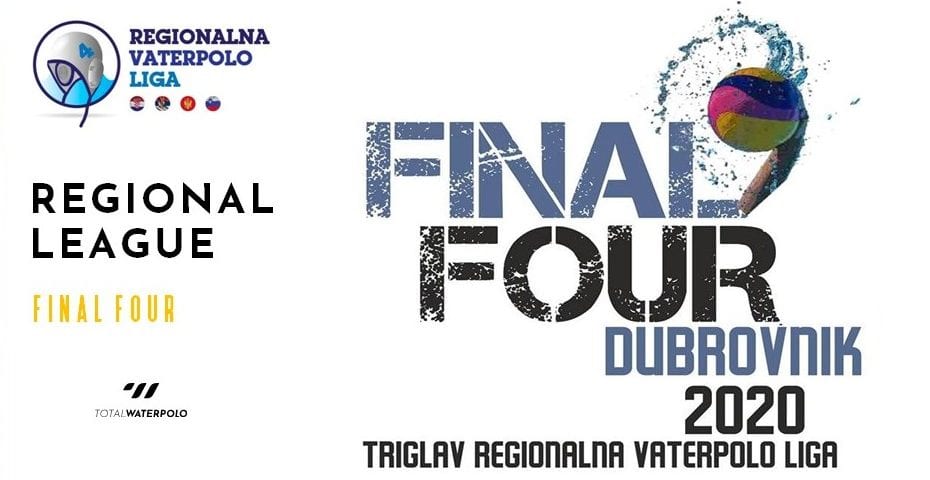 The Regional League is one of the rare water polo competition which will have a winner this season.

The League will be completed on Tuesday and Wednesday, by the Final Four in Dubrovnik.

Three Croatian teams will take part: Jug, the host of the tournament, and the first-placed team of the regular season, Mladost, the 2019 Regional League winner, and Jadran Split, while Jadran Herceg Novi will represent Montenegro. All four sides have competed in the canceled 2019/20 Champions League. Jug, Mladost, Jadran HN had real chances to reach the Final Eight before the season was suspended. 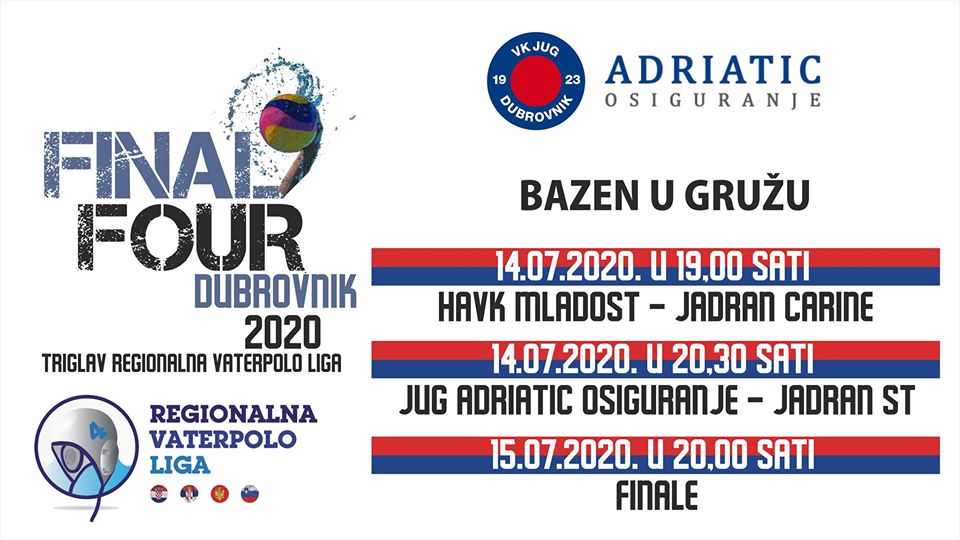 The games will be played in the Gruz pool. Considering all protective measures a maximum of 800 spectators will be allowed to enter the pool (a third of the capacity of the stands).

The advantage of the Croatian clubs is that they re-started the season 20 days ago when the playoffs of the Croatian Championships began. Jadran Herceg Novi will play its first official match after more than four months.

“Jadran is a very serious and respectable rival. They have been preparing for a long time. The Montenegrin national team started its preparations month and a half ago, and nine of Jadran’s players are members of the national team. They take this game very seriously, they are just preparing for it, and they will try to represent not only their club and city but also the whole of Montenegro. They have an outstanding 6 on 5 counter-attacks, several great individuals… We know them. What is good about us is that we are complete, and I think that we entered competitive form through the two semifinal matches of our Championship against Jadran Split. The course of the game will largely depend on us”, Bajic said.

Jadran faces financial troubles. The Montenegrin champion still hasn’t confirmed the participation in the 2020/21 Champions League. After the Final Four, several players will leave the club.

“We worked in the preparation of this Final Four together with the colleagues from Croatia. After the national team’s preparations, all Jadran’s players gathered at the club. The players who will not play for Jadran in the next season, are also here, they won’t miss the Final Four. They all responded to the invitation. During a long, forced break, we all missed water polo. The team is very motivated, we will present the club, the city, and the country as best we can”, Jadran’s director Milos Mracevic emphasized.

Jug Dubrovnik is the favorite since this club finished 1st in the regular season and secured itself to play the Final Four on home soil. The hosts have won four titles in the Regional League. Last year, they were defeated by Mladost in the final.

“We lost to Jadran Split in the last round of the regular season, although we were almost complete. Only one of our players missed that match. Jadran plays very well. They played well in the Champions League too. Even though two players – Power and Zovic- meanwhile left Jadran, they provided a great game against Mladost in the Croatian Championship semifinals. Besides, Jadran beat us twice this season (once in the Regional League and once in the Champions League – Ed.), so we take them very, very seriously. We had four easy matches before this tournament, and we don’t even know our abilities at the moment. Jug worked fantastically, but we are all still out of the competitive rhythm. We respect for Jadran and expect a difficult match.”

“We are not without any chances. I hope that we will be able to repeat the performance we showed against Mladost. Of course, there is a difference in quality, and it is clear that Jug has a significant advantage, but we can do our best and battle. We will try to reach the final game if we have an opportunity. I know that it will be hard. Our primary task is to be patient and not let Jug “knock out” us in the opening minutes. After their explosive start, an opponent can’t recover.”