Regional League kicks off in Belgrade and Dubrovnik tomorrow

The new season of the Premier Regional League kicks off in Belgrade and Dubrovnik tomorrow.

The competition formula has been modified, just like in many other international leagues and cups, due to the pandemic. The league has been “compressed”.

Twelve teams will take part in the competition. The group stage will be held in two locations between Thursday and Sunday, while the Final Four will be held in Zagreb in March.

The games of Group A of the qualification will be played in Belgrade, at the “Milan Gale Muskatirovic” pool. Three Croatian and three Serbian clubs will play in the capital of Serbia. The participating teams are Mladost, Jadran Split, Primorje (Croatia), Crvena Zvezda, Sabac, and Partizan (Serbia).

Titleholder Mladost is a favorite for 1st place in this group, while the battle for the second ticket for the Final Four will probably be a three-horse race between host Crvena Zvezda, Sabac, and Jadran Split. 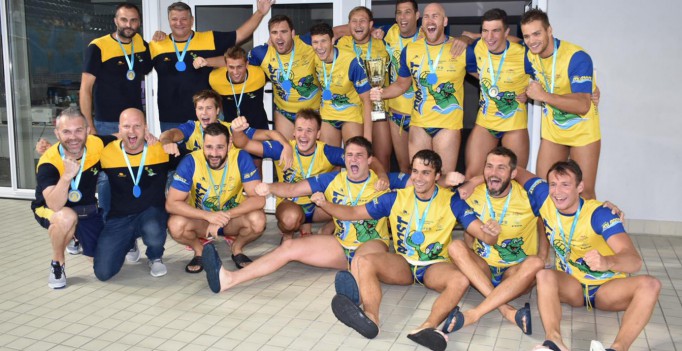 Mladost won two previous editions of the Regional League. The Zagreb-based kept almost all of its key players and brought Croatia captain Andro Buslje. The goals in the new season remain the same; they want to defend the trophy.

Crvena Zvezda was the highest-ranked Serbian club in the 2019/20 Regional League (5th place). This team enters the new year encouraged by successes achieved in December. Firstly, they reached the round of 16 of the LEN Euro Cup. Late in December, Crvena Zvezda won the Serbian Cup, which is the club’s first trophy after six and a half years.

Jadran Split was a regular participant in the Final Four in the past three years, but several experienced players left the club last summer, and the team from Split will have a challenging task in Belgrade.

In the last few years, Partizan has been going through the most difficult period in its history. But, it seems that they have started overcoming the troubles. During this winter, the seven-time European champion brought two reinforcements. Olympic champion Stefan Mitrovic, one of the best players of the Partizan’s famous water polo school, returned to the club after seven years. A few days ago, a young Brazilian Rafael Vergara, the best scorer of the 2016 FINA U18 World Championship in Podgorica, also joined the club. Partizan might surprise some of the favorites.

Primorje Rijeka, a three-time Regional League winner (2013 – 2015), is far from the high-quality level it had six years ago. But, they are coming to Belgrade without a “white flag”.

As usual, Jug is among the contenders for the trophy. It will be a surprise if the host doesn’t finish atop this group. Jug hasn’t suffered a loss since the start of the season. They finished the first half of the season with three wins in the Champions League and 14 victories in the domestic competitions (9 in the Croatian League and 5 in the Croatian Cup).

As in the group in Belgrade, three teams have real chances of reaching 2nd place: Radnicki, Jadran, and Primorac.

Radnicki is the surprise team of the LEN clubs’ competitions this season. After very good games in the Champions League Qualifications, Radnicki convincingly won 1st place in its group of the LEN Euro Cup qualifications. The Kragujevac-based team closed the last year with a loss in the Serbian Cup final, but Radnicki is coming to Dubrovnik to secure a ticket for F4. 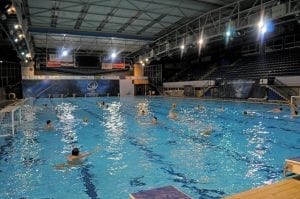 Jadran HN and Primorac have the same ambitions as Radnicki has. Jadran, which hasn’t missed the Final Four since 2016, entered the season with a rejuvenated team, which had a lot of ups and downs at the start of the Montenegrin Championship and the Champions League. On the other side, Primorac has continuously been growing as a team. It has played better and better from game to game since the start of the season. The Kotor-based side advanced to the eighth-finals of the LEN Euro Cup and has a perfect record in the Montenegrin League (5 wins in as many games), so 2nd place in the group isn’t an unattainable goal for Primorac.

Budva and Solaris will try to surprise favorites. Budva already produced a big upset at the start of the Montenegrin League by defeating Jadran.

The top two teams from each group will advance to the Final Four (Zagreb, March 26 and 27).