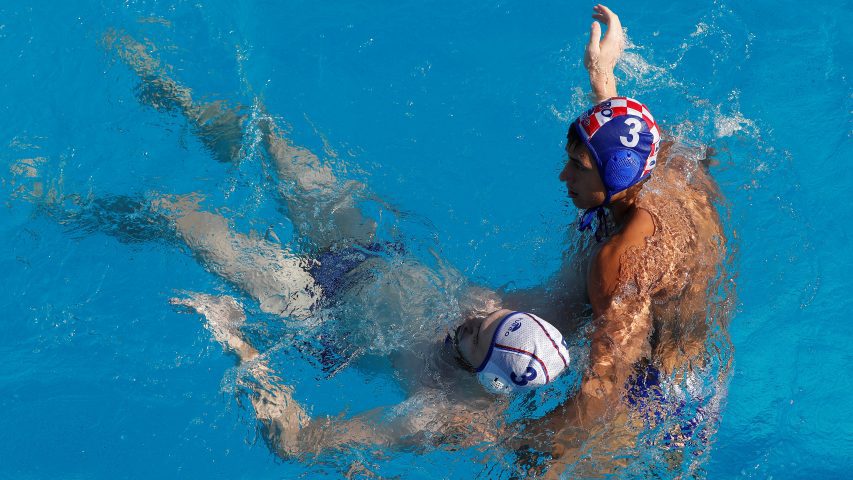 A highlight of the second day of the European Qualifications for the World League Super Final will be an encounter in Zagreb. Croatia will host Russia (Group D).

As for other groups, Italy will play against Slovakia in Trieste (Group C), while France will welcome Spain in Reims (Group B).

All three games will be played on Tuesday. There will be no matches in Group A since only two teams participate (Hungary and Montenegro).

The match in Zagreb is under the spotlight due to several reasons. It will be a replay of epic bronze-medal math at the Qualification Tournament for the Olympic Games played in Rotterdam last year. Besides, this match might be crucial in a race for 1st place in Group D.

A year ago, Croatia defeated Russia after a penalty shootout marathon – 25:24 (regular time – 11:11) in the 3rd-place match of the Rotterdam tournament and qualified for the Tokyo Games, while Russia failed to earn an Olympic ticket for the fourth time in a row (the Russians haven’t played at the Olympics since 2004).

Both teams have changed since the game in Rotterdam. Several Croatian stars retired from the national team – Andro Buslje, Xavi Garcia, Luka Loncar, Paulo Obradovic, Maro Jokovic. The latter might change his mind and continue his career in the national team.

Russia left without an excellent left-handed goalscorer, Konstantin Kharkov. After the tournament in Rotterdam, he decided to apply for Croatian citizenship and to play for Croatia. But, Khrakov, who moved from Mladost Zagreb to Jadran Split last summer, won’t play against his former teammates tomorrow. He will get the right to play for Croatia in 12 days, a year after his last game for Russia (the bronze-medal match in Rotterdam was played on February 26, 2021).

Since the Olympic qualifications, Russia hasn’t played an official match, so it’s hard to predict what the Russians are able for. But, anyway, Croatia is a favorite.

Another reason for the importance of this game is the fact that Croatia has a chance to become the first team that secured 1st position in its group. Croatia is the only team that recorded an away win in the first round (beating Greece 11:10). If they earn at least two points tomorrow (a win in a penalty shootout), the Croats will cement 1st place.

The match France – Spain open Group B, because the first game Germany-France has been postponed. Although France is the host, Spain, which arrives without Felipe Perrone, is the favorite. The Spaniards won silver medals at the last European and World Championships, they finished 4th in Tokyo. But, France is a team that has been growing year after year. Surprises are possible. Just like Russia, the French haven’t played official matches after the Olympic qualifications (when they finished 6th). On the other side, France has no big pressure, since it has already qualified for the Super Final as a host. The tournament will be played in Strasbourg.

World champion Italy, which lost to Serbia on Day 1, is a strong favorite against Slovakia. The Slovaks return to the international stage after more than two years of absence. They haven’t participated in the LEN and FINA competitions since the 2020 Europeans, where they took 14th place.

It should be mentioned that the World League matches aren’t the main goals for France and Slovakia in this part of the season. At the end of this week (February 17 – 20), the two teams will take part in the qualifications for the European Championships in Split.

The Intercontinental qualifications for the World League will be held in Peru will be held in the capital of Peru, Lima between March 7 and 13. The list of the participating teams hasn’t been announced yet.

The top four teams from the Intercontinental Cup, the top three from the European Qualifications, and France will play at the Super Final in Strasbourg (July 23 – 29).

The Intercontinental Cup for ladies will be held in Lima between March 7 – 13, too.