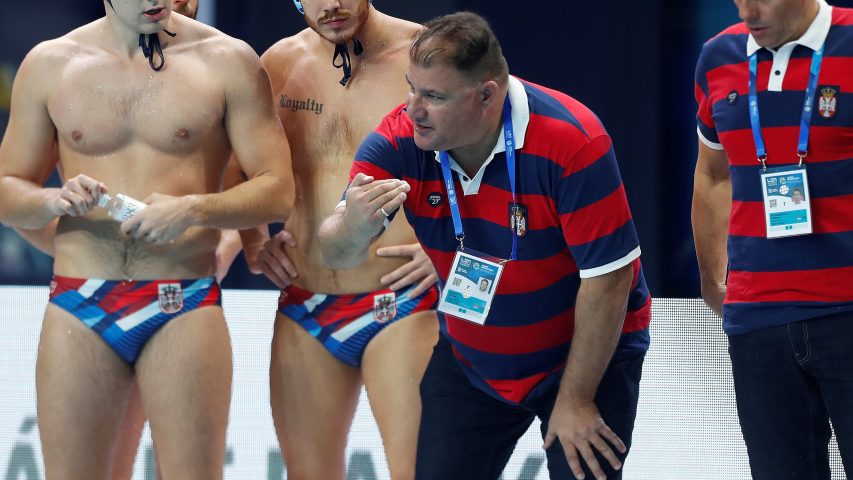 Serbia head coach Dejan Savic has been appointed as the new head coach of Crvena Zvezda.

The decorated Serbian coach agreed with the management to take over the team and lead Crvena Zvezda until the end of the season.

Savic replaces Mirko Vicevic, who resigned several days ago after the turbulent events at the match Crvena Zvezda – Sabac.

The club still hasn’t officially announced the information about Savic’s arrival, which was published by Serbian daily Sportski Zurnal. But, sources close to the club say that Crvena Zvezda and the coach made an agreement and they are finalizing all details of the future cooperation.which could be continued for a longer period.

Savic will coach Crvena Zvezda for the third time. In 2011, he finished his playing career, after a season played in Zvezda. Immediately after, he became the club’s head coach and led the “red-whites” to the title in the 2013 Champions League. In 2013, Crvena Zvezda won all trophies it could – the “double crown” in Serbia (the national league and the Cup), the Champions League, and the LEN Super Cup. He left Crvena Zvezda two years after because he focused on the work with the national team and preparations for the 2016 Olympic Games. Savic returned to Crvena Zvezda in summer 2017, but he left the bench of the first team at the end of the same year.

Coaching Serbia, Savic won 16 medals at major competitions including two Olympic golds (2016 and 2021). He was picked as the best coach in Serbia several times. He received three FINA awards for the best water polo coach of the world (2015, 2016, 2021), awards of the World Water Polo Coaches Association, etc.

He is the most capped player in the history of the Serbian (earlier Yugoslavian) national team. Between 1994 and 2008, he played 444 games and scored 405 goals for the national teams of Yugoslavia, Serbia and Montenegro, and Serbia.

Dejan Savic will be Crvena Zvezda’s third head coach this season. Aleksandar Filipovic guided the club until January when he was replaced by Vicevic.