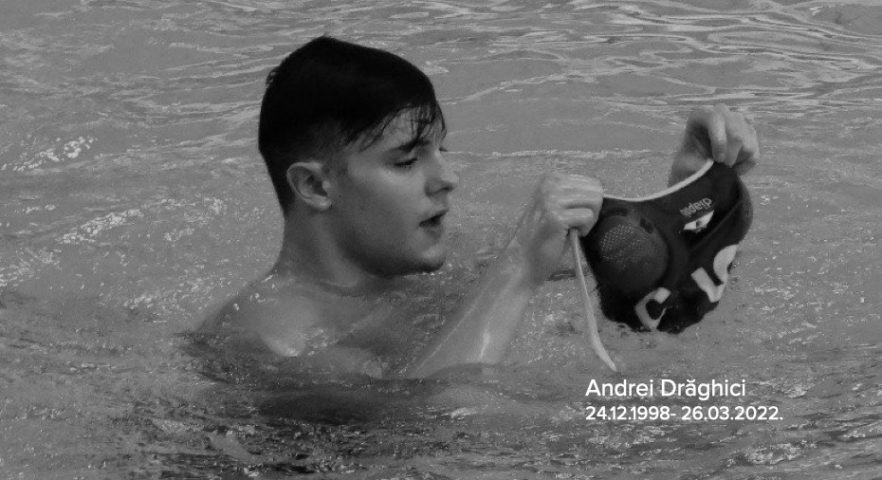 He felt sudden health problems during the second quarter. According to the available information, he couldn’t swim back to defense, after his team’s attack. He stayed close to Rapid’s goal. A goalkeeper of the home team and other players helped him swim to the edge of the pool. Players of both teams and medical staff tried to reanimate him but didn’t succeed.

Dinamo is saddened by the terrible news received this afternoon. Shortly before noon, during the Superliga match between Rapid and Dinamo, played in the Giulești Pool, one of our players complained of a state of illness. With difficulty, he reached the edge of the pool, where he was surrounded by players  of both teams.

The medical staff on the scene and those who arrived later following the emergency calls tried for a long time to resuscitate him, but after about an hour, the death was declared.

The young polo player had trained in sports for more than 15 years and had no known health problems.

Dinamo sends its sincere condolences to the family, hard tried by this shocking loss.

We are with the family and we will give all the necessary support.

God rest his soul! Smooth road to the angels!