There’s been information circulating that Croatia requested the immediate implementation of the new rules determined earlier this year. As many already know, FINA will implement new ruling as soon they are approved by the FINA World Aquatics Convention which will be held in Huangzhou (China) two weeks from now (8th – 11th of December 2018).

Their European counterpart LEN, however, is not planning the implementation of the new rules before season 2019/2020, which could turn the current season into a problem, due to the application of two set of rules across major competitions.

To clarify the situation, we went right to the core and talked with Perica Bukić, one of the authors of Croatia’s request for an immediate rule change in LEN competitions for the current season. The following statements were made during the conversation with Bukić.

Even though the request was directly made by Croatia for now, this appeal to LEN was made in unison with the Italian, Hungarian and Serbian federations along with all of their clubs. Moreover, they want to get the request going because the upcoming three-week season break (December 22nd to January 9th) in the national leagues presents the perfect opportunity to implement the new rules.

Considering the significance of the clubs and federations in unison, they are hoping that all European federations and clubs will follow and support the request, says Bukić. 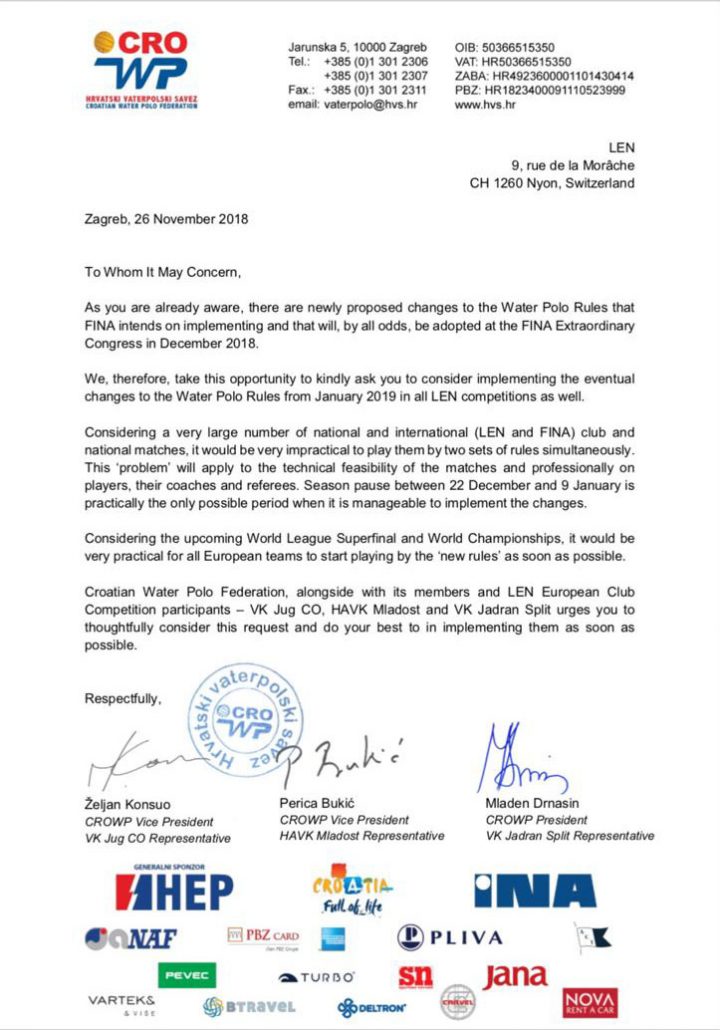 One of the main reasons to implement the new ruling immediately after New Year’s is to avoid the confusion two sets of rules will create among the players. As of now, the finals of the World League and Europa Cup in April and May will be played under the new rules, while the national championship’s and the LEN Champions League (with the Final Eight early June) would stick to their current ones.

This is a reasonable claim, Bukić continues, pointing out that it’s neither good for the players, coaches, and referees, nor for the game itself. Common viewers already have a hard time keeping up with the ruling in the pool, and two sets of rules during the same season would further increase the confusion.

If the immediate implementation request is not granted, the LEN Champions League’s Final Eight tournament would be played under the current ruling, while only a few weeks later FINA’s World Championships would feature the new rules. Next year’s U-20 category and of course all of the women’s European water polo face the same issue. 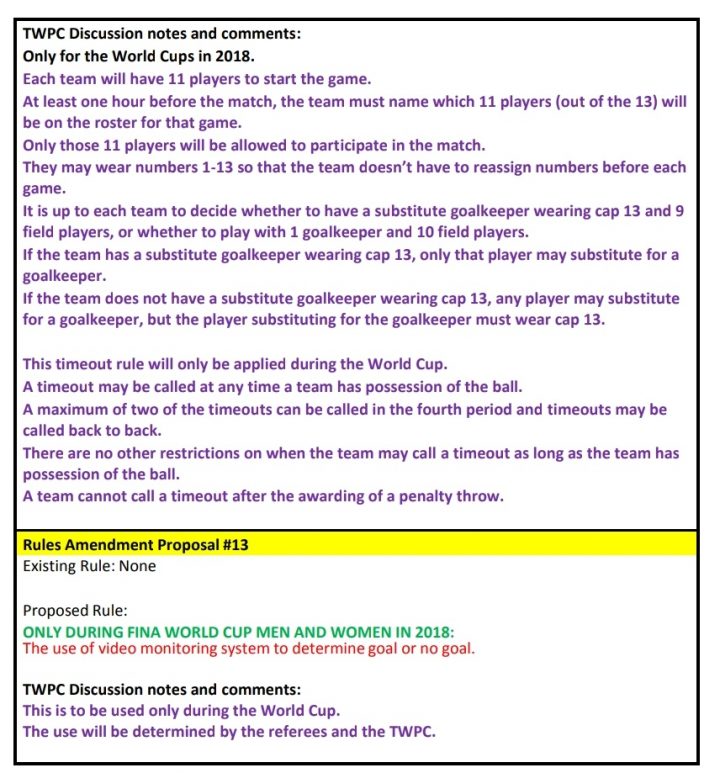 In case LEN doesn’t meet the request, Bukić points out, it will put European teams at a disadvantage. Other continents, which are not affected by LEN’s ruling, will be in a better position, as they play only by the new rules. It would be this year’s FINA World Cup finals in Berlin all over again, where it was clear that the players weren’t used to the rules, along with the coaches who didn’t have their tactics adjusted to the new rules.

On top of all, there’s information that the Italian League will implement the new rules right after New Year’s. It’s hard to imagine what the Champions League will look like when teams from different national leagues following different sets of rules clash.

“The request is sent”

To finish up with Bukić’s words:

“In the arrangement with the four federations of Croatia, Italy, Hungary, and Serbia, as well as all their clubs playing the national leagues and LEN Champions League, we decided to send a request to LEN. We want the new rules to be implemented at the beginning of the new year, during the three-week break, which presents an ideal opportunity.

We hope other clubs and Federations from all around will join and support our request, especially the ones competing in the Champions League this year.”