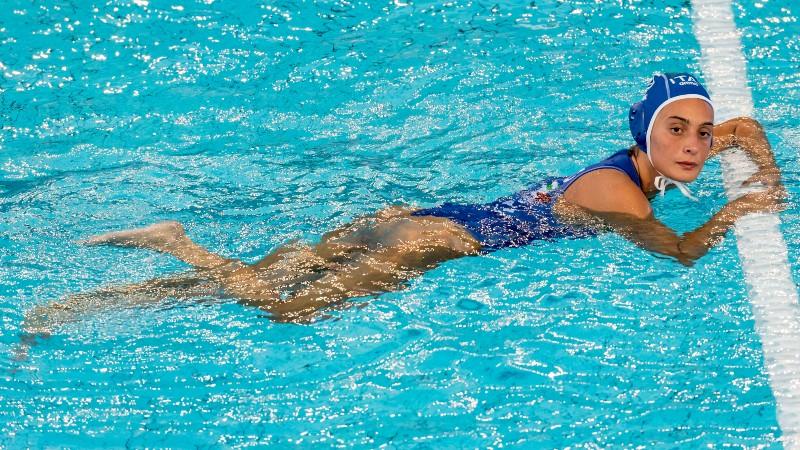 Russia have run out 11-5 winners against Italy in the opening game in Group B in the FINA World League European Qualification competition. Sergei Markoch’s side were deserved winners against an Italian side that never really clicked going forward. Defensively, the home side, playing in front of a few hundred spectators in Ruza, were fantastic, while Maria Bersneva provided the attacking inspiration, with four goals.

Carlo Silipo’s first game at the helm of the Italian national team wasn’t perfect, but he and his coaching staff will know travelling to Russia to win a competitive match is always a difficult prospect, irrespective of who is in the opposing squad. Italy hadn’t played a competitive match in about a year, and with respect to the Italian team, that was evident in what we saw in the pool tonight.

Russia were well worth their victory at home against Italy, who were never really able to match the intensity of the hosts. Sergei Markoch’s young side were free-flowing in attack, but were immensely impressive in defence, which ultimately nullified any Italian threat.

The Italians pushed hard, but were nowhere near as clinical as the Russians, who limited them to scraps or long-shots.

Both keepers were in fine form, Evgeniya Golovina saved numerous penalties, while the Italian between the sticks, Laura Teani, was also in fine form – saving the Italians on numerous occasions.

Russia started on the front foot and took the league within a minute. Olga Lupinogina converted for the hosts after they won a deserved extra-player situation.

But Italy struck back moments later via CSS Verona’s Roberta Biaconi, who found herself free on the left to bounce past Evgeniya Golovina.

Maria Bersneva, who has had a great season so far for Dynamo Uralochka, restored the home sides lead, with a fantastic shot past Laura Teani from position four to put the score at 2-1. But a minute or so later, Sofia Giustini levelled the scores up once more from the top.

Italy then missed a huge chance to take the lead as Lucrezia Cergol fired her one on one straight at Evgeniya Golovina, and Sergei Markoch’s side punished the Italians moments later, as Daria Ryzhkova’s wayward shot took a cruel deflection from an Italian block and dribbled over the Italian line.

After the break, Russia instigated a two goal lead for the first time in the match. Daria Ryzhkova’s perfectly weighted pass from the right found the hand of Olga Lupinogina who could hardly miss for her second of the game.

The two minutes after the fourth Russian goal led to a really open contest. Russia hit the bar twice, while Italy struggled to feed the centre-forward with any poise.

Russia then took a three goal lead with three and half minutes to go when Roberta Biaconi was excluded from the right wing, and Daria Gerzanich converted from the left wing. And it could have been 6-2 from the penalty spot, had Laura Teani not made an outstanding save down to her left.

The visiting Setterosa pushed and pushed, but a determined and gutsy defensive structure from the Russians limited the Italians from shots from distance. And their attacking frustrations were compounded right at the end of the half when Evgeniya Golovina saved a penalty from Trieste’s Lucrezia Cergol.

Into the third, Russia continued to frustrate the Italians, and then punished them on the counter. It was first Maria Bersneva who slotted home in transition for her second goal of the game and her team’s 6th, before Olga Lupinogina converted from the middle of the goal on two meters for her hat-trick.

Then we saw the goal of the game, with Alena Serzhantova rifling the ball from 7m off the right-hand post and into the Italian net to make it 8-2. The result was now in the bag for the Russians, and it was a matter of pride for the Italians.

And with pride, twenty seconds left in the third, the Italians had the ball in the net via Domitilla Picozzi, but the referee was too quick to blow his whistle and gave the penalty instead. Predictably, the Italians missed the penalty, which summed up their evening really.

The Italians won the final swim off in Ruza, and were rewarded moments later with a penalty, given away by Bella Markoch. And this time, it was joy for the Italians, as Domitilla Picozzi converted to pull a goal back for Carlo Silipo’s side.

However, the already muted celebrations were short lived, as Maria Bersneva converted her hat-trick seconds later from the left, with a no look shot right above the keeper’s head. Russia then reached double figures via Polina Popova on the nearside post on a well-worked man-up to put the score at 10-3.

Despite trailing 10-3, full credit must be given to the Italians who kept pushing for goals. Evgeniya Golovina denied them twice within a minute, but she could do nothing about a fantastic back-shot effort from in the pit by Agnese Cocchiere to put the score at 10-4.

SIS Roma’s Sofia Giustini then gave Italy a bit more impetus with a superbly taken shot from an extra-player situation on the left, but when Elisa Queirolo was excluded, it was 11-5 to Russia. The scorer, Alena Serzhantova of Kinef Kirishi, was fantastic throughout the game.

There was a late Italian surge of pressure in the last minute of the game, but it ultimately led to nothing.