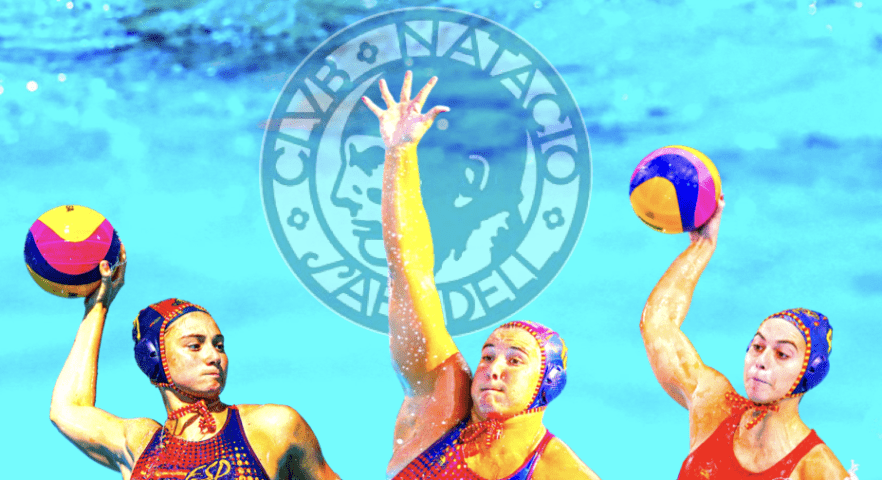 Astralpool Sabadell have made a huge investment in the future of their club, signing three top players from the Spanish National Team. Bea Ortiz and Paula Leiton join the Spanish Champions from CN Terrassa, while Elena Ruiz completes her long-anticipated move to Sabadell from CN Rubi.

Ortiz, 26, and Leiton, 22, were perhaps always destined to return to the club they both spent three years at (2016-2019) after a fairly underwhelming spell at CN Terrassa.

David Palma will be most excited though about securing a contract with one of the biggest young talents in world water polo, Elena Ruiz.

The seventeen-year-old is regarded by many to be the biggest prospect in the women’s game, having already finished as the Spanish Division de Honor’s top goal scorer in the 2020/21 season, and making her Olympic debut just months later in Tokyo, both at the age of just sixteen. The teenager made 34 senior appearances in the Division de Honor for Rubi in total, netting a staggering 84 goals.

Despite her age, Ruiz was not only an integral part of her club, but she also steps up when playing for the Spanish senior national team. She scored thirteen times in seven games at the Tokyo Olympics, and netted fourteen at the World Championships in Budapest just a few weeks ago.

Other business at the club includes the re-signing of Sabrina Van der Sloot. Departures from the club include Sabadell’s two Americans, Maggie Steffens and Brigitta Games, as well as the Dutch International, Maartje Keuning – who is still out with an injury.