Sabadell have advantage over Mataro after first championship decider 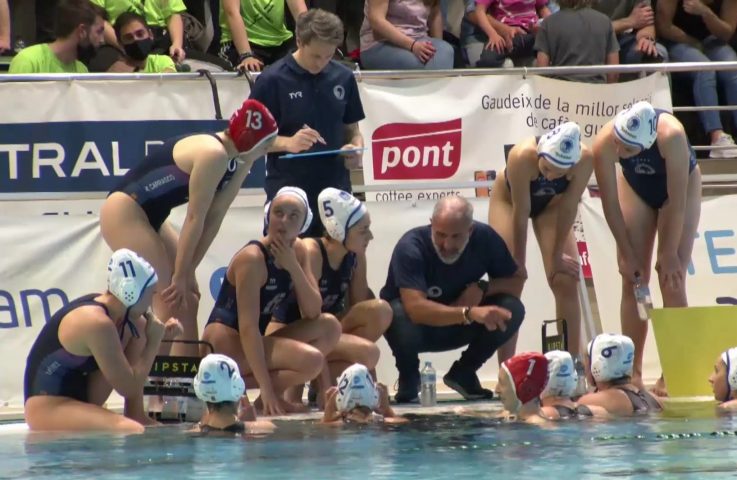 Sabadell were on balance the better side and found the back of Maria Sanchez’s net when it counted. They led for the majority of the match, putting the onus on Dani Ballart’s side to break their deadlock, particularly on the man-up plays, which Mataro ultimately could not do.

It appeared that Sabadell were fixated on not letting Simone Van de Kraats have a sniff at goal, perhaps to their peril as Silvia Morell and Bella Markoch both secured hat-tricks in the match. But the defence on the whole was strong for Sabadell, which probably proved to be the difference between the two teams.

Its important not to forget that Sabadell were without two of their crucial players, Maica Garcia Godoy. However, they did well to get the victory without them.

It was nip and tuck for the whole of the first half, and fairly uneventful in front of goal in the second period with only two scores from Van der Sloot and Silvia Morell for their respective sides.

However, the real game changer in the game appeared at the end of the third when the increasingly noticeable Nona Perez struck twice within a minute to put Sabadell 7-5 ahead – the second, a low cross-cage shot was particularly impressive from the youngster.

And while goals from Van de Kraats and a delicate Markoch dink to the far post, sandwiched between an Irene Gonzalez finish for Sabadell,  pulled their side back into the game, Judith Forca once again gave Saba a two goal cushion with 5 minutes left that Mataro didn’t look like overturning.

Silvia Morell in transition and a gorgeous long range shot from Van de Kraats again gave Mataro some hope, but Sabadell’s two most reliable imports, Maggie Steffens and Sabrina Van der Sloot, put the match to bed and secured an important home win for the 18 time champions of Spain.

The victory will obviously give Sabadell a lot of confidence that they can get the league wrapped up in the next match at Joan Serra on Friday – confidence that they arguably very much need after a shaky few weeks. It would be their 19th national title if they could get the win against Mataro, but there is a lot of water polo to be played before then.

For Mataro, they will be hurting from this one, but failure is often what they need to be dangerous and instigate brilliant performances. With the quality in their team, and especially the way some of their top players were not at their best tonight, it is foreseeable that Sabadell will have to absolutely bring their ‘A’ game on Friday to win the second match.

There is no doubt though that Sabadell are in the driving seat with the tie being 1-0 in their favour, but there is also no doubt the next game will be even more entertaining than tonight’s.