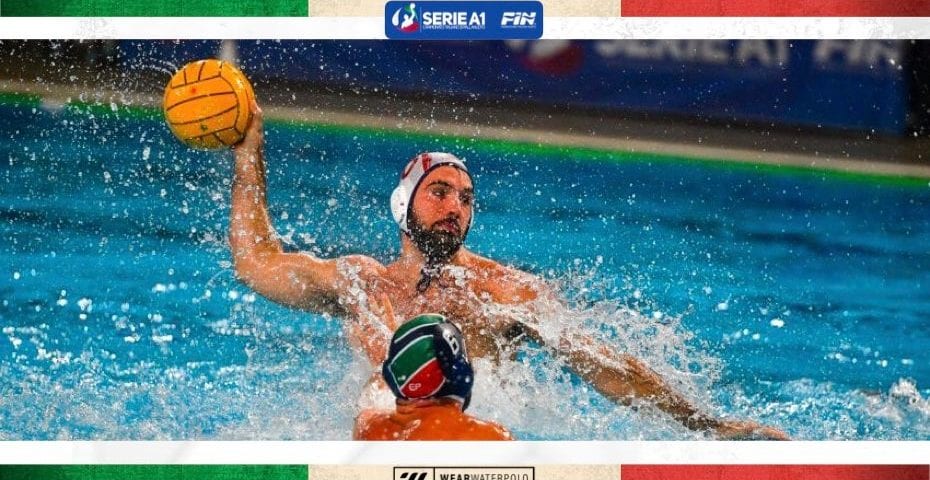 Savona recorded a big win on the 2nd day of the 2nd phase of the Italian League. Savona defeated Ortigia 10:6. The red-whites even had a 7-goal lead. The Sicilians were the visitors in this match. Still, they were the favorites, and this outcome is surprising

Brescia, the third Italian club in the Champions League, didn’t play today. Angelos Vlachopoulos tested positive for coronavirus a few days ago. He has no symptoms, but the Health Protection Agency put the entire team in quarantine. Therefore, Brescia, which is currently 2nd in the Champions League Group B, wasn’t able to play against Salerno today. Besides, the Final Four of the Italian Cup, which had been scheduled for March 18 and 19 in Palermo, was also postponed. Brescia,Pro Recco, Ortigia and Telimar Palermo qualified for the F4.

Posillipo and Trieste shared the points in the most exciting match of the day (8:8).

Groups for the title, Day 2

Pro Recco started slowly against Telimar. After less than three minutes of the game, the hosts led 2:0. But, then Recco scored nine goals in a row. The visitors leveled the score by the end of the first period. Their attack worked perfectly in the second quarter. Recco netted five action goals and two with a power-play advantage to build a 9:2 lead. The third period was balanced, but Pro Recco retook control in the final period. The best scorers were Dusan Mandic and Matteo Aicardi. Each scored three goals.

The visitors were mostly in front during the encounter between Posillipo and Trieste. In the middle of the second quarter, Trieste earned a 2-goal lead (3:1), but Posillipo managed to equalize early in the third quarter (3:3). Posillipo’s Scalzone was excluded for a brutality foul in the 20th minute, and the hosts played with a player less until the end of the third quarter. But, their defense worked quite well, and Trieste didn’t make a big difference. Petronio converted a penalty after brutality for 4:3, and Mladossich doubled the visitors’ advantage in the last minute of this period (5:3).

Posillipo started coming back after the last break. Trieste maintained a 2-goal advantage until the 27th minute (7:5). After that, Posillipo scored three unanswered goals in less than three minutes and took the lead (8:7) for the first time in the match. The hosts had a man-up for a 2-goal advantage, but they missed a chance. Trieste’s center-forward Nemanja Vico found the net with an extra-man 19 seconds before the final buzzer, and the visitors saved the point – 8:8.

Savona stunned Ortigia in the first half. The Sicilians took an early 1:0 lead (Vidovic converted a man-up), but, the hosts responded with a 4:0 series. VIdovic closed the first period with a goal for 2:4, and it seemed that Ortigia could return into the match.

Savona, led by Andrea Fondelli, ruled the field in the second quarter and jumped to an 8:2 lead. Fondelli found the net from a penalty shot in the 18th minute to stretch the margin to seven (9:2) and the visitors couldn’t come back, although they consolidated their defense.

Today’s loss is Ortigia’s fifth consecutive defeat after it didn’t win a single point at the second “bubble” tournament of the Champions League last week.