The city of Recco paid tribute to one of the best water polo players in history Tibor Benedek, who passed away on June 18, 2020 at the age of 48, once again.

The path that connects Recco’s pool and the street is officially named after the Hungarian ace – “Tibor Benedek Staircase” (“Scalinata Tibor Benedek”).

A memorial plaque was unveiled by his wife Panni Epres and Tibor’s eldest daughter, Ginevra, at the ceremony held this afternoon. 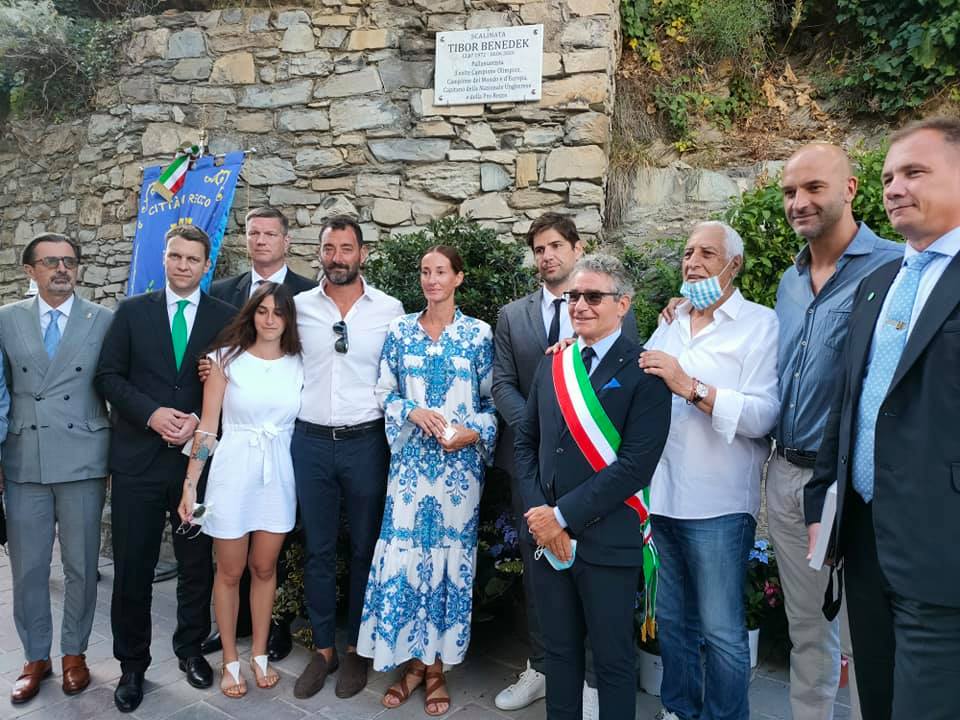