Serbia and Croatia open new year with draw in Belgrade 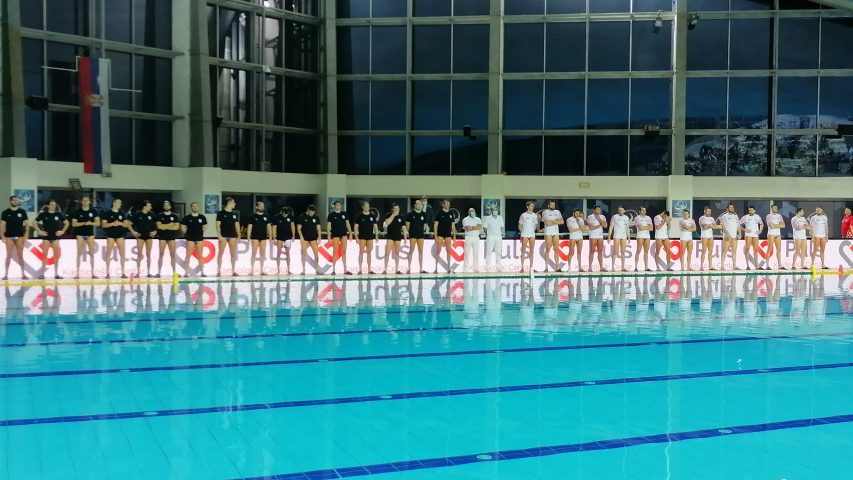 The first international water polo game in the world in 2022 was played this evening.

Serbia and Croatia faced off in a friendly game in Belgrade. The encounter between the big rivals ended in an 11:11 draw.

Each side had ups and downs in this game. Serbia had a 5-goal lead in the middle of the third quarter. Croatia managed to catch up with the hosts in the fourth quarter. Both teams missed chances to secure a win in the final minutes.

Since the previous encounter between the two powerhouses, played in the group stage of the Tokyo Olympics (Croatia won 14:12), both teams have been changed significantly. Six Serbian aces retired from the national team (Filipovic, D.Pijetlovic, G.Pijetlovic, Prlainovic, Aleksic, S.Mitrovic). Buslje, Jokovic, Garcia, Obradovic, Loncar said goodbye to the Croatian national team. So, both teams are at a new beginning.

Today’s game was Serbia’s first match after the victory over Greece in the Olympic final. On the other side, Croatia played three friendly games in the past few months (it beat Italy and Montenegro and lost to Italy in Zagreb).

After a balanced first half, Serbia had a minimal 5:4 lead. The Croats were never in front, but Serbia didn’t have a 2-goal lead in the first two quarters. The hosts opened the second half excellently, Djordje Lazic found the net in the first possession in the third quarter and two goals separated the rivals for the first time (6:4). Immediately after, Serbia’s second pick goalie Dimitrije Risticevic saved a penalty shot. The Croats paid for that miss quickly. Brothers Strahinja and Viktor Rasovic scored a goal from a counter-attack each and the Serbs went to 8:4. Three minutes before the last break, Marko Radulovic scored a fine action goal for 9:4 and it seemed that the Serbs had secured a win. But, Croatia was able to come back. In the last 109 seconds of the third period, the visitors netted three straight goals and trailed 7:9 before the final quarter.

The Croats, led by the best scorer of the match Loren Fatovic and Hrvoje Benic, cut the deficit to one goal (9:10) in the middle of the fourth period. Viktor Rasovic doubled the Serbs’ advantage by converting a man-up for 11:9. Still, the finish belonged to the Croats. Benic made it 10:11 from a penalty shot. Ivan Domagoj Zovic scored from 6 on 5 and leveled at 11:11 with two minutes left on the clock. In the remaining time, both teams had chances to secure a victory. Serbia had the last big opportunity for a winning goal. Still, Croatia’s second goalie Ivan Marcelic saved a close-range shot from Viktor Rasovic 15 seconds before the buzzer.

Goalkeeper Branislav Mitrovic, the most experienced player of the rejuvenated Serbian national team, debuted as a new captain of the Olympic champions this evening. After the match, Mitrovic commented:

“We had ups and downs throughout the match. I regret it because this new Serbian team didn’t win in its first game. We saw some good and bad things in our play. However, this game proves that this team has potential and quality, but we have to work a lot to reach the desired level of our shape.”

Jerko Marinic Kragic, one of the players who became a regular member of the national team after a series of retirements, said for Total Waterpolo:

“Considering the fact that we were incomplete in this match because a few players were missing due to injuries or the obligations in their clubs (new captain Krapic, Basic, Kharkov who still hasn’t the right playing for Croatia – Ed), I think that we can be satisfied with this outcome and our play. A draw with the Serbian team, which was complete, in Belgrade is a good result. We were five goals down, but we showed character and managed to come back. We even had a chance to win.