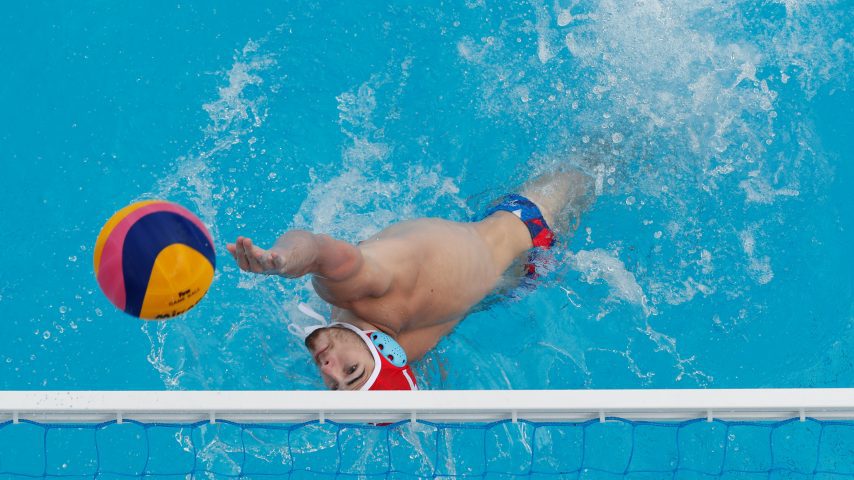 Serbia beat Slovakia convincingly (18:9) in the third round in Group C of the European Qualifications for the World League Super Final.

The Serbs confirmed 1st place, while Italy will go to the European Final Eight from 2nd place in Group C.

Spain demolished Germany in Group B (16:7). The Spaniards qualified for the F8, but the competition in this group hasn’t been over yet. Next week, Germany and France will play a postponed match of Round 1.

Three weeks ago, Spain suffered a quite surprising loss to France (11:14). Today, the Spaniards, playing without Felipe Perrone, Miguel del Toro, took a flying start. The hosts blew Germany away in the first two quarters and a half of the game in Barcelona.
At halftime, the hosts had an 8:0 lead. In the third period, Barroso found the net for 9:0. The Germans got on the scoreboard in the 21st minute! Schutze scored an action goal for 1:9.

The rest of the game was quite balanced. However, Spain even had an 11-goal lead twice (15:4, 16:5). The visitors narrowed the gap with two late goals. Roger Tahull, who netted five goals, received an award for the MVP of the game.

The final standings in this group will be known next week. On March 15, Germany will host France in the postponed match of Day 1 . But, after a big loss in Barcelona, Germany has slim chances of reaching 2nd place.

Serbia played with a very young team in Bratislava. There were no Olympic champions on the roster, while five Serbian players debuted for the national team – two goalkeepers Misovic (the best goalkeeper at the World U20 Championships in Prague last year ), Bulajic, and three field players – Milojevic, Martinovic and Nesic. Still, the rejuvenated team defeated the hosts with ease. The Slovaks scored the first goal in the match, but the Serbs responded with seven, they went to 7:1 and maintained a 6-goal difference until the middle break.

In the third quarter, the Serbs stretched the margin to nine (15:4) and kept the distance until the end. The best scorers were Gavril Subotic and Djordje Vucinic. Both scored four goals. Nikola Lukic was voted the MVP of the match.

Last week FINA allowed Russian athletes to compete as neutral athletes and teams. But, the Russian water polo team won’t continue the season in the World League. A new date and venue of the match Russia – Greece haven’t been determined.

Croatia will play against Italy in the quarterfinal stage.