Serbia shows no mercy to Romania and finishes 9th in Europe 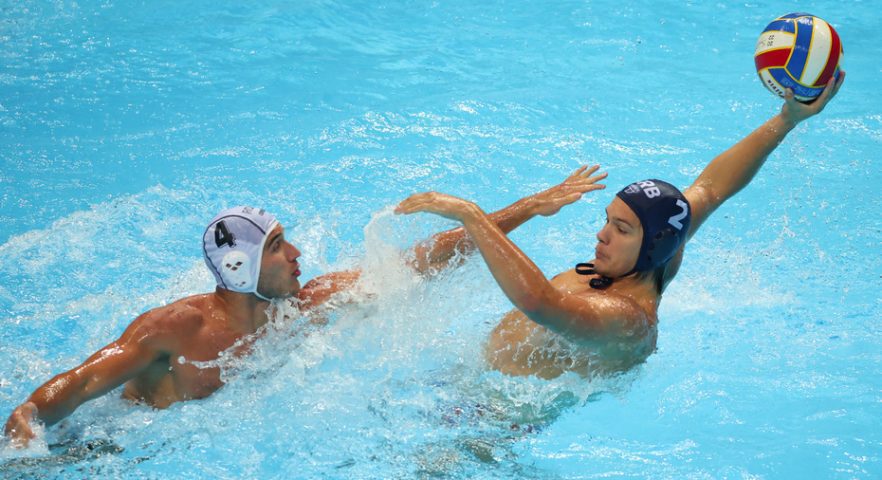 The sixth day of the 35th Men’s Championships in Split began with matches for 9th – 12th place classification.

The only of the “Big Seven” that didn’t qualify for the quarterfinals – Serbia finished the Championships in 9th place.

The Serbs demolished Romania 17:1 in the 9th-place game. The Netherlands was better than Israel in the match for 11th position (17:7)

Serbia finished its disappointing appearance at the 35th Men’s Championships with a convincing victory over Romania. The Olympic champions played with only two Olympians against Romania, just like the game against the Netherlands (Randjelovic and S.Rasovic).

Serbia proved that it is, even with a rejuvenated squad, which is additionally decimated due to injuries and illnesses, still too strong for Romania.

The Serbs rushed to a 3:0 lead. Romania got on the scoreboard in the 5th minute (Colodvorischi). But, the Romanians have to wait for their next goal at the Europeans until the 36th Championships in Israel, at least. Their western neighbors’ defense was strong and didn’t let a single goal in the remaining time. As the game was approaching an end, the Romanians were more and more discouraged and made Serbia’s task easier.

Radomir Drasovic and Vasllije Martinovic led the attack with four goals each.. 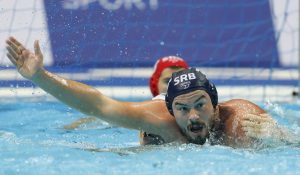 The encounter between Serbia and Romania is the first one at the male’s tournament in Split in which a losing team scored less than three goals. The Serbs held the previous record by this criterion (18:3 against Israel in the group stage). However, it is a slim consolation.

For the first time in the history of water polo, both Serbian national teams achieved the same final result at the same tournament. The female team finished 9th in Split too. In the previous editions of the Europeans, Serbia’s men were always far better ranked than the women’s national team. Serbia

“This agony finally came to an end. Now, we have to analyze everything and what we have to do in future.”

Dusan Mandic, who was ill before the Championships, didn’t play in the last two games. He wasn’t in the pool today. A Serbian journalist asked Savic for comment regarding Mandic. The head coach said that he composed the team, but the decision not to include Mandic on the roster certainly wasn’t his.

“A win at the end of the tournament wasn’t as important as the fact that the team had to show its character in the last game. Unfortunately, we had to do that in the classification matches. Now, when everything is over, we have to be honest with ourselves , realize where we are, and move from the bottom where we are as soon as possible.”

The Dutch, who were on equal level with some powerhouses like Spain or Serbia, had no problems in beating debutant Israel. 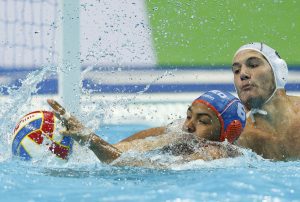 The Netherlands earned a 6:1 advantage in the middle of the second period. Eight minutes later, the score was 10:2, and from that point on, the difference was never smaller than seven goals.

Lucas Gielen and Flemming Kastorp scored three goals each for the Netherlands.