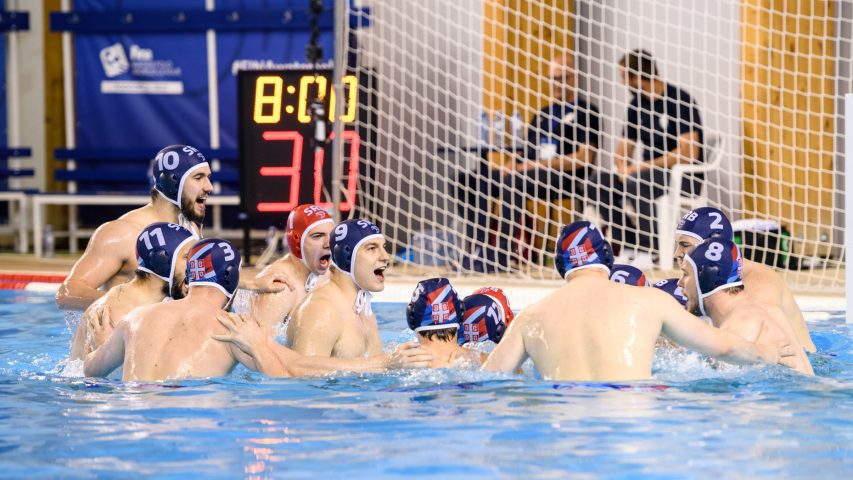 Serbia finished the European qualifications for the World League Super Final with a perfect 5-0 record. This evening, the Olympic champions beat Italy (12:9) in the gold-medal match at the Final Eight in Podgorica to win 1st place.

But the final wasn’t the big match of the day.

All eyes were on the third-place game, Spain – Montenegro. The last available ticket for Super Final was a stake in the bronze-medal match. Spain recorded a 15:10 win in an action-packed game and joined Italy and Serbia, which qualified for the Super Final by advancing to the final. France has qualified directly as a host

Although this was a qualification tournament, the first three teams received medals at the awarding ceremony after the final.

The Super Final will be held in Strasbourg between July 23 and 29. A new World League winner will be crowned in Strasbourg. Montenegro won the gold medal last year.

*Qualified for the Super Final. The full list of the participating teams is at the end of the article.

The final was the second encounter between Serbia and Italy in the 2022 World League. Serbia defeated Italy 12:9 in the group stage in the game played in Sabac in January. Today’s match produced the same result. 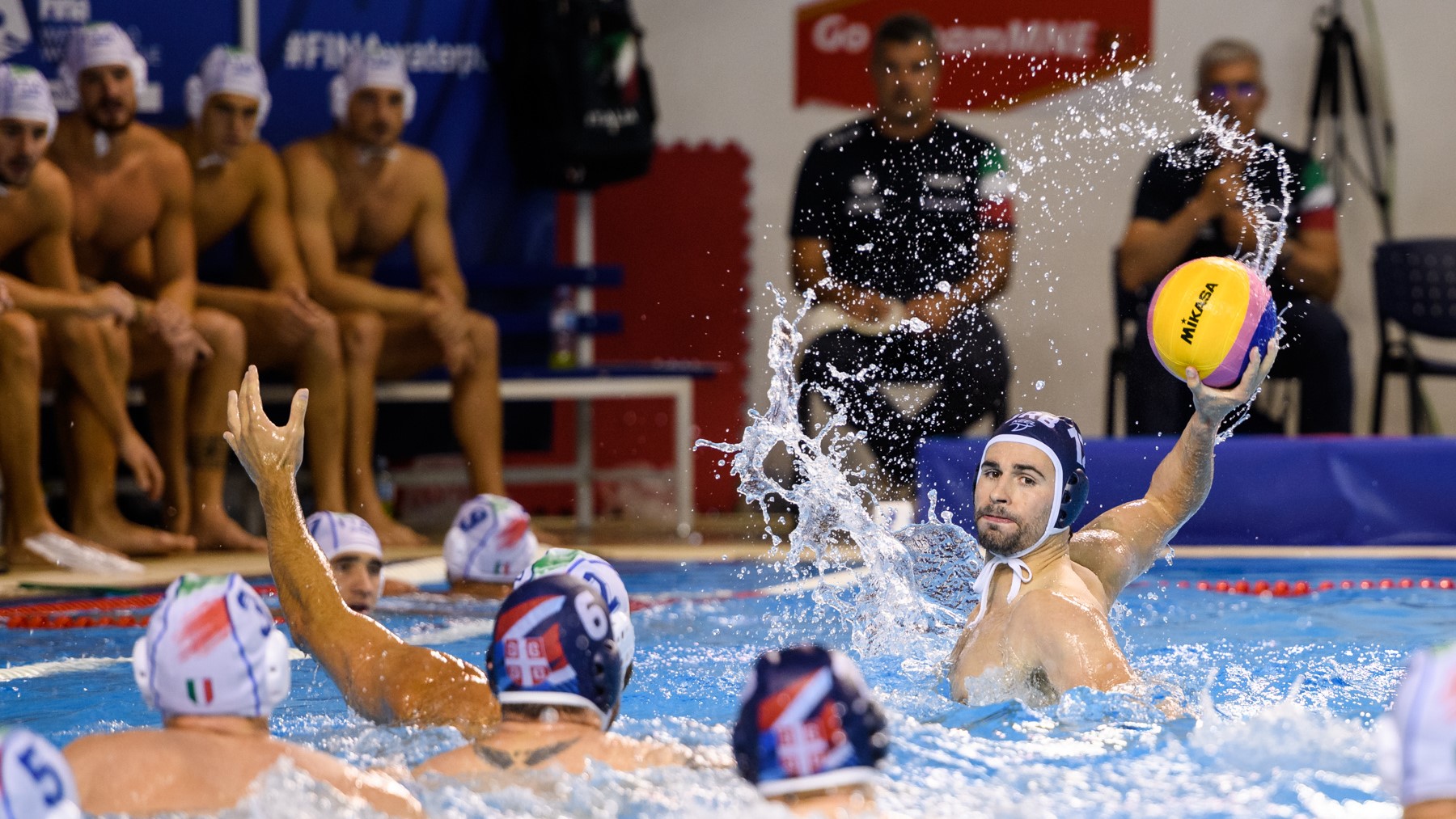 Today, the Serbs controlled the game in the first half. But, they couldn’t make a significant difference in the first two quarters. The World champions leveled the score three times (1:1, 3:3, and 4:4). In the 14th minute, Dusan Mandic scored a nice goal from the deep right to convert a man-up for 5:4. Four seconds before the middle break, Marko Radulovic scored from another extra and the Serbs had a 6:4 advantage before the second half. 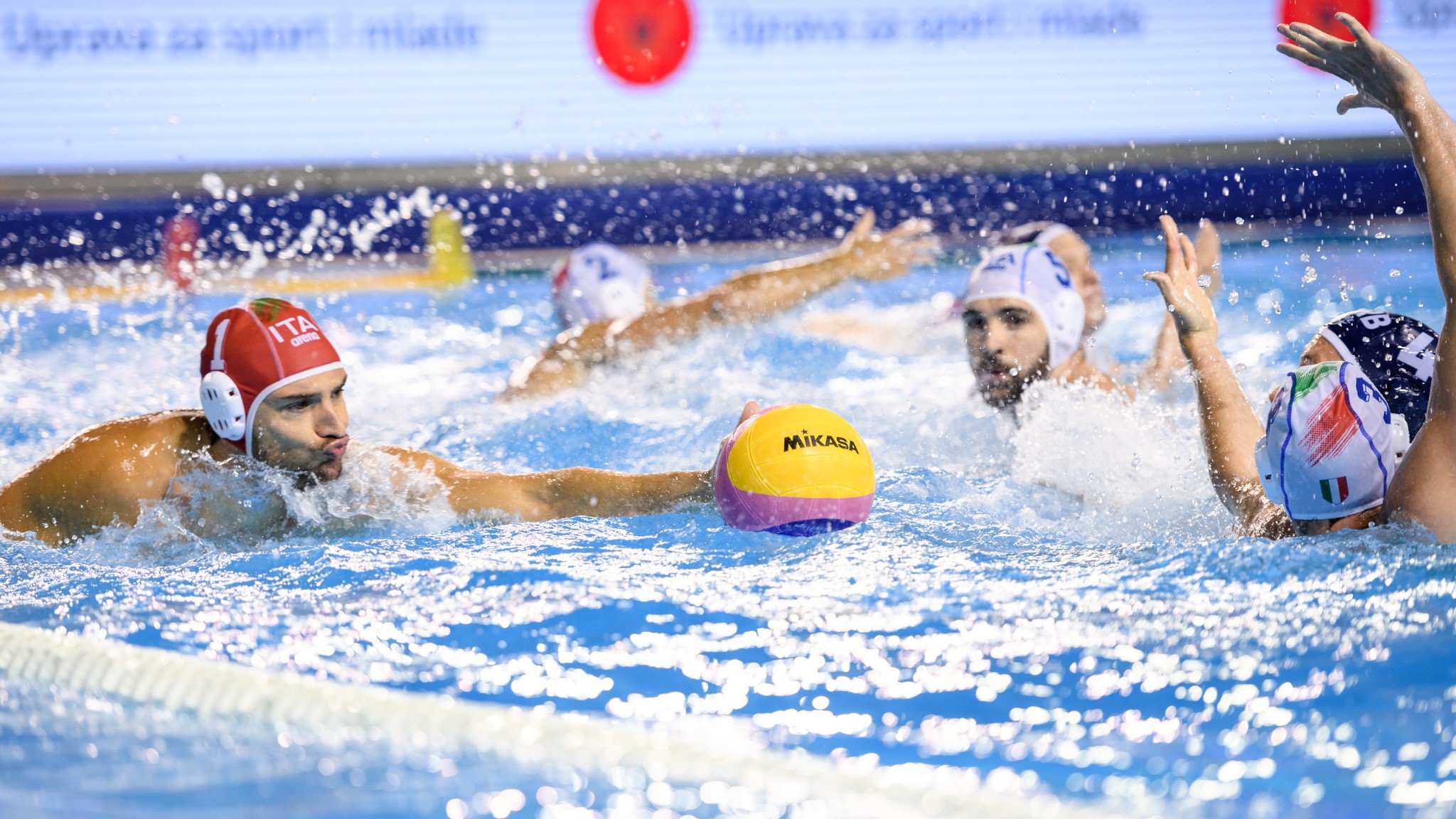 Italy earned a man-up in its first possession in the third period. Lorenzo Bruni sent the ball into the net for 5:6. Midway through this quarter, Serbia streched the margin to three (8:5). Di Somma scored from a 6 on 5 for 6:8, but Drasko Gogov answered immediately with an action goal and Serbia led 9:6 at the last break. 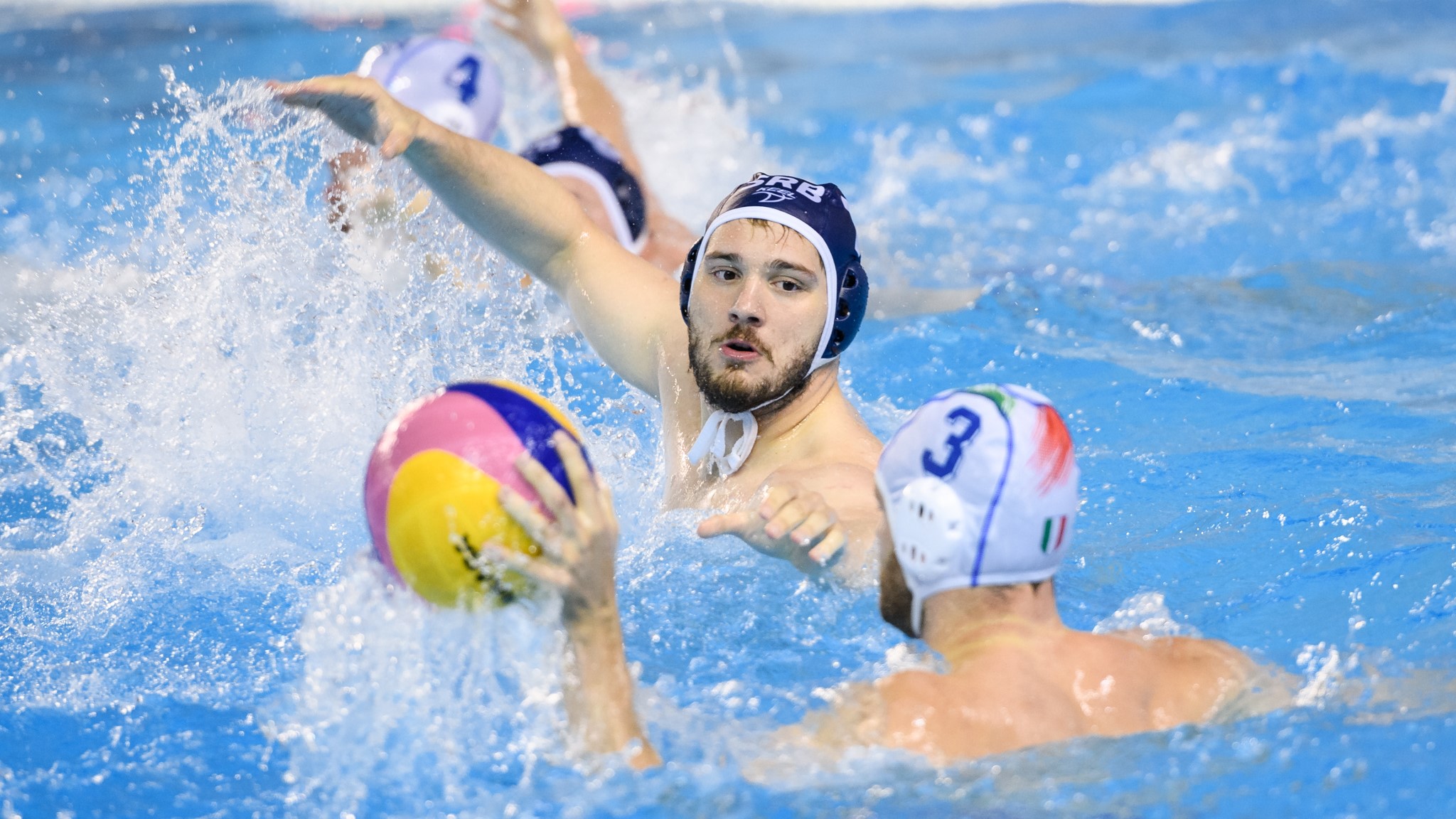 In the 27th minute, Drasko Gogov scored his third goal, the Olympic champions went to 10:6 and were very close to a win. The Italians reduced the gap to three goals twice (7:10 and 8:11), but Serbia responded on both occasions. Dusan Mandic made it 12:8 with 01:54 remaining on the clock and killed the Italians’ last hope.

Damonte scored the last goal in the match, so the rivals “copied” the result of the game played in Sabac three months ago. 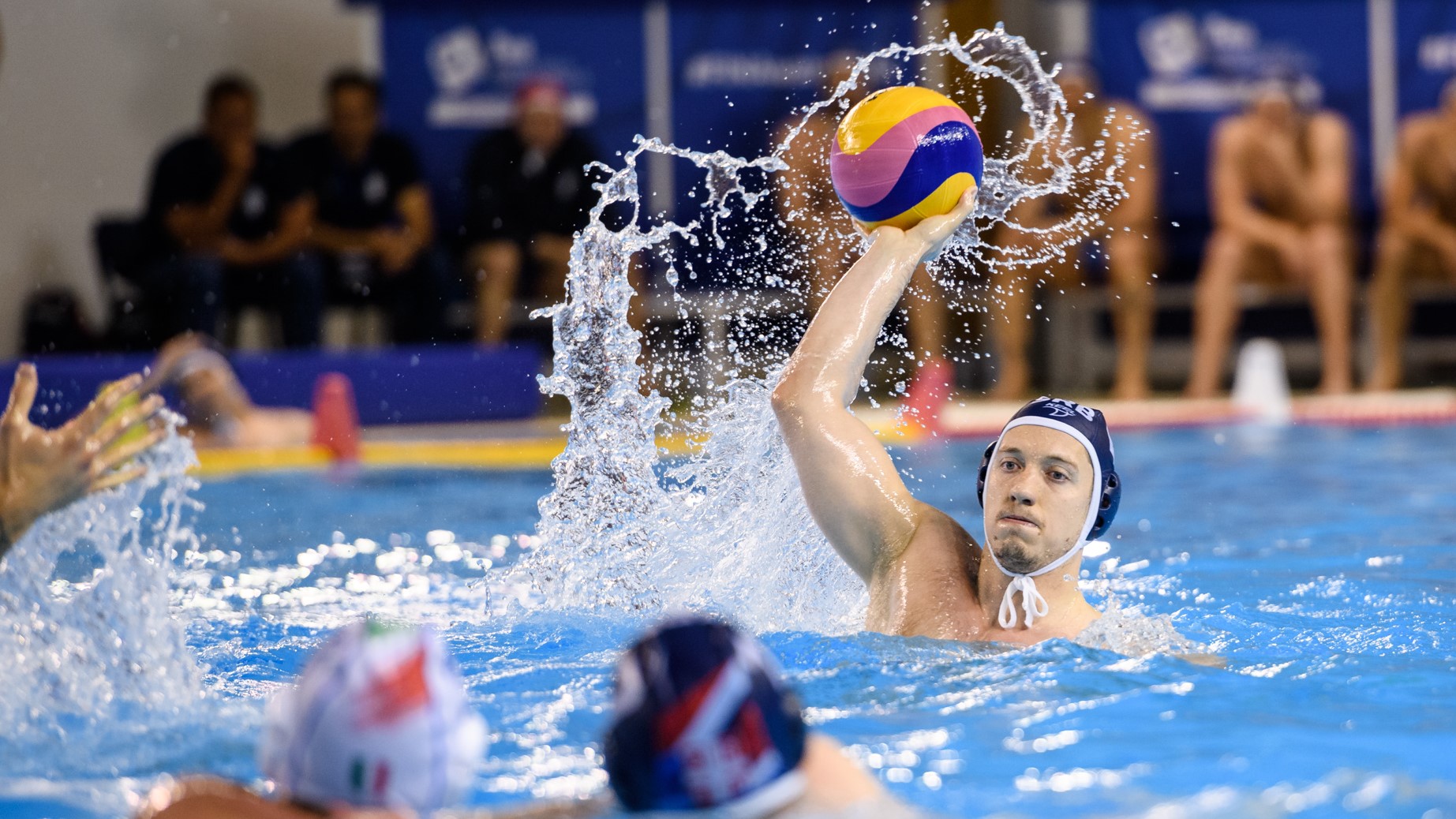 Sava Randjelovic, who did a great job in defense was the best player according to the Total Waterpolo Arena (3 blocks, 1 goal, 1 assist). Dusan Mandic received an official MVP of the Match Award.

There were a lot of exclusions in the match (20 for Italy and 19 for Serbia). Six players (three on each side) finished the game before the final buzzer due to three personal fouls. 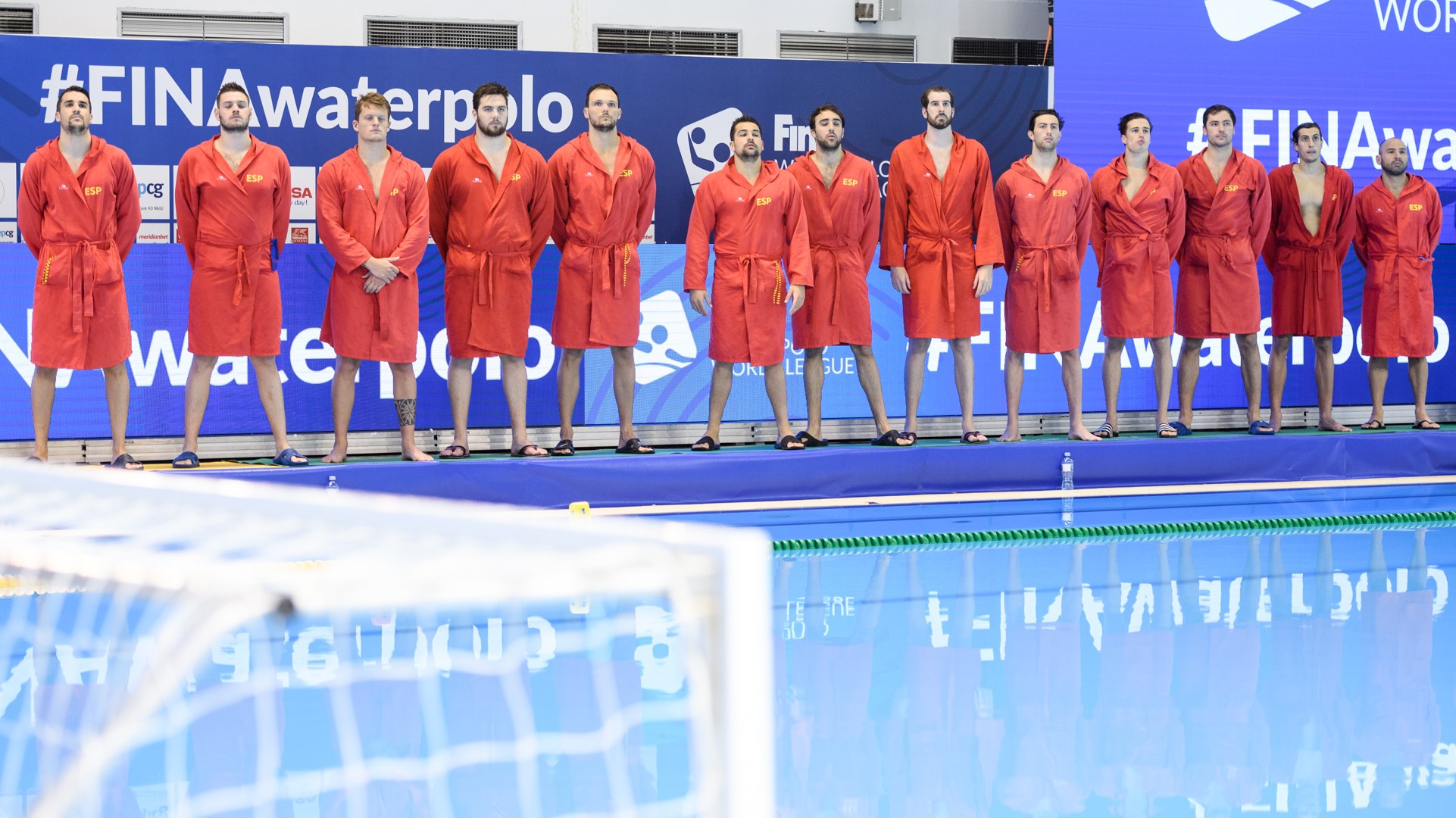 Spain had a 4-goal lead already in the first quarter. At the end of the game, five goals separated the rivals. However, the game wasn’t a leisurely cruise for the Spaniards. A young Montenegrin team overcame an early deficit and came back into the match. The hosts caught up with the Spaniards in the middle of the game. Spain secured the win in the last ten minutes.

Spain got off to a flying start. They scored three goals in the first 85 seconds (Munarriz, Perrone, Granados) for a 3:0 lead. Petkovic added the fourth goal in the first two minutes for 1:3. But, the Spaniards built a 5:1 advantage (6th minute). They led 6:3 at the end of a high-scoring first quarter. 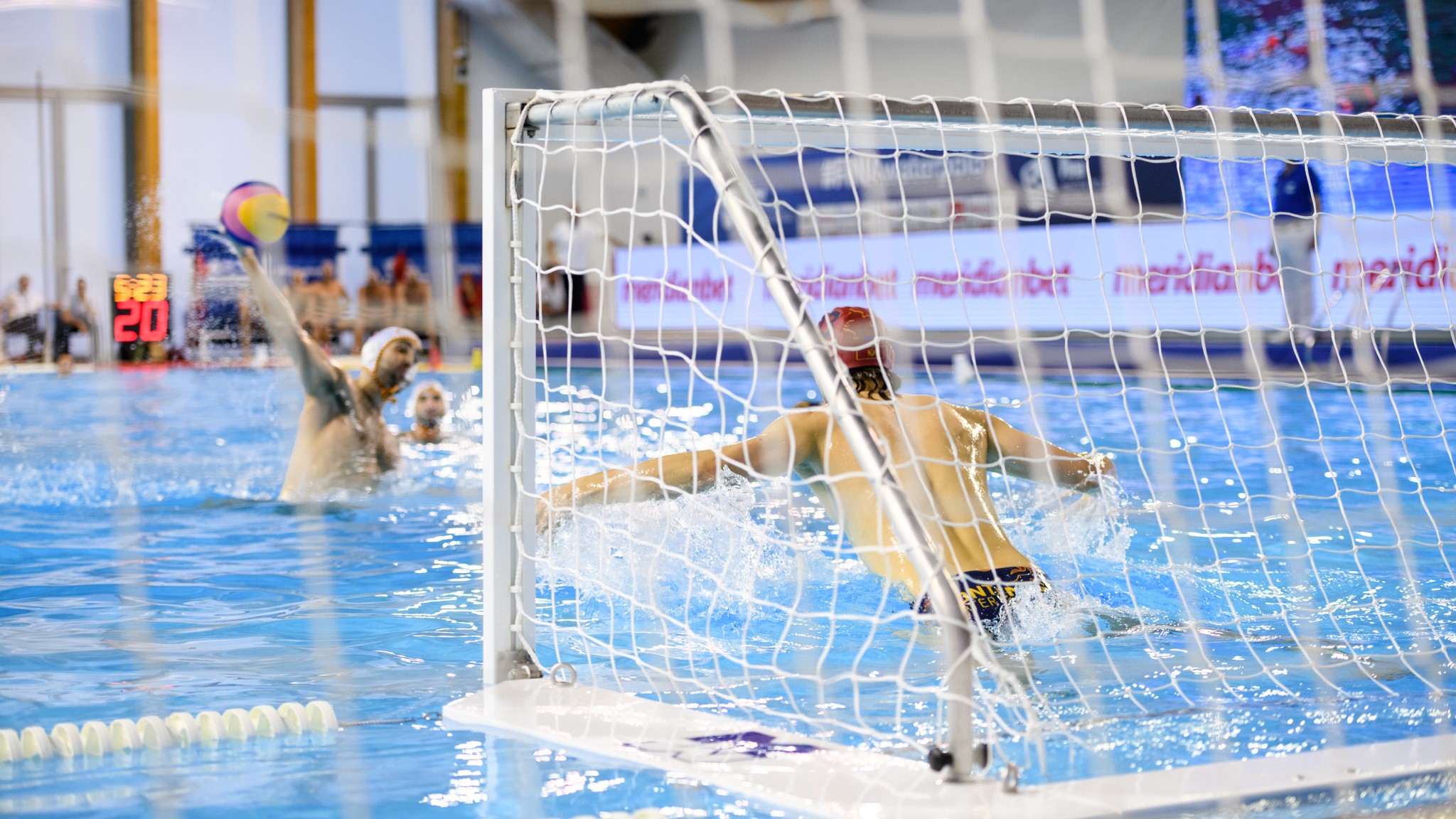 The hosts started coming back. Goalkeeper Petar Tesanovic, who played an excellent tournament, posted one save after another (he blocked 15 shots today). In the 11th minute, Petkovic scored for 4:6. Immediately after, Tesanovic saved a penalty shot from Larumbe. Then, Petkovic added another goal, this time with an extra player. Mrsic leveled at 6:6 with 43 seconds left on the clock in the first half. 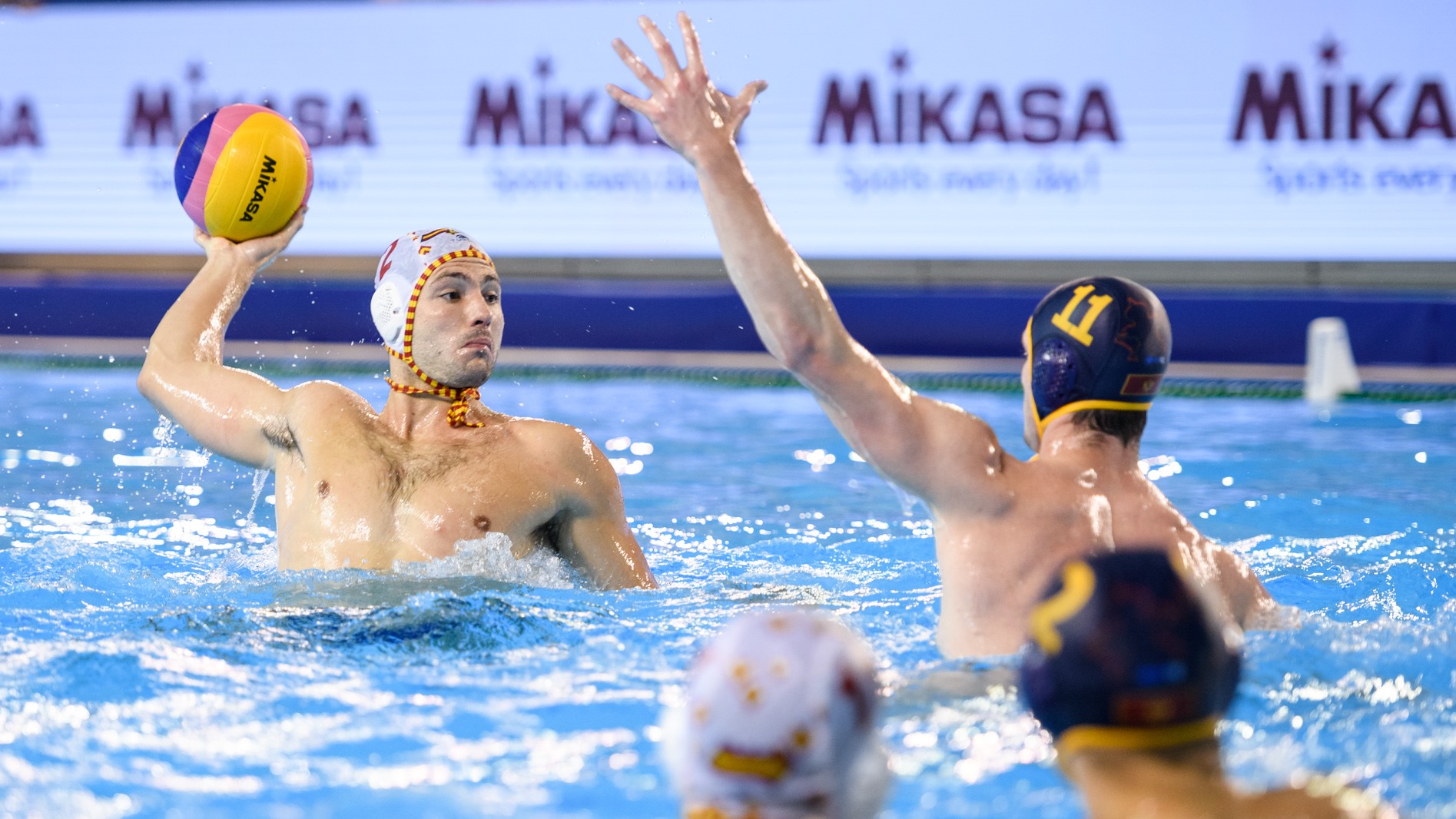 Bernat Sanahuja opened the third period with a goal for 7:6. Vucurovic replied with a double man-up for 7:7. The Montenegrins had a chance to take a lead but failed. In the 21st minute, Spain earned one more penalty, but Tesanovic posted a new save. This time, he emerged as a winner in a duel with Alvaro Granados. But, shortly after, Granados converted a man-up. Munarriz added an action goal for 9:7. Perkovic responded for 8:9, but Spain entered the final period leading 10:8 as Sanahuja scored from a 6 on 5 just six seconds before the buzzer. 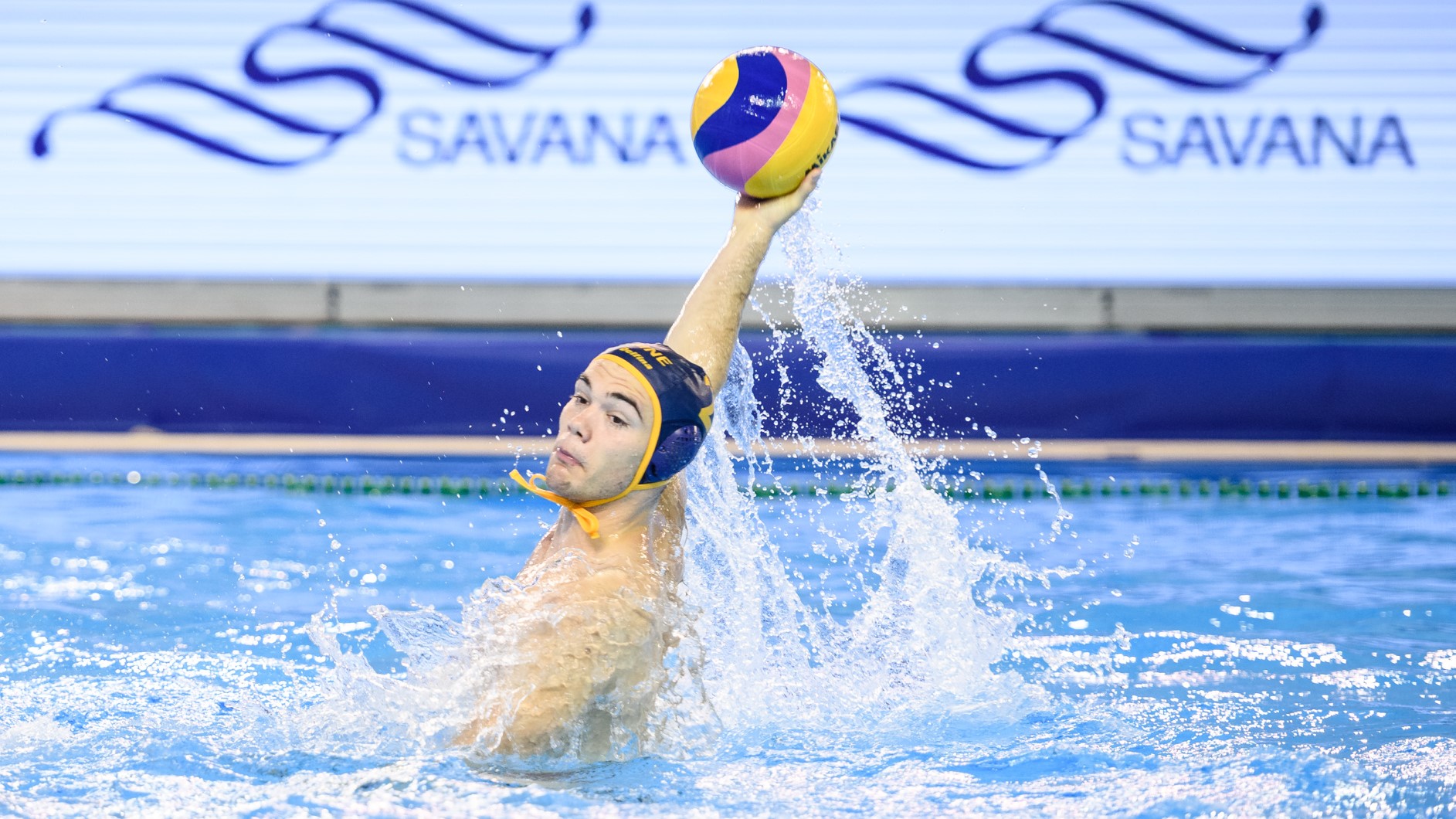 Tahull made it 11:8. In the middle of the fourth period, Spain earned the third penalty shot in the match. Munarriz took responsibility. He made no mistake from the 5m line to give Spain a 12:8 lead. Montenegro couldn’t come anymore. Everything was decided.

In the last minute, Spain had two more penalty shots. Barroso converted one of the two for the final score – 15:10. Sanahuja missed the last penalty, awarded six seconds from the end because Ukropina was excluded for brutality.

Besides Serbia, Italy, Spain and France, the top four teams at the Intercontinental Cup (ICC) – USA, Australia, Brazil and Canada will play at the Super Final in Strasbourg (July 23 – 29).

In the preliminary stage, the eight teams will be split into two groups.