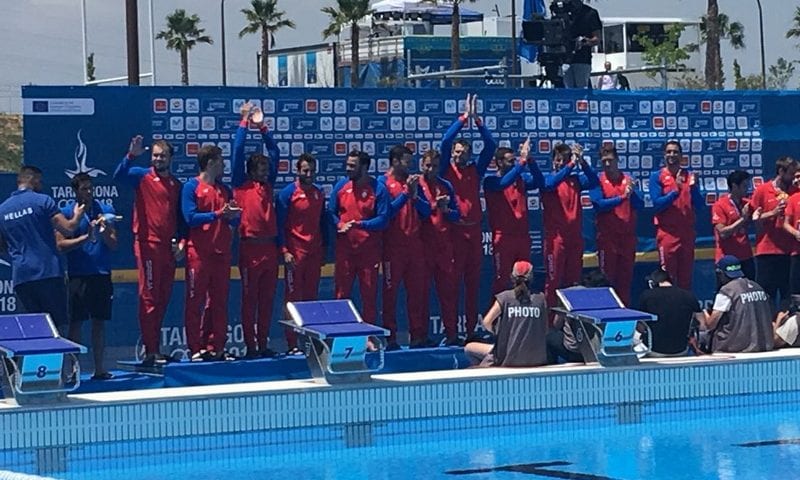 For the second time, Serbian national water polo team won gold at the Mediterranean Games. They beat Greece with 12:10 in the finals played in Tarragona (Spain).

During the most of the match, the Greeks had the lead, but then Serbia equalized, scoring five goals. Filip Filipovic, Milan Aleksic, Dusan Mandic and Stefan Mitrovic were precise, while Branislav Mitrovic halted two blows on the other side.

The only time when Serbia had a decent lead was at the start of the match when Filipovic scored from the wing. They had a few more opportunities but didn’t use them, which gave Greeks a chance to build momentum. Unfortunately, there wasn’t anything exciting on their side either as the first quarter ended with 1:1.

The second quarter saw Greeks finally taking the lead. Starting with Konstantinos Murikis’s precise shot and Kanakis Argropulos’s counter-attack, they took the lead with 3:1. After that, the Greeks pressed even harder, forcing the game on Serbia’s side of the pool. But two magnificent saves from Mitrovic saved the Serbian team.

Right at the beginning of the second halftime, Murikis had another great opportunity. As he won the position against Stefan Mitrovic and Nikola Jaksic, he missed the 2-meter throw. Jaksic followed his attack, scoring easily for Serbia (3:2).

As the match went on, Serbia missed all the chances to equalize the score. Greeks punished it with another goal by Aleksandros Gunas (4:2). Then begun Mandic’s reign. He scored 2 goals, equalizing for 4:4, and he would get the third one if the ball didn’t hit the goalpost.

Greece took the lead again after Murikis faced Pijetlovic alone in front of the goal.

Two minuted before the end of the third quarter, Serbia had an extra-man and Savic requested a time-out. Refreshed and eager to score, they equalized the score (5:5). Their momentum didn’t last quite as long as they wanted to as Funtulis shook Serbia’s net for 6:5.

What followed in the last quarter was a game-changer. Milos Cuk scored with style, setting the score to 6:6, and then Pijetlovic lost the chance to take the lead with a counter-attack.

Two last goals for 8:8 (Vlahopulos and Mitrovic) occurred at the end of the match. The last 90 seconds were the tensest ones in the match, ending with 8:8 and penalty shootout. 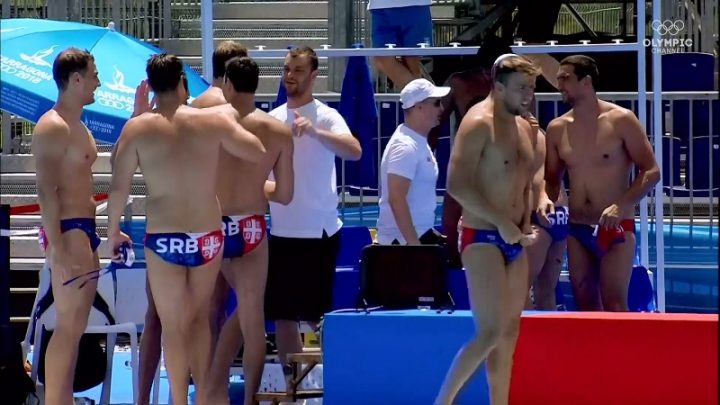