Serbian and Greek juniors set up replay of Olympic final

Serbia and Greece will play in the final of the European U17 Championships in Malta. The match will be held on Sunday, and it will be a “replay” of the gold-medal match at the Olympic Games. The best Serbian and the best Greek team battled for the title in Tokyo two and a half months ago

Serbia was better than Hungary in the first semifinals. At the end of the game, only two goals separated the rivals (12:10), but Serbia had a 6-goal advantage before the end of the fourth quarter.

The duel between Spain and Greece offered more excitement. Greece secured a 3-goal win (11:8) in the final quarter.

Croatia beat the Netherlands (10:7), while Montenegro defeated Italy (10:9) in the semifinals of the classification for 5th-8th place.

Hungary was very dominant in the group stage and recorded a convincing win over Croatia in yesterday’s quarterfinals (10:4). On the other side, Serbia went a difficult road to come to the semifinals (they beat the Netherlands 10:9 in the quarters and had hard matches against Greece and Georgia in the group).

Both teams arrived in the semifinals recording four wins each, but, today’s duel was a one-sided contest for most of the time. Serbia built a big advantage in the middle two quarters, and there was no way back for Hungary, even though the Hungarians dominated the last eight minutes.

Hungary scored the first goal, but the Serbs replied with three for 3:1. The Hungarians halved the distance before the first break (2:3) and it seemed that this match would be an exciting battle.

However, the Hungarians couldn’t keep up with the Serbs in the second and third quarters. Serbia produced a 3:0 rush in the second quarter. Urosevic added one goal in the 18th minute for 7:2. Hungary tried to come back, but the Serbs controlled the match. In the middle of this period, they built a 6-goal advantage for the first time (9:3). Before the final eight minutes, Serbia led 12:6. Hungary scored four unanswered goals in the fourth period – the last one came in the 31st minute. But that was a slim consolation since they didn’t endanger Serbia’s victory.

Both teams had ups and downs in the second semifinal. Spain grabbed an early 2:0 lead. Greece scored three quick goals and went in front (3:2). Spain regained a lead in the middle of the second period (5:4), but the Greeks leveled before the end of the first half (5:5).
The third period was a continuation of a big and equal battle, but the Greeks had a slim 8:7 lead at the end of the quarter.
Greece Bitaskos opened the fourth period with an action goal to stretch the margin to two (9:7). Frigola converted a man-up for 8:9. But, the Greeks broke the rival shortly after. Three minutes and 23 seconds before the end, Greece’s captain Almyras scored his fifth goal (10:8). Less than a minute later, Siamas found the net for 11:8 and these two quick goals proved vital for Greece’s win. Defenses dominated in the remaining time.

Croatia dictated the pace in the first semifinals for the classification 5th-8th place, but it didn’t beat the Netherlands easily. The Dutch were chasing Croatia all the way. The favorite secured the win in the last quarter.

The Croats earned an early 3:0 after just four minutes of play. The Dutch responded in the same way and equalized (3:3). That was followed by a new series of three goals by the Croatian team, which entered the second half leading 6:3. The persistent team of the Netherlands cut the deficit before the final period (6:7), but they couldn’t go further. The Croats opened the fourth quarter with two goals, they jumped to a 9:6 lead and maintained a 3-goal difference until the end. 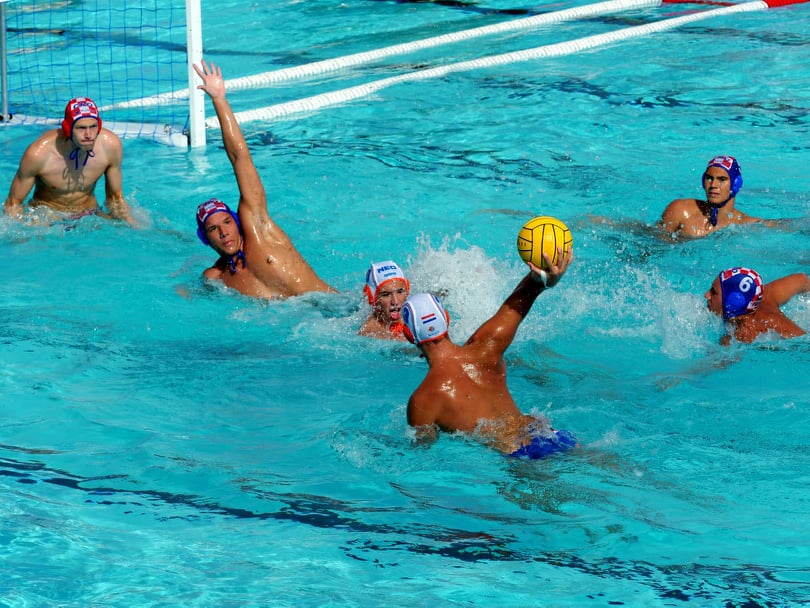 The second semifinals for the classification 5th-8th was an encounter between the teams of nations that won the previous two editions of the European U17 Championships (Montenegro clinched the title in 2017, while Italy won gold in 2019).

Italy started better and took a 1:0 lead. The Montenegrins responded with three goals for 3:1, and from that point on, they were always ahead. The Italians were coming back from time to time (2:3, 4:5, 5:6, 6:7). Montenegro scored two goals in the last 69 seconds of the third period for a solid 9:6 advantage. Italy’s Rossi converted a man-up for 7:9. Immediately, Vukicevic responded for 10:7. Italy scored two goals in the last two minutes, but it was too late.

Medal matches and games for 5th and 7th place will be played on Sunday.