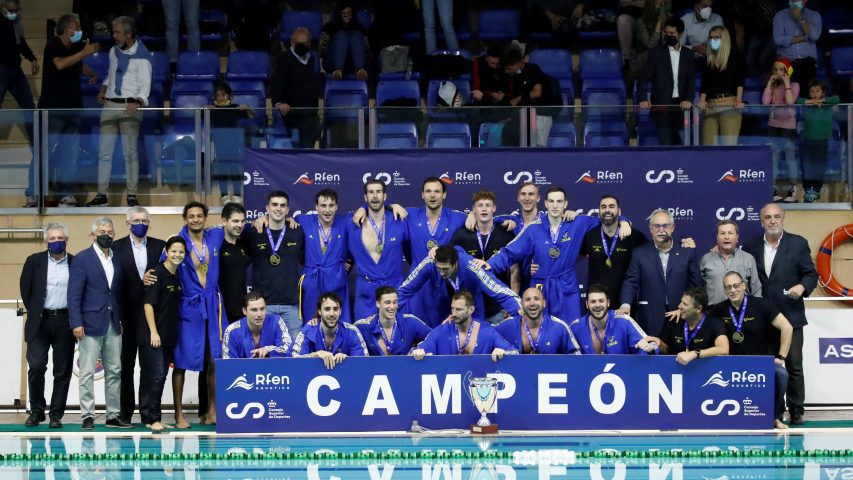 There is nothing new in Spain. Barceloneta continued dominating and won the 17th consecutive title of the national champion (22 in a total).

Barceloneta defeated Barcelona 12:8 in the second match of the playoffs final and clinched the trophy. The best Spanish club finished the league with a perfect record – 26 wins in as many games.

Barceloneta recorded an 11:7 win in the first match. The second game was similar to the first. Barceloneta earned a solid lead in time and controlled the match until the end.

Today’s encounter lacked excitement, like almost all Barceloneta’s games in the domestic competitions this season.
Barceloneta netted two goals in the first three minutes for an early 2:0 lead. The hosts halved the deficit twice (1:2 and 2:3). However, Barceloneta was 6:2 up already in the 9th minute of the game. Barcelona did everything to come back, but it couldn’t catch up with the reigning champion. Just 26 seconds before the last break, Adria Delgado scored an action goal for 8:10. Immediately after, Barcelona’s goalkeeper Mario Lloret saved a penalty from Alvaro Granados (who scored five goals until that moment). That boosted Barcelona’s hopes.

But, Barceloneta opened the fourth period with two quick goals (De Toro and Granados). In the remaining time, the visitors’ defense, commanded by veteran Dani Lopez, did its job well, and Barceloneta recorded a 4-goal victory for the 17th consecutive title and the first for head coach Elvis Fatovic, who arrived at the club last summer.

Now, Barceloneta can focus on the Champions League. The Spanish champion is almost qualified for the F8, and there is no doubt that it will come to Belgrade in early June.