Silva: “Calendar has a significant impact on promotion” 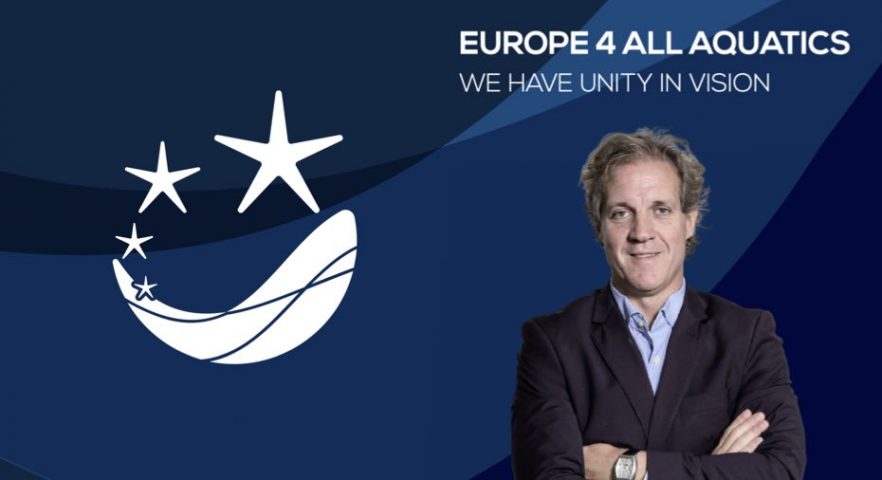 The long-awaited changes in the leadership of the European Aquatics Federation are expected to take place in a week’s time at an extraordinary congress to be held in Germany. After years of Barelli’s rule, it seems that the initiative gathered in Europe 4 All Aquatics will take the lead over LEN. Of course, we are interested in how this change could affect water polo, so we decided to talk to António José Silva, candidate for president of LEN and Josip Varvodić, candidate for vice president.

Mr. Silva, in addition to the fact that you are the current president of the Portuguese Aquatics Federation, your biography states that in your youth you played water polo in addition to swimming?

“That’s correct. I was mostly involved in swimming, but for a few of seasons at Ginásio Clube de Vila Real, I tried my hand at water polo. Looking back on that time in my life, I have a lot of pleasant memories.”

Mr. Varvodić, your background is completely related to swimming.

“When you live in Croatia, it’s impossible not to be involved with water polo 🙂 Yes, swimming is my true passion, which I owe to my father Ivan (who served as president of the Croatian Swimming Federation for many years), but I’m also well-versed in all aspects of water polo in Croatia and abroad. I’ve worked on several water polo competitions as a member of the FINA and LEN Medical Committees.”

What is the idea behind the “Europe 4 All Aquatics” initiative?

Silva: “It is a movement for change in European Aquatics, comprised of member federations who share a fresh vision for the future of aquatics and a commitment to meaningful changes.

After the FINA elections, it is time to establish a new path in LEN. Currently, the initiative is supported by 40 European federations. Smaller and larger federations share the same aim for transparent development of European Aquatics, and following the extraordinary congress in February, we will hopefully begin to establish a new modern path.”

The manifesto you have recently published contains four key pillars of your future plans – Integrity, Accessibility, Development and Sustainability. Can you give us more details on how these will affect water polo?

Silva: “First, I want to point out that our manifesto has been created in coordination with all federation members of our initiative.

When it comes to Integrity, it is a component that must be adopted across the entire organization. During the last few years, we’ve seen a lot of ambiguous decisions and actions. All business and financial activities will be transparent, and decision-making processes will be reformed. As a consequence, all stakeholders, including the general public, will be aware of our plans, responsibilities, and outcomes.

One of our key objectives will be to attract more children to swimming pools across Europe. Swimming dropout programs will be implemented, bringing more kids to water polo clubs.

In terms of development, we will devise various programs for countries in various stages of water polo development. They will share their knowledge and experiences so that everyone can learn and progress more quickly. Water polo needs to become a product “consumed” throughout the Europe.”

You are probably aware that there are many problems with competitions. On club and national level. How do you plan to resolve those issues?

Varvodić: “We must, without a doubt, rethink the competition system. It’s pointless to have so many wild cards in the Champions League. We will also change the calendar and game schedule in order to reach a larger audience. FINA and LEN will collaborate for the first time in many years, which will undoubtedly simplify many decisions. Hopefully, soon we’ll be able to play club competitions throughout the summer months :).

It is also vital to mention that a Water Polo Reform Committee will be formed. We’ll bring together players, coaches, federation members, referees and specialists to develop action plans for all the water polo adjustments needed.”

We can’t conduct this interview without asking about promotional activities in water polo. What are your plans?

Silva: “Since many things weren’t transparent so far,  we need to “get in” the LEN to see the current contracts with sponsors, partners and broadcasters.
What we know is that we need to set up the proper structure in both the marketing and communications departments. Define the strategy, short term actions, and work very closely with federations to implement everything properly.

Venues need to be more appealing, we must have broadcasting standards for each level of the competition, we need modern communication with fans… Calendar and schedule, as previously mentioned, also have a significant impact on promotion. There’s a lot of work to be done, but there’s a lot of room for improvement.”

Varvodić: “I would like to add beach water polo. Huge water polo promotional tool. You can expect a lot of novelties in that direction.”

Thank you for your time, and we hope we won’t have to deal with any more Poolshits from LEN 🙂

Silva: “Thank you for everything you did for water polo so far and keep up the good work!”

Varvodić: “I am always impressed when I see people from my country achieving world recognition and Total Waterpolo is definitely in this group. Congratulations!”