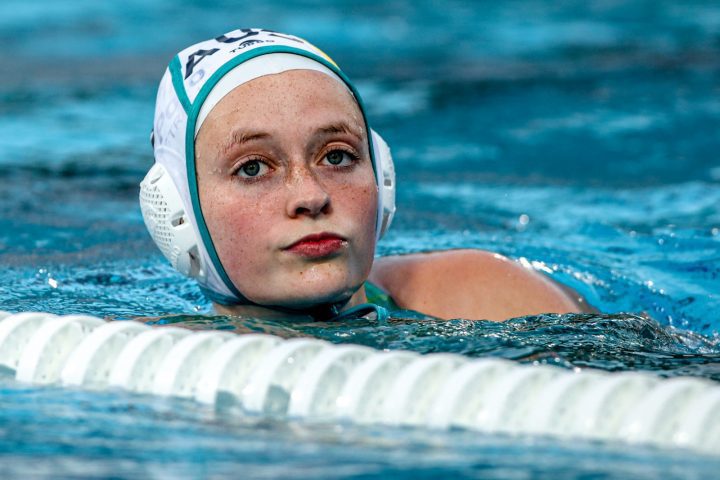 Spain make the 5th/6th play off after a routine win for the second time at these World Championships against France, while it took penalties for Australia to beat Greece as the scores were level at 12-12 after thirty-two minutes.

The Spanish were simply better than the French today, and that was reflected on the scoreline.

There were hat-tricks in the game for Anni Espar, Bea Ortiz, Elena Ruiz and Judith Forca.

Spain dominated the play in the first period, as expected, although the dominance wasn’t reflected on the scoreline. Initially, France were ahead thanks to a powerful shot from the left-wing that caught Laura Ester napping. However, the Spaniards equalized almost immediately from a seemingly harmless Judith Forca shot that Chloe Vidal fumbled into her own net.

Anni Espar then netted twice in the quarter to give her side a two goal lead at the break. The first was a poor goal for the French to concede, with a long ball over the top putting Espar through 1 on 1. The second, however, was a really delightful lob – the flight of the ball was not that high, but it was accurate enough to catch Vidal off guard in between the French sticks.

The second quarter of the match continued in the same vein as the first. Spain made sure they had a foothold over France. Miki Oca’s side hit two quick goals early in the period to gain some breathing space. Judith Forca netted her second from the right, while good interplay from Anni Espar set up Irene Gonzalez to convert on 2m.

France did find the back of the net twice in the second eight minutes. Juliette Dhalluin had a big part to play in both – she scored the first with her notorious top-corner finish that Ester could only get a hand to, before Dhalluin then put the ball on a plate for Louise Guillet, who at the back post, couldn’t miss from close range.

But Spain had a three goal lead at half-time, as a rocket from Elena Ruiz nestled in the far-right, side-netting.

Spain won the third quarter by five goals to one, as the French were guilty of giving their opponents some cheap goals.  ‘

Ortiz netted twice, both of which were excellent shots from range. Christina Nogue got her first of the game with a quick shot on the left-side of the arc, while Ruiz also added two more to her tally; the first from a 6m foul in a central position after appearing to be hit in the head, before her second was dispatched expertly from several fakes.

France’s only moment of joy in the third came via Aurelia Battu, who received the ball well at centre, turned showing excellent strength, before firing past Spain’s substitute keeper, Martina Terre, from close range.

As Spain led by seven going into the last, they knew the result was in the bag. A good pass from Elena Ruiz picked out Anni Espar for her hat-trick, Paula Leiton finished well at centre thanks to a quick pass from Irene Gonzalez, before Forca netted another cross-cage shot.

Kahena Benlekbir ensured that France converted in every quarter, with a precise cross-cage finish from the left-hand side.

However, Christina Nogue and Bea Ortiz settled the matter in the last minute to make it 18-5, a scoreline that reflected the difference between the two teams today.

Emilien Bugeaud (France) – “History repeats itself. We had a good first half, but the pace of the game, we have to be more disciplined. We were not. We have to face the reality. We have to improve many aspects of our game. Disappointing second half of the game, the first was good, but it was not enough.”

Miki Oca (Spain) – “Today was important to get up from the last game against the USA in the quarter-finals. There is still one more game to get the fifth place, and that’s it. That was the important thing for today, and we did that.”

Martina Terre (Spain) – “We are sad because we want to play for the medals, and this is not the game that we are searching for. But we played well today. We need to play like this against Greece or Australia. We need to take a few steps forward for the European Championships. We need to train hard with more intensity.”

Nothing could separate the two teams in the first period. Zoe Arancini and Bronte Halligan converted well for the Stingers, while Eleni Xenaki and Tina Siouti both netted to keep Greece in the tie.

Bridget Leeson-Smith, who had a great game, put the Stingers 3-2 ahead with a good good from a tight angle on the left, but the quality of Eleni Xenaki shone through, with another well-taken goal at centre for the left-hander levelling the scores for the Greeks.

The tug-of-war continued, as Arancini netted her second with three minutes to go in the half. Her shot on the right seemed like it should have been saved, by Ioanna Stamatopoulou could not keep the shot out from Australia’s captain.

But the Aussies gained a three goal advantage for the first time in the game, as Vouliagmeni’s Amy Ridge pulled out a gorgeous cross-cage shot from the right to put her side 5-3 up, before Bridget Lesson-Smith scored another in the game from range to give the Aussies a 6-3 advantage.

Eleni Xenaki pulled her side back into the game though with an attack left in the half, with a beautiful shot, to put the score at 6-4 at half-time.

The Aussies reinstated their three goal lead with a great finish by Amy Ridge on the post, found by Bronte Halligan. However, the newly elected FINA representative for the Athletes Committee, Margarita Plevritou, equalized moments later to make it 7-5.

It took a VAR review to ensure that Eleni Elliniadi doubled her tournament tally (2), with a shot on the right hand-side, that Gabriella Palm couldn’t quite prevent crossing the line, but Charlize Andrews restored the two-goal Aussie cushion, with a tidy finish on the post.

Leeson-Smith and Margarita Plevritou both bagged their second goals to maintain the status quo, before Australia’s left-hander, Abby Andrews, converted a goal off the post to take Paul Oberman’s side into double digits (10-7). But a good finish on the extra-player situation by Eleftheria Plevritou gave pulled Greece within two going into the last.

Into the fourth, the game became very open. Ioanna Chydirioti put Greece back within one, before Ioanna Stamatopoulou made an outstanding save from a Bronte Halligan penalty – with Kearns winning the foul on the counter.

But Amy Ridge pulled out the rocket from the right. Margarita Plevritou was excluded, and Ridge made it 11-11 with a commanding shot from position two.

And USC’s Tilly Kearns gave the Australians the lead once more, thanks to a simple close-range goal on the left-post, but the game was sent to penalties when Vasiliki Plevritou fired home from close range on the left.

Xenaki swam up first, and will be relieved that Gabi Palm didn’t get more to keep her shot out, as it gave the Greeks an early boost. But Bronte Halligan, reliable as ever, made no mistake.

Eleftheria Plevritou went left, and scored, as did the Aussie captain, Zoe Arancini, to make it 2-2.

Vasiliki Plevritou is normally so reliable from the spot, but Gabi Palm got down to her right well, to fist the ball away to give her side the advantage.

There was then an unusual turn, as Ioanna Stamatopoulou was then subbed in for Eleni Sotireli, but it made no difference to Tilly Kearns, who bounced the ball into the low left of the newly subbed keeper.

Gabi Palm then made another great save to deny Eirini Ninou, who again went the right way to win the match for her side.

Gabi Palm (Australia) – “We had the early lead, but they came back at us. Credit to the girls, they stayed so calm under pressure with those penalties. I am so proud of them. Anything I can help the team get the win feels great, it is the cherry on top to get a few saves”.

Paul Oberman (Australia) – “I am relieved. Really good effort by the girls. We didn’t quite nail what we needed to in the last quarter, but with experience we become better. Against Spain, it will be a good hard game, very good centres, very good outside shooters. We need to be physically and mentally prepared”.