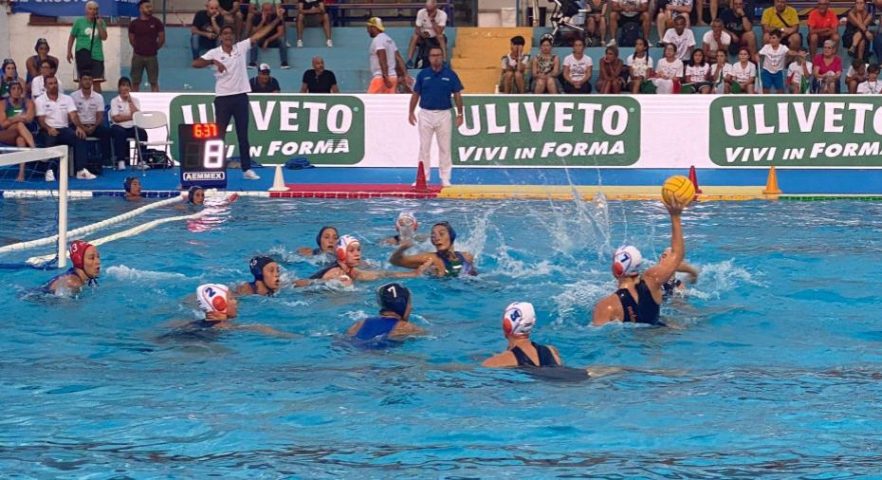 The table is starting to shape up nicely at the Sardinia Cup as we once again saw some interesting games in Sassari. Spain thrashed Israel 20-6, while Hungary had just enough in the tank to beat Greece 11-9. The hosts are still without a win, after the Netherlands beat them 12-9.

A couple of goals apiece for Krisztina Garda and Greta Gurisatti helped Attila Biro’s side secure a well-earned victory over Greece in Sardinia. The pivotal moment came at the end of the third, when scores by Kinga Peresztegi-Nagy (UVSE), Zsuzsanna Mate and Dora Leimeter (both FTC) put the Magyars 8-5 into the last.

A brace from the Greek captain Margarita Plevritou in the last period spurred a comeback for Alexia Kammenou’s national selection, but it was not enough to overcome the deficit.

Like the Greeks, the Setterosa are still without a win in Sardinia after the Netherlands beat them 12-9 this evening. There were hat-tricks in the game for Maartje Keuning and Brigitte Sleeking.

Italy led for spells in the match, with Chiara Tabani and Roberta Biaconi each netting doubles. But with the scores level after the third period (8-8), the damage was done by the Dutch in the last three minutes of the match, with two scores from the returning Maartje Keuning and a finish via Simone Van de Kraats.

And Spain were more than capable of putting a heavy score past Israel, winning 20-6 in the early game. All but one of Miki Oca’s side found themselves on the scoresheet, with Maica Garcia (4), Pili Pena (3) and Paula Leiton (3) scoring half of Spain’s goals.

Its a tough loss to take for Dimitris Mavrotas and his young Israeli side, but at least Nofar Hochberg will have enjoyed her 21st birthday, scoring twice against the reigning Olympic runners up from Tokyo.