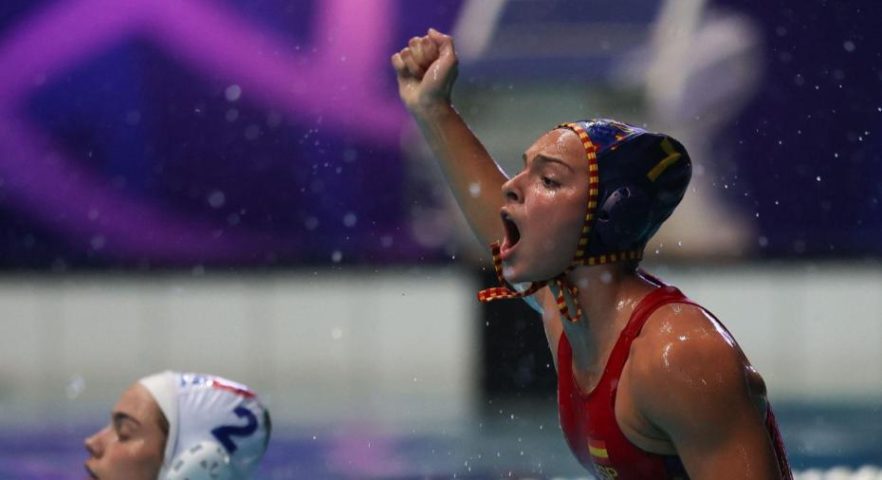 Spain have retained their U19 European Championship title from 2018 in a really exciting final against Hungary that ended 9-8.

In the last game of the nine day competition in Netanya, Israel, the Spanish held on despite great fightback from the Hungarians.

Spain scored crucially right at the end of the first quarter, and outscored the Hungarians in the second. The Magyars really made the game exciting in the third period, with three back to back scores.

But the difference today was that the Spanish converted when they needed to. Hungary looked, of the two sides, the more nervy, and this showed in their play. On the other hand, Spain played large parts of the match with the handbrake off.

Ultimately it also took the Hungarians until the second half to start to play well in attack, but this can often leave you short-changed when chasing a game in the final. Marton Benczur’s team will be hurting from the defeat, but Hungary have a core group of players who are incredibly talented, many of whom already play a big part for their senior club teams.

Click here to access our full catalogue of photographs from Netanya. We welcome the use of our photographs on social media by players, coaches and families for private use only. Commercial use of these photographs is not permitted.

Eszter Macsai had been enjoying her week in Netanya, and she once again showed her big smile when she fired home from the right wing to giver her side the initiative.

But although both teams looked a little nervy and apprehensive, it was Spain who remained the cooler of the two teams. Eszter Varro firstly struggled to deal with a great turn at Centre-forward, giving Maria Palacio an easy finish from 5m, before two players involved in the Senior national team combined to give Spain the lead – Christina Nogue shifted the ball quickly to the left-side of the pool, and Nona Perez converted coolly.

Spain then delivered a sucker punch for the Magyars with just an attack left in the quarter, with Christina Nogue once again providing for her teammates. Nogue pinged the ball into Ana Marcos, and she finished well past Boglarka Neszmely for 3-1.

Spain continued to press on into the second period, and Paula Prats scored really well to make it 4-1. On the right, the ball was shifted out to Prats – who gave Spain a three goal advantage.

Hungary needed a goal to prevent Spain pulling away, and Nora Sumegi provided that, right on the buzzer, off a well-executed pass from Zoe Lendvay. 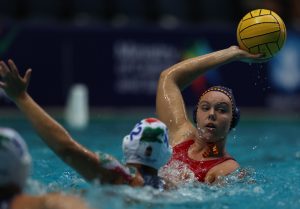 But Spain were clinical, and it was their number 12, Giorgia Gallinato, who converted twice in less than a minute – the first was a really good attempt from the right, with Gallinato shooting around the block, while the second was less convincing with Neszmely nearly keeping out Gallinato from a 1 on 1 breakaway.

With half-time came fresh instructions from the coaches. Ignasi Guiu would have wanted more of the same, while Marton Benczur demanded a response from his team.

Given the fact they trailed by 6-2, you were expecting a big reaction from Hungary, and that’s exactly what we saw midway through the third, with three goals for Hungary that really heated-up the contest. 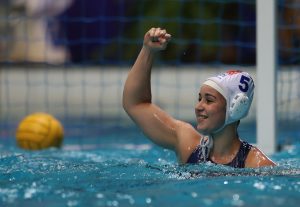 Panni Szegedi netted twice in quick succession. The first came from a patient bit of movement with the ball, before firing home to Mariona Terre’s near post, before Szegedi thundered the ball home into a practically empty net from a cross-cage pass given by Flora Fekete.

The momentum though was really with the Magyars when Eszter Macsai converted into the very top-left segment of Mariona Terre’s net, to put the score at 6-5 into the last.

While there was much quality on show in the game, the last quarter was disjointed and scrappy, not least helped by a confusing and lengthy VAR review.

But Spain once again had a bit of a cushion, as Alba Munoz was left in acres of space in transition to fire home from 2m. And while Panna Tiba made full use of Marton Benczur’s timeout break after Elisa Portillo’s exclusion, Spain’s left-hander, Paula Prats, scored her second goal of the game, with a bouncing shot that Boglarka Neszmely would probably hope she could have kept out.

With three minutes to go, all of Hungary’s momentum seemed to have dissipated, as Spain led once more by three goals (9-6). Flora Fekete had been dismissed for the third time, and Nona Perez was afforded too much time on the top to pick her spot, and pull the trigger. 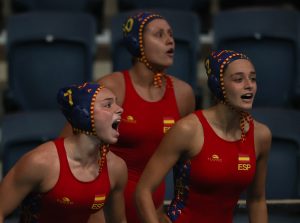 But Hungary had one last roll of the dice, and threw everything at Spain. Panni Szegedi put away a penalty from 5m that was a somewhat dubious call, before Hungary’s goalkeeper scored with a superb reaction poke towards goal off a deflected Tekla Aubeli shot.

Hungary then had one last chance to score with a timeout play. Benczur once again sent his goalkeeper up in attack, but on this occasion, when it mattered, Hungary couldn’t quite find the goal they needed. 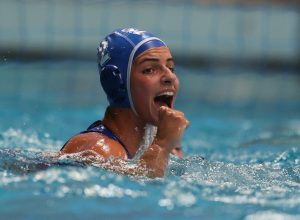 The Dutch had a slender lead after the first quarter, but goals from three players who all play regularly for their senior professional clubs –  Siouti, Tricha and Santa (2), gave the Blue and Whites a 4-2 lead at the turnaround.

And then two scores within the first two minutes of the third for Greece (Tricha and Tsimara) looked to have given Greece enough of a cushion to be certain of the medal. 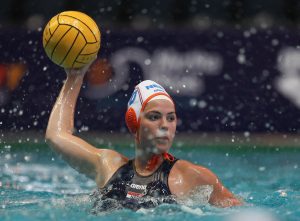 But a storming comeback in the last quarter from the Oranges, which saw them draw level at 8-8 (goals from De Vries, Den Ouden, De Kleer and Voordouw), really threatened to undo all the good work done by the Greeks.

However, big moments call for big players, and the junior Greek team have no bigger player than Christina Siouti. No sooner had the Dutch equalised, did Siouti make it 9-8 with a gorgeous lob from distance, before a really well orchestrated timeout conversion for the Greeks saw them go two goals ahead with not enough time for the Dutch to perform another comeback.