Spain march on to the semi’s with China win 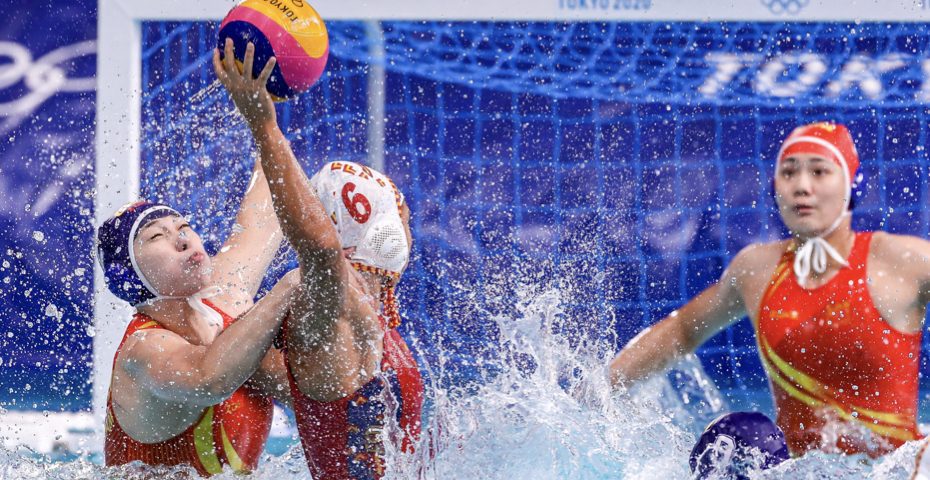 Four goals from Judith Forca Ariza was enough for the reigning European champions to edge past an impressive China and await the winner of Hungary and the Netherlands in the semi-finals.

It was a fairly straightforward win for the Spaniards, who looked really dangerous from the off. However, China may feel that with a little bit more conviction in attack, that the result may have been different.

Miki Oca will be satisfied with the result and will be eager to watch the next game of today between Hungary and the Netherlands.

The opening exchanges were nervy for both sides, but Spain took the lead through the tournament’s second top goal-scorer, Bea Ortiz. CN Terrassa’s perimeter shooter netted fourteen times prior to this game, with only Simone Van der Kraats of the Netherlands outscoring her.

However, when Clara Espar was excluded from the pit, Yiwen Lu equalised with a tidy finish on the left.

China’s keeper, Xinyan Wang, made a string of excellent saves from Roser Tarrago and Bea Ortiz, but she could only parry Pili Pena’s shot into the path of Irene Gonzalez, who slotted home from close range.

Roser Tarrago then gave Spain a two-goal lead, before Maica Garcia Godoy scored expertly from the pit to give La Roja Furia some breathing space.

But China have had to be resilient in these games, and they were not going to allow the European champions to run away with it. Dunhan Xiong grabbed a sublime backshot from the pit surrounded by three players to make it 4-2.

However, one of Total’s best players of the group stage, Anna Espar, proved why she was on the list, with a dipping effort that Wang could not stop planting in the back of the net.

China so nearly got one back into the second period with an excellently worked man-up set play, however, Dunhan Xiong couldn’t score her second of the game as her flick from the post just drifted wide of Laura Ester’s goal. However, Guannan Niu eventually made it 5-3 with a bouncing shot on position four.

After this, the game became a really free-flowing contest. Judith Forca Ariza restored Spain’s three-goal cushion with a rifled cross-cage shot, but Xinyan Wang had a shot from distance of her own, which dipped inside of Ester’s net.

Marta Bach thought her goal on the post once again pulled her side away, but Huan Wang converted from the right-hand side from the tightest of angles.

But Spain finally broke the cycle and grabbed two before half-time; firstly from Ortiz, before left-hander, Forca Ariza made it 9-5 with a powerful strike.

The third quarter was far less eventful than the second. Judith Forca clearly had been saving her finest shooting for this game, as she once again rifled one in from range to further increase Spain’s lead before moments later, she added her fourth of the game from practically the same position to make it 11-5.

Laura Ester then made a phenomenal reactionary save from Xiong’s close-range shot to maintain Spain’s six-goal advantage.

Clara Estar then blocked in the pit with two hands to give China a chance to convert from a 5m penalty, and Deng did in emphatic style to bring China within 5 at the end of the third quarter.

At the start of the last quarter, VAR awarded China’s Guannan Niu a goal as Laura Ester could not keep it from squeezing over the line to make it 11-4.

Anna Espar then missed a sitter on the breakaway from Bea Ortiz’s interception, but it wasn’t to matter, as Spain defended well, limiting the Chinese to only a few chances and ultimately win the game.