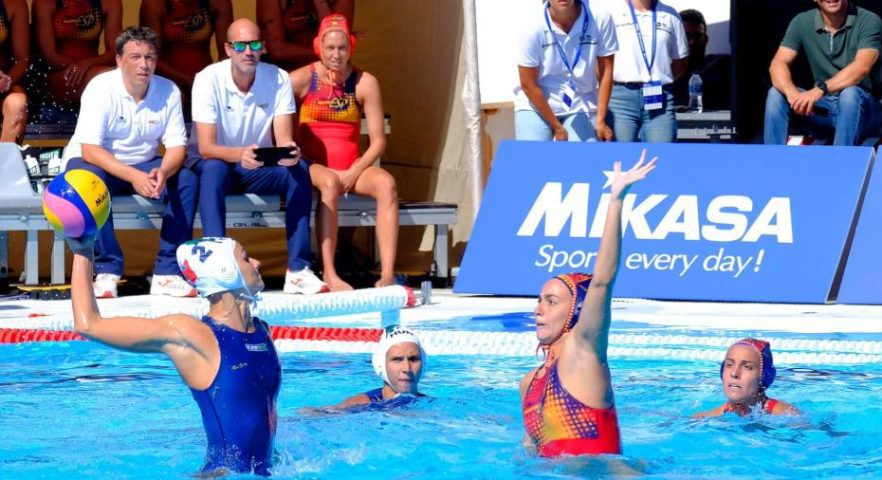 Spain left it late, but at long last have a World League gold medal, after a dramatic shoot-out victory against Hungary.

This, the last ever edition of the World League Super Finals , was a competition full of drama throughout – and none so more than in the final itself.

The game was level at 11-11 in normal time, but Martina Terre’s right hand just did enough to make the crucial match-winning save from Greta Gurisatti’s penalty.

Gurisatti, who had quite the emotional rollercoaster, initially appeared to be the hero in the contest, sending the game to penalties in the first place with a shot literally on the buzzer.

Paula Leiton scored the winning penalty emphatically, but there was as much venom in the penalty as there was in her punch on Kamilla Farago during the game – which she was initially red carded for, before having that sanction unexplainably rescinded.

But for Spain, they deserved the gold based on their performance throughout the week. Despite a disappointing World Championship outing in Budapest, Miki Oca’s team turned it around over the summer, with a gold medal at the European Championships in Split, and now a first World League gold in Tenerife.

Hungary, although disappointed, will be pleasantly surprised with their second place on the podium. Their performance against the United States more than warranted their place in the final, and they again played well today, missing out by a whisker.

Italy and Canada both secured 5th and 7th earlier this morning, while the United States had to settle for 3rd edging past the Netherlands in the bronze medal match.

Spain have won their first ever World League Super Final title after very narrowly beating Hungary 19-18 in a dramatic penalty shoot-out in the gold medal match.

The game was tied up at 11-11 after regulation time, with Greta Gurisatti grabbing a goal right on the buzzer – but it was Gurisatti who cruelly missed the final penalty, to give Spain a historic victory in front of their home crowd.

It was a game of fine margins. The Gurisatti goal needed to be checked by VAR to confirm it was on time before the buzzer. VAR then was consulted to confirm that Martina Terre had indeed kept the Ferencvaros player’s penalty from crossing the line, to secure the win.

VAR might not have got it all correctly though. There was a big controversy in the game when Paula Leiton hit out at Kamilla Farago. Having received a red card from the referees, it was later rescinded for an unknown reason. Leiton then was the crucial penalty taker in the shoot-out, scoring her 5m shot before seeing Gurisatti miss her shot.

In the game itself, unlike the previous 15-11 encounter, this game was incredibly tight. Both teams scored some well-crafted goals, and both teams essentially cancelled each other out with some strong defending; the Hungarians were particularly excellent when it came to putting up the blocks.

Hungary did well to tame the crowd and the occasion in the first quarter, playing some nice water polo and ending the first eight minutes level at 3-3.

Panna Pocze grabbed two clinical strikes for the Magyars, while Rita Keszthelyi also netted with a clever finish at the near-post. Miki Oca’s team converted via longshots from Anni Espar and Bea Ortiz. Paula Leiton improvised well to tap home from close range on a Spanish 6 on 5 action.

Spain improved in the second period, and threatened the Hungarian goal well, but a last second goal in the half from Dora Leimeter kept the Hungarians level at 6-6. Before that, Irene Gonzalez had netted twice, one of which required a timely VAR review before it was given.

Panna Pocze, an unlikely source of Hungarian inspiration, netted her hat-trick in the game of her life. Rebecca Parkes and Bea Ortiz netted typical goals; the Hungarian from centre, and Ortiz from the right, wrong-footing Alda Magyari.

The third period ended all square at 9-9. The game became a bit edgy, with both teams showing ill-discipline. The Hungarians gave up three power plays to the Spanish in counter defence, while Paula Camus and Cristina Nogue both received their third personal fouls in the match.

Dorottya Szilagyi twice netted in the third, once from a 6m shot, and once from a 5m penalty. Irene Gonzalez, like Panna Pocze had for Hungary, notched her third goal of the match, alongside close-fire strikes by Nogue and Leiton.

There was a big delay to the game after Paula Leiton hit out at Kamilla Farago. She was perhaps lucky to get away with an earlier incident against Farago – who was marking her player tightly. She was correctly given a red card for a blatant brutality, however the referees, Nicola Johnson (AUS) and Danielle Dabbaghian (USA), later bizarrely overturned that decision for an unknown reason. Leiton was, incredibly, allowed back into the game, and Judith Forca, to Hungary’s outrage, scored the subsequent attack.

There was nothing controversial about Forca’s second goal of the quarter, though, with a shot off the post from a central position that had nearly every spectator at the Real Club de Nautico Santa Cruz on their feet.

Hungary’s left-hander, Dora Leimeter, netted with a minute to play on the right-wing to give her side something to fight for, before there was huge later drama in the dying moments, as Greta Gurisatti somehow fired home an equaliser right on the buzzer – it was so tight that VAR had to check it was within the time, but it was, and the game, level at 11-11, went to penalties.

Alda Magyari came up clutch for the Magyars in the shoot-out, stopping Anni Espar and Bear Ortiz penalties. But Hungary threw away their advantage, with Zsuzsanna Mate and Dorottya Szilagyi both having their penalties well saved by Martina Terre.

Elena Ruiz and Rita Keszthely-Nagy both converted. Paula Leiton, who probably should have been wrapped, also slotted home, while Gurisatti, saw her penalty only just creep past Martina Terre.

And as we looped back to the first penalty takers, Espar netted this time, while Kata Hajdu – who hardly played in the final, made it 2/2 in the shootout. Ortiz netted on the second time of asking, as did Dorottya Szilagyi.

Judith Forca, as reliable as ever, netted again, while Zsuzsanna Mate also made sure from 5m metres. Ruiz and Keszthelyi, arguably the best shooters from both teams, converted coolly.

As it turned out, Paula Leiton scored the winning penalty, as Greta Gurisatti’s final shot was cleared off the line by an inch by Martina Terre.