Spain to meet Netherlands in Semi-finals after victory over Hungary; Greece dominate Israel 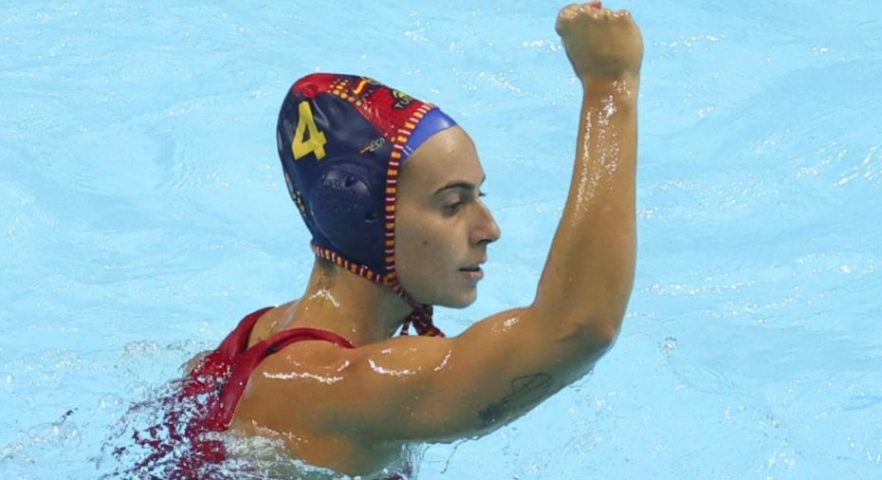 Spain and Greece will take on the Netherlands and Italy respectively in the semi-finals of the women’s European Championships competition in Split.

Spain played incredibly well in their 15-11 victory over Hungary. The Spanish denied Hungary of any great attacking freedom, and were typically classy in front of goal. Annie Espar (2) and Bea Ortiz (3) were in inspired form, as were Spain’s two centre-forwards, Maica Garcia (3) and Paula Leiton (3). Hungary lacked the confidence and composure to play their game, and outplayed and outfought by Spain. In the last quarter-final, Greece had no trouble in defeating Israel, rushing to a 6-0 lead in the first quarter. Greece’s two centre-forwards did the most damage in front of goal; with Eleni Xenaki (3) and Maria  Myriokefalitaki dominating the game from the front.

The semi-finals are therefore set; the Netherlands will face Spain in what will promise to be one of the most exciting games in recent times, while Italy have the slight edge over Greece, but that game too will also be very exciting.

Hungary will now face France in that 5th-8th play-off semi-final, while Croatia will host Israel, in a bid to better their best ever finish (8th Zagreb, 2010).

The reigning European Champions, Spain, beat Hungary 15-11 to book their place in the semi-finals, setting up a duel with the Netherlands. The Spaniards were excellent this evening, working really hard in defence, and putting away key chances at key points in the game.

Annie Espar and Bea Ortiz were massive for their team tonight, chipping in with a combined five goals, Espar with six assists and Ortiz with four. 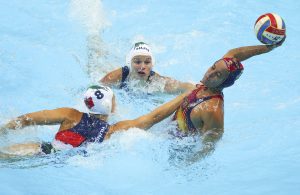 Hungary were too predictable tonight, wanting to feed Rebecca Parkes in the pit as their only real attacking outlet. They did not look convincing enough with the ball in hand, perhaps owing to the excellent defensive work by Spain – who had seventeen steals to Hungary’s 0.

Hungary looked completely deprived of confidence, as they did against the Netherlands and Greece in the group stage. It’s simplistic, but the Hungarians look to seriously miss the absent Rita Keszthelyi; her goals, her defensive game, and the leadership and experience she provides her team.

Spain made the breakthrough first via Paula Leiton and Annie Espar. Leiton showed excellent strength at the centre to shunt the ball past Magyari, while Espar saw her shot creep under the Hungarian keepers’ arms at the near post.

Dunaujvaros’s Brigitta Horvath scored the first goal for Hungary, but LEN’s player of the year 2021, Bea Ortiz,had two world-class inventions. She first scored with an unstoppable shot into the top right corner of the Hungarian goal, and then she made it 4-1 with a beautiful lob to the back post, with the ball perfectly measured just out of Alda Magyari’s 190cm reach. 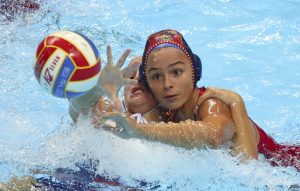 Spain continued to put the pressure on in the second period, hitting the woodwork twice. Realising that Spain wouldn’t waste many more chances, Dorottya Szilagyi made her shot on the right side pay.

Annie Espar, adding her second of the game, gave Spain another goal by putting her shot on the left through a forest of Hungarian blocks. Rebecca Parkes, a newly acquired centre-forward for Eger, gave Hungary an immediate response with a goal.

But Hungary showed a lot of character, being put under a lot of pressure by the Spanish, to draw level. Dorottya Szilagyi fooled three Spanish blockers and the keeper before chipping the ball into the bottom right corner, before Greta Gurisatti’s leaning shot was misjudged by Martina Terre at the near post. 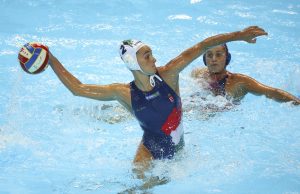 With three seconds to go in the first quarter, Spain had a 6-5 lead. Spain did a really smart move with an extra player that ended with Annie Espar passing the ball to Paula Prats. Paula Prats was all alone and easily scored on the post.

Spain instantly restored their two-goal advantage in the third period. Elena Ruiz was afforded far too much time in the middle, and as she has so often done over the past two seasons, she fired the ball past the opposing keeper.

While Spain were really piling on the pressure, the game saw three excellent goals by both teams from their world-class centre-forwards; Rebecca Parkes first for Hungary, but two identical goals from Paula Leiton at centre gave Spain their three goal lead back. 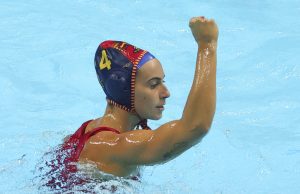 After all of their hard work, the Hungarians fell behind even more, this time by choosing to run down the clock. In doing so, Hungary had a lot more of the ball and were creating more chances, but they could not find a way past Spain’s firm defence.

Two goals from Maica Garcia put the cherry on top for Spain, with two delightful shots from range. Vanda Valyi’s goal inside the last minute was a consolation only.

Greece knew they’d beat Israel coming into this quarter-final, and that showed in their performance today, running out 14-4 winners.

Alexia Kammenou will be pleased with how her team started, taking a 6-0 lead, but will feel her team were quite poor today. Israel, on the other hand, will know they were outclassed today, but will target a 6th place finish as they take on Croatia in the 5th-8th play-off.

Greece opened up a huge 6-1 lead in the first period, with double scores for two Greeks at contrasting ends of the experience spectrum: Seventeen-year old Foteini Tricha finished well on both occasions, as did her Olympiacos teammate, the hugely experienced centre-forward, Eleni Xenaki.

Maria Myriokefalitaki made no mistakes, scoring from her natural habitat on 2m, while Ioanna Chydirioti made it 6-0 with a wonderful attempt from the left. 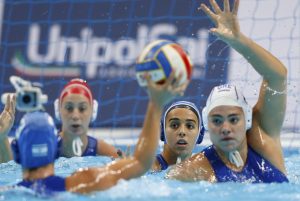 By the time the first quarter was up, Israel had been awarded two penalties, with Maria Bogachenko taking both. Ioanna Stamatopoulou saved the first but got nowhere near the second.

Into the second, Greece continued to run the game. Another of Greece’s hugely talented young players, Stefania Santa, scored a wonderful attempt on the left, before Maria Myriokefalitaki added a brace from some handy work at centre.

While not looking that dangerous, Israel did eventually start to look like they could score. Nofar Hochberg’s was unmarked on the post, with Hila Futorian finding her well.

While Greece was totally in charge, they didn’t press home on the scoreboard. Myriokefalitaki added her third goal of the game from close range, before Vasiliki Plevritou made her presence felt in the match with a minute left in the first quarter.

While Israel had been goalless in the third period, they scored two within a minute in the fourth via their two centre-forwards. Shunit Strugo, an experienced centre for Israel, scored first, and Alma Yaacobi, who just turned 18 on the last game day, scored from a similar spot.

But the game was more than won for Greece. Xenaki added her third, Chydiritoi added her second, and Greece’s captain, Elfetheria Plevritou, crowned the performance with her sixth goal of the tournament.