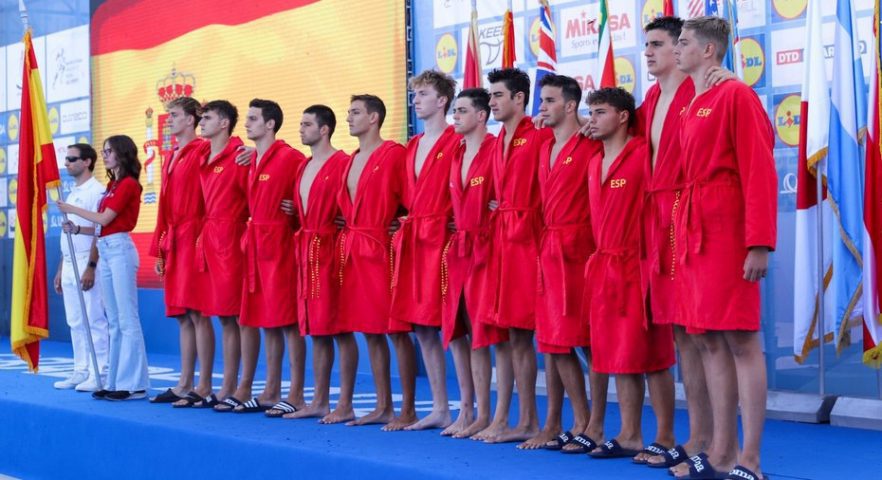 Spain won bronze at the World Men’s U18 Championships in Belgrade.

The Spaniards beat the Netherlands in a very exciting bronze-medal match. Both teams had ups and downs, but both were able to come back from difficult situations. In the end, Spain was better at the finish and recorded a 13:11 victory.

Bronze in Belgrade is the third medal at the Men’s Youth Worlds in history, after two silvers (2014, 2018). The Netherlands made a historic success by reaching the semifinal.

Croatia beat Italy in the 5th-place match (12:10). Greece finished 7th after a 9:3 win over Montenegro

The Netherlands scored an opener already in the first minute (Ten Broek from a counterattack). The Dutch led 2:1 after the first quarter, and rushed into the second period. They scored three consecutive goals – all three from almost the same place (close-range shots from the left), but the scorers were three different players (Van de Dobbelsten, Snel and Wijgers). Two goals came from man-up attacks, and one from a 6-on-6. So, in the 13th minute, the Netherlands had a nice 5:1 lead. They had a 6:2 a minute later. 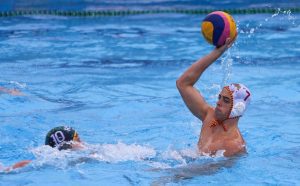 But, then Spain started coming back. In the second quarter, a strong wind started blowing. The Spaniards handled better in these conditions. Spain, led by Robert Lopez, produced a fantastic 6:0 series and went to 8:6 (27th minute). Still, the Dutch were able to come back. They answered with three goals in a row. Snel gave them a 9:8 lead after a power-play goal that was confirmed after a VAR check. But, before the final quarter, the sides were tied. The man of the match, Robert Lopez scored an equalizer from seven meters for 9:9 in the 23rd minute.
The Dutch started better in the final quarter. They had a 10:9 and 11:10.However, the finish of the match belonged to the Spaniards, who netted three unanswered goals in the last two minutes. Robert Lopez Duart added his fifth goal for 12:11 with 67 seconds remaining on the clock. The Dutch missed the target twice in their last possession, Spain started a counter-attack, which was finished by Hugo Castro – 13:11.

“We didn’t start well. Maybe we expected an easier match, but the Netherlands is a good team, they surprised us, and we had to come back after a big early deficit. But, we managed to got back into the game, which was very exciting until the very end. We were calmer and played better in crucial moments. One of these crucial moments was Roberto Lopez’s equalizer from a big distance for 9:9, and everything was still open before the final eight minutes”, Spain’s Daniel Ivaylov Patchaliev said.

“The game was very similar to yesterday’s semifinals against Serbia. After an excellent start, we had a chance to control the match, but we let Spain get back into the game and later dictate the pace. However, we were able to come back after Spain’s six consecutive goals. Everything was open until the very end. We could equalize. But, I made a mistake at the finish. I should call a time-out before the last attack to prepare the team for the final action.

Italy dictated the pace for more than two quarters of the balanced battle in the 5th-place game. But, midway through the third period, Croatia took control, built a 2-goal lead, and maintained the difference until the end. The first quarter belonged to the Italians. 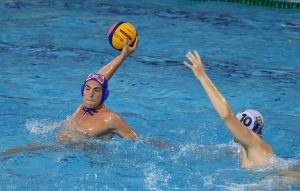 Urbinati opened the second period with a power-play goal to stretch the margin to two (5:3). Croatia leveled at 5:5 and 6:6. The third quarter began the same way as the second. Italy scored a goal with an extra player (Bragantini 7:6). Then started the crucial period. Croatia netted four unanswered goals in four minutes and earned a 9:7 advantage. One of the key players in that turn was Croatia’s goalkeeper Cubranic, who boosted his team’s self-confidence with a series of saves. In the remaining time, the teams exchanged goals. Italy halved the distance three times, but Croatia responded after each of these three goals.

At 0:40, Italy’s Gullota converted a double man-up to give his team the last hope (10:11). But Croatia forced a penalty shot in its last possession. Jankovic made no mistake, he found the net from the penalty spot for the final score – 12:10
Croatia converted half of its extra player shots (8/16), Italy scored four goals with a man-up (4/12).

“It’s always nice to finish the tournament with a win. I think 5th place is our maximum at this moment, considering we didn’t have enough time for the preparations. We played better and better from day to day. We were without one center-forward in the last two games (Dodoja got injured – Ed.). However, the boys put a lot of effort into winning the classification matches and recorded two deserved victories.”

Usually, I don’t speak about what happens out of the water. But, today, it was clear that it was impossible for us to win this match. There were some strange decisions. I have never seen something like this. I am really surprised to see this in the World Championships. But,this is a new experience both for the players and me.

Greece and Montenegro, the teams that arrived in Belgrade to play for the medals, opened the last competition day in the 7th-place game.

Greece had the stronger motivation and more energy at the end of the tournament. Greece took a 1:0 lead in the 2nd minute. After a long goalless interval, Montenegro equalized in the 11th minute. The Montenegrins added two more goals shortly after. Krivokapic hit the back of the net for 3:1 in the 14th minute. But, the Greeks changed the course of the match soon. In the next 18th minute, Greece dominated and netted eight straight goals for a 9:3 win. 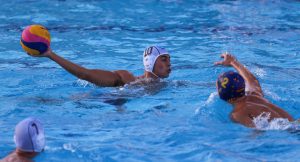 Statistics say that Greece didn’t have an excellent percentage of the shots. They missed a lot. Montenegro’s goalkeeper Bjelica blocked many shots. However, the Greeks had 33 attempts to score a goal, almost double more than Montenegro (three goals from 18 shots).