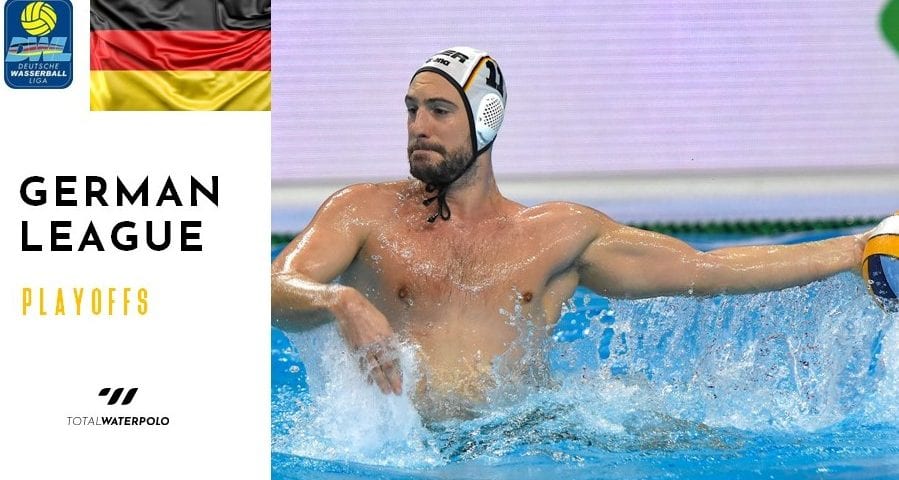 Reigning German champion Spandau 04 secured the „pole position“ before the start of the semifinals of the national championships.

Today, two best German clubs –Spandau 04 and Waspo Hannover faced each other in the match that decided which team will enter the semifinals from the top position.

The game was played in Berlin. Spandau celebrated a 12:10 victory.

Spandau controled the game in Berlin for most of the time. Until 3:3, the derby was an even contest. But, then Spandau scored three unanswered goals and gained a solid 6:3 lead two minutes before halftime. The hosts kept the distance until the middle break (7:4) and they stretched the margin to four in the third period (8:4 and 9:5).

However, Waspo managed to come back. In the 31st minute, Hannover reduced the gap to one (10:11). Still, Spandau 04 captain Mark Stamm killed the visitors’ hopes 23 seconds before the final buzzer. He hit the back of the net for the final score – 12:10.

The best scorers were Stefan Pjesivac (Spandau) and Ivan Nagaev (Hannover) with 4 goals each.

Marino Cagalj, one of two newcomers to Spandau (he came from Jadran Herceg Novi) scored a goal. Ivan Zovic, who arrived at Spandau from Jadran Split didn’t play today. Marko Macan, Hannover’s new player, also missed this match. But, Spandau and Hannover will probably meet again in the final of the playoffs, so the newcomers will have a lot of chances to prove themselves.

Spandau played without cenrer-forward Mateo Cuk, who will be out of the team for a long time, because of an injury.