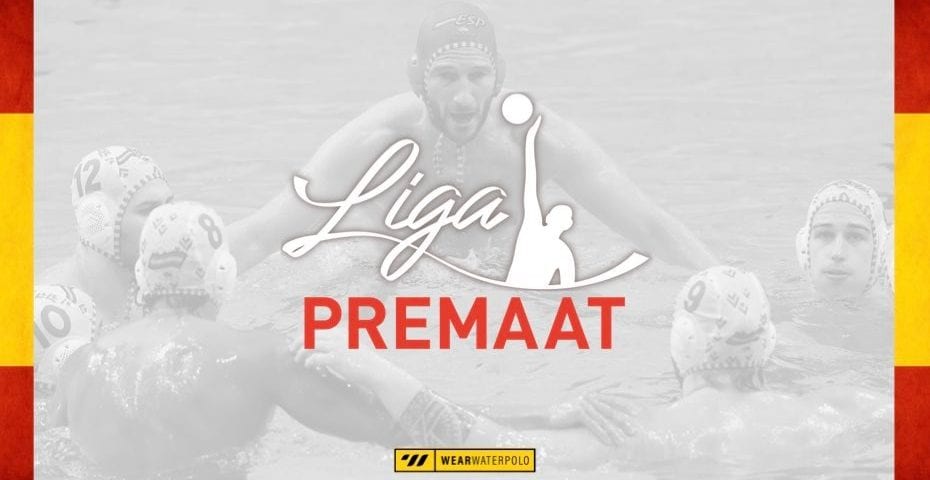 The Spanish Swimming Federation changed the competition format due to the impacts of the coronavirus pandemic.

Twelve teams are split into two groups – A and B (with six teams in each group). In the first stage, they will play a double round-robin league (10 rounds). After the first phase, the top three teams from each group will continue the battle for the title in Group C, while teams ranked 4th, 5th, and 6th will play in group D.

In stage 2, the teams that met previously do not play each other. The results of their encounters from the first will be carried to the second stage. Each team will play against three teams from the other group of the first stage by a round-robin system (6 rounds). The top four clubs will advance to the playoffs. 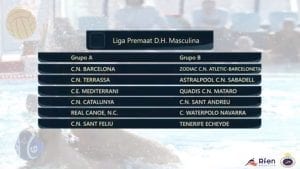 Barcelona is the favorite for the 1st place in Group A. The club did a good job in the transfer market. Roger Tahull, one of the best players of the national team of Spain, moved from Barceloneta to Barcelona. That was the biggest transfer in the Spanish water polo this year. Nathan Power, an Australian defender, arrived from Jadran Split. An experienced Inaki Aguilar, the former goalkeeper of the Spanish national team, returned to Barcelona, the club in which he started his career. Adria Delgado, Lukac Duric,Pere Estrany and other key players stayed at the club. 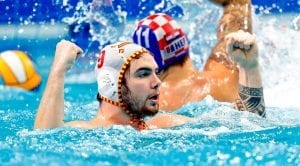 A new coach is Victor Gonzalez. He replaced legendary Toni Esteller, who was Barcelona coach for 30 years (he was appointed as a head coach in 1990). He led Barcelona to 7 titles in the national league, 7 national Cups, and two LEN Euro Cups (1995 and 2004). Esteller will stay at the club as a consultant.

Barcelona finished 2nd in the Spanish Super Cup last week. The club has ambition at the European stage too. In November, it will play in the qualifications for the Champions League.

Barcelona is the favorite, but Terrassa also has high ambitions in Spain, as well as in European cups. However, a few important players left the club this summer – a talented member of the national team Bernat Sanahuja, Inaki Aguilar, Sergi Mora (who retired and became an assistant coach). Newcomers are Riben de Lera, returnee Oscar Carillo, and goalkeeper Jose Maria Motos, the former goalie of Sabadell, who returns to professional water polo after a suspension because of a positive doping test. Motos will probably be the first goalkeeper of the team.

Mediterrani is also among the candidates for advancing to the group for places 1st -6th and will try to secure the European stage ticket again.

Catalunya enters the season with a young team. Real Canoe didn’t bring any reinforcement this summer. San Feliu, the only newcomer to the Spanish First League (last season, 11 teams played in the championship), will try to surprise the rivals.

Barceloneta is the most successful Spanish club in the 21st century. Since the season 2005/06, Barceloneta champion has won 15 consecutive titles (the last season wasn’t completed, but the Federation approved the standings before the interruption as the final). The titleholder didn’t change its roster a lot this summer. Roger Tahull’s departure is a significant loss. Miki Linares, the goalkeeper, decided to retire and to focus on medical studies. Two young players (Linares and Ponferrada) went to Catalunya. The only newcomer is Joao Pedro Coimbra, a young goalkeeper who was on loan in Sant Andreu.

Still, Barceloneta has many superstars like Felipe Perrone, Michael Bodegas, Milan Aleksic, Alvaro Granados, Blai Mallarach, a 40-year-old goalkeeper Dani Lopez, etc. Most of the Spanish national team members, who won the 2nd place at the 2020 European Championship, and the silver medal at the 2019 World Championships, still play for Barceloneta. There is no doubt that Barceloneta will be the biggest favorite for the title and one of the contenders for the Champions League trophy. 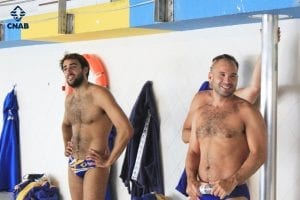 But, Barceloneta water polo players didn’t have a promising start to this season. Last week, they lost to Sabadell after a penalty shootout in the Spanish Super Cup semifinals. That was the first Barceloneta’s defeat in domestic competitions after three years.

Sabadell won the Super Cup. The success in the first national competition in the season is proof that this club can beat everyone in Spain. Sabadell is best known for its women’s team, which is the reigning European champion. The male squad has three national Cups and four Super Cups of Spain, but it has never won the Spanish League. This season might be the milestone in the history of Sabadell men. The club managed to keep most of the players. Sabadell’s significant reinforcement is a 20-year-old defender Bernat Sanahuja, the silver medalist with Spain at this year’s Europeans. Besides, Serb Nemanja Ubovic arrived at the club. Ubovic, who came from OSC Budapest is familiar with Spanish water polo. Playing for Barceloneta, he won the 2014 Champions League. 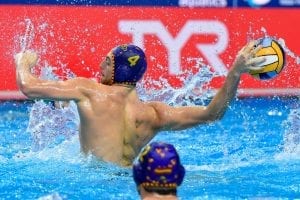 Mataro, which reached the LEN Euro Cup quarterfinals in the last season, decided not to play at the European stage this year. They will focus on the domestic competitions.

Navarra enters the new season with the last season’s team. Only captain Asier Esteban is missing. He retired after 14 years at the club.

Sant Andreu left without both goalkeepers – Coimbra and Weiland. They are replaced by Diego Tebar (arrived from Real Canoe) and Jesus Tenorio (Premia).

Tenerife collected just one point in 15 matches of the 2019/20 Spanish League. The club from the Canarian island doesn’t want to be an underdog in the upcoming league. Albert Espanol (34), one of the best Spanish players in the last 15 years, returned to the homeland after a season in France (Pays d’Aix). Espanol, the silver medalist at the 2009 World Championships, arrived at Tenerife, and he will be a player and a head coach. Besides Espanol, four new players came to the club, including two Croats Zvonimir Andjelic (from Ortigia) and Sebastian Susak (from Reims). 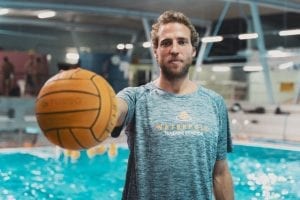 For a summary of the transfer market, rosters, and more information about the Spanish League visit the website Waterpoling.

Barcelona is the most decorated club, with 59 titles in both competitions. Barceloneta is the most successful team in the history of the league.