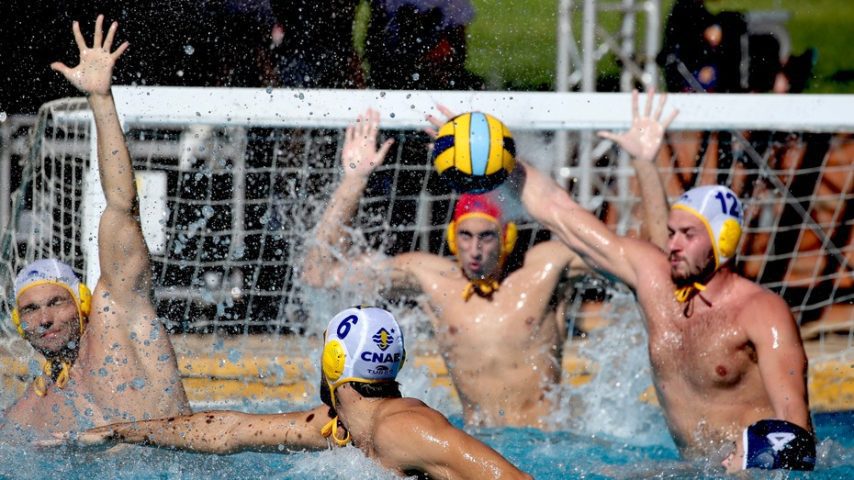 The new season of the Spanish League begins this weekend, and the top favorite is the same as in the previous several years. It’s Barceloneta, which has won all titles since 2005/06.

Last season, Barceloneta won the title without a loss in all domestic competitions. At first glance, it seems that it cruised to the title, but there were some demanding tasks in the last season.

The best Spanish club opened the season with a series of quite convincing wins at the Catalonia Cup.
Barceloneta is the favorite No.1. Who else can ruin the title-holder’s plans?

Total Waterpolo spoke to Elvis Fatovic, who has been Barceloneta’s coach since 2021 and led the team to the 17th consecutive title.

“I expect a high-quality championship, and I would divide the teams into three groups. Barceloneta, Sabadell and Barcelona are the clubs that will battle for the top of the table. In the second group, as the middle row, are Terrassa, Mediterrani, Sant Andreu, Mataro, and maybe Echeyde Tenerife. The other teams are younger, and I expect they will battle to come close to the clubs that are in the middle row.”, Fatovic analyzes.

Barceloneta has changed a team since the last season.

“Five players departed from the team. Goalkeeper Dani Lopez, who was a leader in the water and outside the pool, retired. Alvaro Granados, who is one of the best offensive players in the world, moved to Novi Beograd. Besides them, three younger players left – Asensio, Ponferrada, and Bruce Scott.” 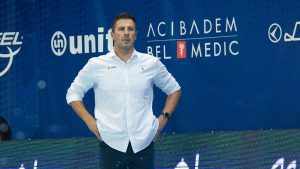 However, Barceloneta wasn’t passive during the transfer window.

“We brought an outstanding center-forward Roger Tahull, who returned from Barceloneta, then two very good players for the left side Nikolas Paul and Dusan Matkovic, and Australian goalkeeper Nic Porter, who will be a good support to our first goalkeeper Unai Aguirre, so we have a good team.”

But, the other favorites are also respectable teams. Sabadell is encouraged by winning the LEN Super Cup last season.

“I like how Sabadell plays and their style.They have improved their aggressiveness. They have excellent attackers – Sanahuja, Valera and Averka, then Banicevic at the center-forward position. Sabadell’s goalkeeper Unai Lorrio is also a great player. We beat them at the Copa Catalunya recently, but Sabadell will be a dangerous opponent”. 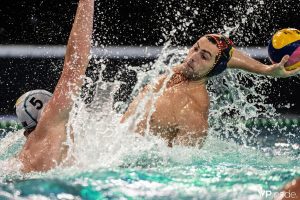 “As for Barcelona, the team has changed a lot, but they signed excellent players -Americans Luca Cupido and Marko Vavic, an Australian Tim Putt, Oscar Asensio, who left Barceloneta. They have a lot of young players. I expect that they will change their style of play in the next season. I believe Barcelona can make good results both in Spain and in Europe. In my opinion, if Barcelona wins first place in its qualification group this week, it will have a very good chance of reaching the Preliminary Stage. It will be a great thing for Spanish water polo if it has three Champions League clubs.”

“We target trophies in all competitions, but it won’t be easy. Last season, we didn’t suffer a loss. All teams will be very motivated to beat us. Still, the season is long. We all want to reach the pick of the form in April, May, for the finish of the domestic championships, and, I hope, for the Champions League Final Eight.”, Fatovic said. 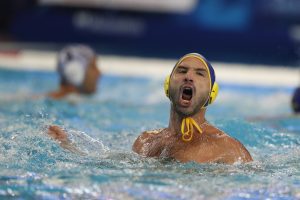 As usual, 12 clubs play in the Spanish League. Compared to the previous season, a newcomer is  Caballa – Ciudad de Ceuta, which replaced Navarra, the club relegated to the second league.

As usual, 12 clubs play in the Spanish League. Comapred to the previous season, a newcomer is  Caballa – Ciudad de Ceuta, which rplaced Navarra, the club relegated to the second league.

The league begins on October 15, but three matches are postponed due to the clubs’ participation in the LEN cups: Barcelona – Real Canoe, Mediterrani – Tenerife Echeyde and Terrassa – Sant Andreu.