The season of the national competitions in Spain has started this weekend. The Super Cup tournaments (both for men and for women) were held in Sabadell.

Since the leagues were canceled, the Super Cup was played in a different format than usual. The top four teams in the suspended 2019/20 Spanish Leagues took part in each of the tournaments.

The home team Sabadell won both trophies. The male squad of Sabadell recorded a narrow 10:9 victory over Barcelona in today’s final. The hosts secured the gold medal with a last-gasp goal just a second before the end.

The historians of Spanish water polo will remember this tournament by Barceloneta’s defeat, too. Sabadell edged out Barceloneta in the semifinals (17:16) after a penalty shootout. Barceloneta, the reigning champion, was defeated for the first time in the national competitions after May 18, 2017. Three years ago, Sabadell beat Barceloneta in the second match of the playoffs final series. But, Barceloneta won the title that year.

All matches of the male Super Cup offered a lot of thrills. As for women, Sabadell, the current European champion, was convincing in the final.

There were plenty of twists and turns in the encounter between Barceloneta and Sabadell. The first quarter belonged to Barceloneta (4:3). However, Sabadell’s Nemanja Ubovic scored two goals in the first two minutes of the second period, and his team went in front (5:4). At halftime, the hosts had a 7:6 advantage.

Both teams scored a goal each in the third period. Early in the fourth quarter, Sergi Cabanas converted a man-up, and Sabadell gained a 9:7 lead. For the first and the only time, the distance between the sides was two goals. Barceloneta equalized (9:9). Three minutes before the end, Sabadell regained a lead (10:9). However, Felipe Perrone responded immediately to level the score – 10:10, and shortly after, added one more goal to put Barceloneta in front (11:10). A minute and a half before the final buzzer, Sergi Cabanas found the net for 11:11. Since there were no goals in the last 90 seconds, the penalty shootout determined the outcome of this thriller.

No one of the scorers made a mistake in the series of the first five shots. In the 6th series, Felipe Perrone failed to score. On the other side, Bernart Sanahuja, who came to Sabadell from Terrassa this summer, sent the ball to the net for a 17:16 victory.

The match Terrassa – Barcelona was also very exciting. Barcelona built a 2-goal lead in the first quarter (5:3), and led for most of the time, but before the fourth quarter, the teams were at the same starting point (7:7). Barcelona’s Adria Delgado converted a man-up in the 29th minute, and it turned to be the last goal in the match. Barcelona advanced to the final with an 8:7 victory.

The final game was very similar to the semifinal encounters. Sabadell and Barceloneta played a match with a lot of twists and turns.

Barcelona was ahead most of the time, but the visitors’ lead was never bigger than a goal. Sabadell’s Sergi Cabanas netted an opening goal. Barcelona grabbed a lead (2:1) in the middle of the first period. Sabadell leveled the score 2:2. From that point on, the rivals were in a “tit-for-tat” battle. Barcelona was the team that controlled the result and led, but after each Barcelona’s goal, Sabadell equalized.

In the middle of the third period, Adria Delgado put Barcelona in front for the last time (7:6). After that, Sabadell kept the visitors goalless for nine minutes, while it produced a 3:0 rush to gain a 9:7 lead. The gap between the sides was two goals for the first time. Still, Barcelona equalized – 9:9. It seemed that the match would enter the shootout. But, Sergio Cabanas beat the buzzer. Just a second before the end, he found the net, and Sabadell won 10:9.

Cabanas, who scored three goals, was voted the MVP of the final, while his teammate Eduardo Lorrio received an award for the best goalkeeper.

Today’s trophy is the 4th Spanish Super Cup for Sabadell. Barceloneta is a recorder with 15 Super Cups, Sant Andreu won one.

The women’s Super Cup wasn’t so exciting as the battle between the male teams.

After beating Mediterrani in the semifinals, Sabadell dominated the final game against Mataro. The European champions were 6:1 up after the second quarter and that determined the rest of the match. 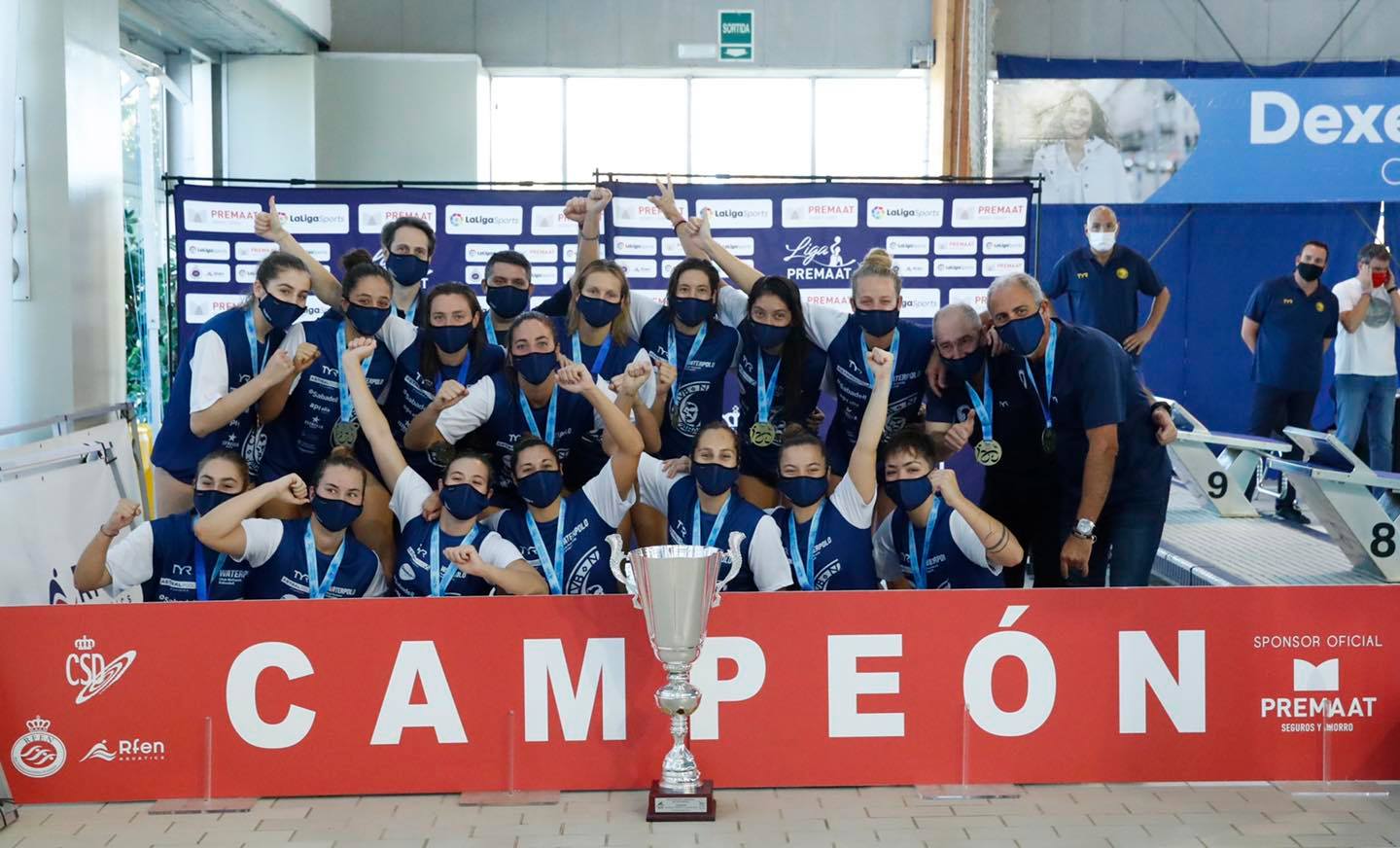 Both individual awards went to Sabadell’s players. Irene Gonzalez was the best player, and Laura Ester the best goalkeeper of the final match.