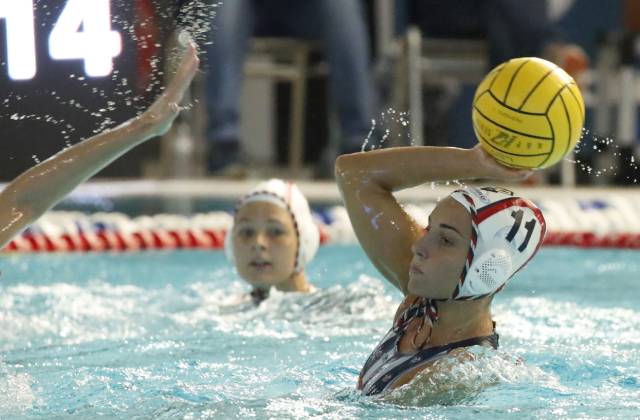 After a heavily reduced opening matchday last weekend, matchday 2 saw a more normal looking schedule to the women’s Division de Honor in Spain. There were wins for Mataro, Sabadell and C.E Mediterrani, while Barceloneta remain winless from their first two games. The game between C.N Rubi and Sant Andreu was cancelled due to the World Championships as Sant Feliu are also yet to play this season.

Barceloneta suffered a second defeat this season at home to fellow promotees, Boadilla. The game was very competitive but a quick start from Boadilla in which they won the first quarter by three goals was enough to secure the points for the side from West Madrid.

Four goals each from Maria Ramos Fernandez and Giorgia Gallinato Raffaele was enough for Boadilla to take the win, but all the pressure is now on Barceloneta. While last week’s loss to Mataro can be compartmentalized, this defeat so early on in the season is a worry for Marc Comas, as this was a game they would have definitely targeted to win before the season started. Their next fixture looks daunting, as they face last year’s champions, Sabadell.

For Boadilla, this result is the perfect start. They will certainly face tougher opposition, but an away win in their first game of the season is nothing to be scoffed at. They indeed did it all without their young star, Elena Camarena, who is recently an U20 world champion with the national team in Netanya.

The impressive looking Mataro have maximum points from their first two games with a comprehensive away victory over nearby C.N. Catalunya. Dani Ballart’s side is really clicking despite the fact that many are new to the squad. The perennial Annie Espar scored 5 times in the match, while Simone Van de Kraats is settling very well into life on Catalonia’s North Eastern coast, scoring 4.

The hosts did take a 2-0 lead in the first quarter thanks to two finishes from Maartje Van Rijn, but by half-time, the score was 11-5 to Mataro. There was some pushback from Catalunya in the third, with goals from Angela Ruiz Fernandez and two from Naia Begona. But ultimately the quality shone through for Mataro, who really look a good bet to challenge for the title this year.

Mataro will look to make it three from three as they take on Sant Andreu, while Catalunya will travel to Madrid next weekend in a very winnable game against Boadilla.

Mediterrani got their league campaign off to a flyer, defeating Concepcion in an incredibly one sided affair. In the match, there were five goals for the Dutch International Iris Wolves, while Clara Espar netted one less (4) than her sister did against Catalunya.

It was certainly a game that eleven-time champions Mediterrani were expected to win against the Madrilenians, as Concepcion’s aim for this season will once again be to remain in the top flight of women’s Spanish water polo. They’ll hope to kickstart their campaign against the so-far absent, Sant Feliu.

Sabadell put their Super Cup defeat out of sight and mind as they began their domestic league title defence  with a win over Zaragoza in Aragon. In a spectacle of wonderful individual play from the likes of: Sabrina Van der Sloot, Irene Lopez and Maartje Keuning (Sabadell) and Julia Tazueco and Miriam Ciudad Herrera for Zaragoza, we were treated to lots of attacking prowess, but not an awful lot of top-class defending.

The hosts were not bad during the game, and gave Sabadell a lot to think about when they attacking. It was ultimately a shaky spell after half-time that saw the points go to David Palma’s side.

Sabadell will want to build momentum going into this season and the Euro League, and they have a quick turn around as they face Mediterrani on Wednesday evening, and Barceloneta next weekend.