SPIF Vattenpolo Stockholm won the Swedish National Championship. This trophy is the first national title for SPIF since 1997.

Since the league was interrupted due to the coronavirus pandemic, the competition format was changed for the championships’ resumption.

The top four teams – Jarfalla, Hellas, SVA Malmo, and SPIF Stockholm – played at a three-day round-robin tournament, held in Stockholm. All games in this mini-league had to have a winner. If a match ended in a draw, a penalty shootout would decide a winner. The tournament was held behind closed doors.

SPIF and Jarfalla won their games against SVA Malmo and Hellas, respectively, and their encounter on Day 3 was a match for the title.

Jarfalla was the favorite, as they had a complete roster and had won their matches very comfortably. On the other side, SPIF had a team with a few young players. The Stockholm-based side recorded narrow wins in the first two rounds.

The encounter between SPIF and Jarfala was incredibly thrilling. Jarfalla opened the match with a 2:0 lead. However, SPIF, supported on a great defense, came back quickly in the last two minutes of the 1st quarter and turned around a deficit to a 3:2 lead. The second period was even, with good chances on both sides. The only goal was scored by SPIF, which had a 4:2 advantage at halftime.

In the third quarter, Jarfalla tightened its defense and scored two quick goals from counter-attacks to equalize 4:4. The fourth period saw a great battle. SPIF took a 5:4 lead, but Jarfalla leveled (5:5). Both teams had chances to score a winner, but inspired goalkeepers didn’t let this happen, and the match entered the penalty shootout.

The last penalty, saved by Veganzones All photos by Britta Hassler

All SPIF players found the net in the shootout, while their goalkeeper Jose Javier Veganzones managed to save a penalty in the 5th series. Veganzones was voted the MVP of the game.

The national title, the first one after 23 years, is a significant milestone for SPIF, the club coached by Andrija Sinzar. 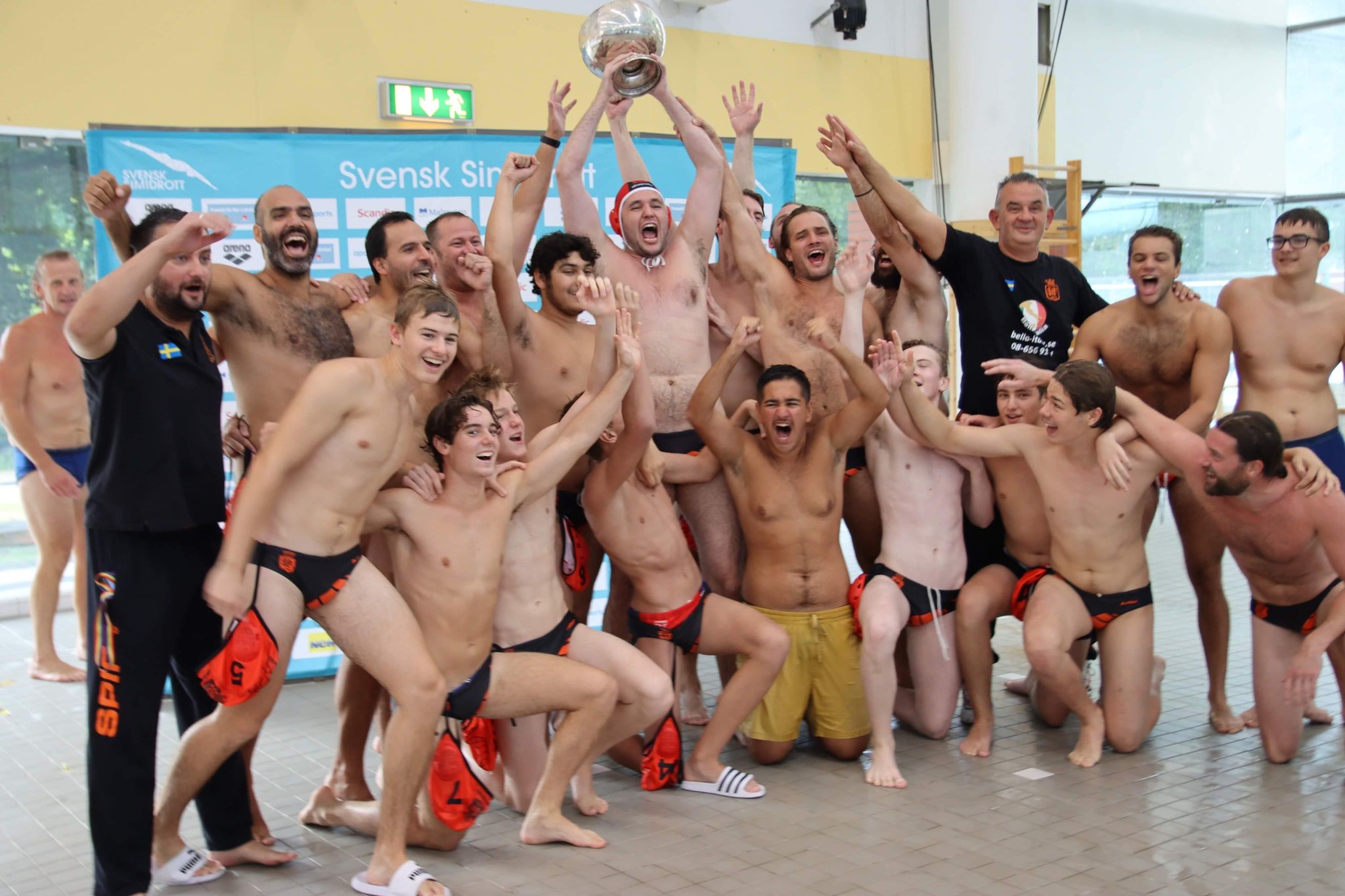