Start of Italian League postponed, new format to be discussed 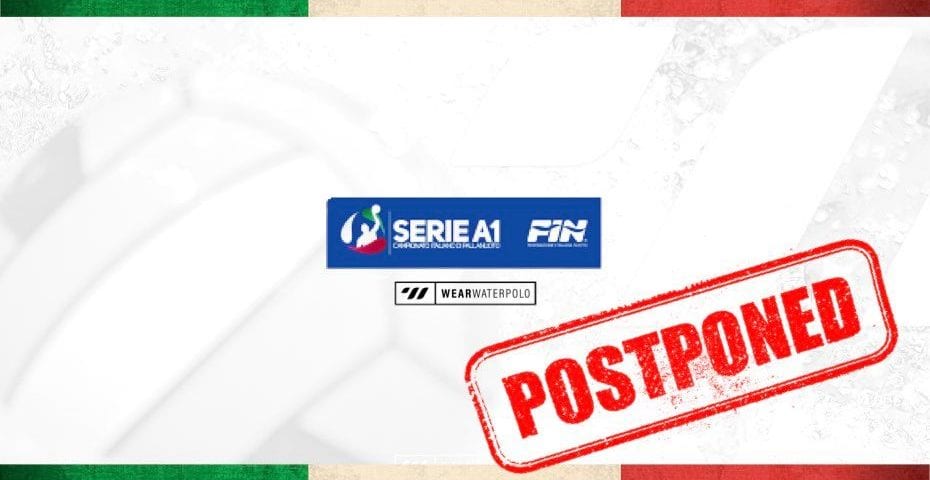 The 102nd Italian Championship won’t start tomorrow, as it was scheduled.

Because of the series of the coronavirus cases in Italian water polo in the last few days, the clubs and the Federation agreed to postpone the start of the Championship. The new dates haven’t been determined yet, but the League is postponed for at least two weeks.

It’s likely that the competition format will be changed, Italian media published. The objective is to reduce the number of matches and travels. Therefore the risks of coronavirus spreading will be lower.

According to the calendar, it is planned that the regular season consists of 26 days (double round-robin format). After the regular season, the 1st-placed and the 2nd-placed would face off in the final (best-of-five), while the 3rd-placed and 4th-placed club would battle in the 3rd-place playoffs (best-of-three). The teams placed 12th and 13th would play in the relegation playoffs.

The Federation and the clubs will discuss a new format in the next few weeks. According to the unofficial information, published by Italian media, one of the proposals is a competition system similar to the Champions League “bubble format “. Several tournaments would be played instead of 26 league days. Maybe, the clubs will be split into two or more groups. The teams would be isolated during the tournaments and they would be tested before each of the tournaments.

These three clubs played in the same group of the second round of the Italian Cup. The fourth club was Iren Quinto. Yesterday, Quinto announced that all of their players had tested negative.

There are positive players in the Italian female water polo, too. The women’s League was scheduled to start on October 10, but the first round will probably be postponed.