Stefan Ciric: “France can become new Australia, national league is stronger than ever” 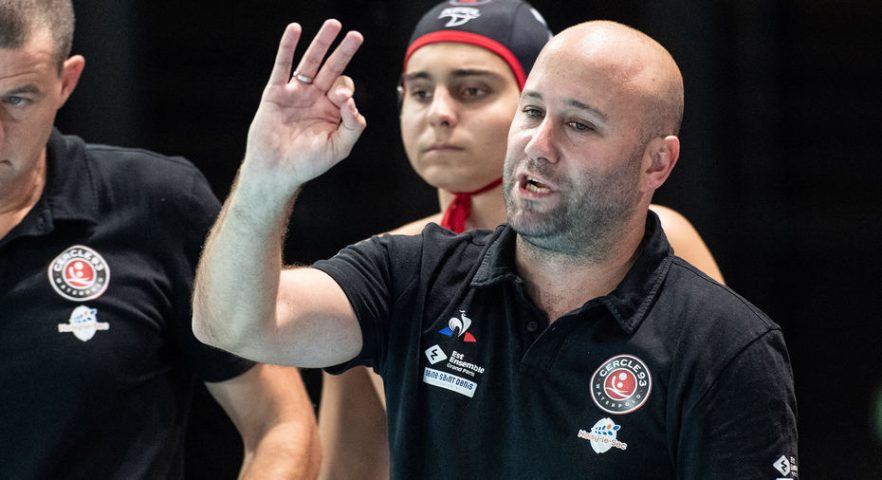 Stefan Ciric Photo by WP inside

French water polo has progressed remarkably in the last few years. So far, the crown of the upturn has been 4th place in the World League. But the French’s ambitions are higher.

We spoke to one of the witnesses of the expansion of water polo in France– Stefan Ciric. The Serbian coach, who was Dejan Savic’s assistant on the national team and guided Partizan, isn’t only a witness of the progress. He has an indirect impact on the success of the national team.

Ciric has been working in France for two years. In 2020, he took over Noisy-le-Sec, the club that is also part of the advancement of French water polo. The Parisians achieved great results in the past seasons and became the 2nd-best club in the country.

Commenting on the current situation and quality of the French clubs, Ciric said:

“It’s evident that the French invest a lot in water polo. The League is of high quality and very balanced. For example, Noisy-le-Sec, the runner-up in the past two seasons, lost to the club that finished in 10th place last season. There are no easy wins in the French championships. Most clubs straightened their rosters this summer, and a new group of excellent players arrived in France. In my opinion, the next season will be the best French water polo Championship so far.”

The popularity of water polo has also been increasing. Nothing happens by chance. The French are aware that bringing quality players isn’t enough. The clubs work a lot on marketing.

“The clubs use the potential of social media and other channels to promote their games and invite spectators. They pay a lot of attention to marketing. Fans come to the pools, especially in Aix-en-Provance, Lille, Douai, etc. We also have packed stands in all crucial games. Besides that kind of promotion, the clubs provide live broadcasts of the games on their social networks. All in all, many water polo clubs from countries that are more successful than France can learn a lot about promotion from the French clubs.” 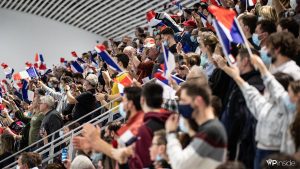 All photos by Philippe Fretault/WP inside

The higher quality of the League affects the national team.

“Of course, the French players develop playing with and against the experienced foreign players. The national team’s results prove that French water polo is going in the right direction. France beat World champion Spain in the World League qualifications, which was unthinkable earlier. By winning 4th place at the World League Super Final, the national team achieved the most significant success  since the 1936 Olympic Games.”

The results in the pool are the effects of long-term plans and extensive work.

“The quality of French water polo isn’t centralized in one club. Marseille is the leader of progress. Most of the members of the national teams are from that club, but national team players come from other clubs too. The national team has good working conditions. They use an excellent training center INSEP, and organize preparations several times during the year. The national team straightened its coaching staff with one of the best coaches in the world, Vjekoslav Kobescak. They had excellent working conditions and high ambitions. We all hope the French water polo will keep momentum after the 2024 Olympic Games.” 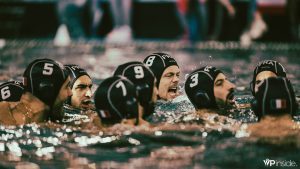 The national team of France

The next challenge is the European Championship in Split. The latest successes boosted the French’s hopes before the Split tournament.

“Their ambitions for the Europeans are justifiably higher than ever before. They work a lot and had a good team. As I said, the national team has had gatherings throughout the year. They started the summer with challenging physical preparations in June. France has a team that is a combination of experienced and young players. I think they can go several steps further than at the previous European and World Championships.

If they continue to go the way they started, I believe that none of the favorites won’t beat France with ease at the Europeans. The serious and well-planned work is a good basis for the Paris Olympics and a period after the Games. I believe France will be a much stronger opponent than Brazil was at the 2016 Olympics. France may become a team like Australia in its best days. They maybe won’t  favorites against the top nations, but none of the best teams in the world can’t be sure that it will beat France.”

Ciric mentioned Vjekoslav Kobescak, but Jug’s coach isn’t the only expert from the countries of former Yugoslavia in France. Until the last year, the national team head coach was Montenegrin Nenad Vukanic. There were, and there are still a lot of Serbian, Croatian, and Montenegrin coaches in France.

“In the last season, two clubs were guided by foreigners. Milos Scepanovic coaches Marseille and I Noisy-le-Sec. Petar Kovacevic, who coached Marseille several years ago, returned to France and took over Tourcoing Lille. Croat Igor Racunica coached Strasbourg a few seasons ago and won the National League. Nikola Stamenic, former Yugoslavia’s head coach, guided Marseille early in the 21st century for a year and a half. In talks with the coaches and players, I see he left a strong mark in France. Besides, the coaches from the ex-Yu countries work with junior and youth teams in some of the clubs. The French believe that they can learn a lot from us. The results prove that they are making good choices. Marseille and Noisy played in the final for two years in a row”

“We have broken some barriers in the last two seasons. In the 2020/21 season, Noisy reached the semifinals of the playoffs for the first time in the club’s history. Then, we qualified for the final, where we lost to Marseille in two close matches. In the past season, we played in two finals – in the League and the Cup. The juniors also have good results. Noisy is the French champion for U21 players.” 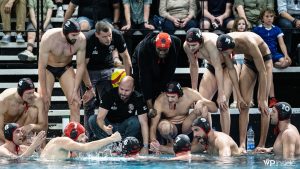 Noisy’s head coach is satisfied with the jobs the club did in the transfer market. The biggest reinforcement is the best scorer of the 2022 World Championships, Alex Bowen.

“Even before the World Championships in Budapest, we agreed with American Alex Bowen. Besides him, newcomers are Drasko Gogov from Novi Beograd and one of the best French goalkeepers Remi Garsau, who won 10 national titles with Marseille and came from Nice. We kept Antonio Petkovic and Croatia’s captain Ivan Krapic.

For the second year in a row, we will play in the Champions League Qualifications. Last year, we were unlucky in the draw because we played in the group with Brescia, which won 4th place at the F8 in Belgrade, and OSC, which wasn’t far from the Final Eight. Next season, we will try to come closer to the Preliminary Round. If we fail to reach the Preliminary Round, we will have an opportunity in the LEN Euro Cup. A new competition system opens new chances to the clubs eliminated from the Champions League. I think we have a quality team for good results in Europe. As for the national league, our goals remain the same – a spot among the top three teams.”, Ciric concluded.