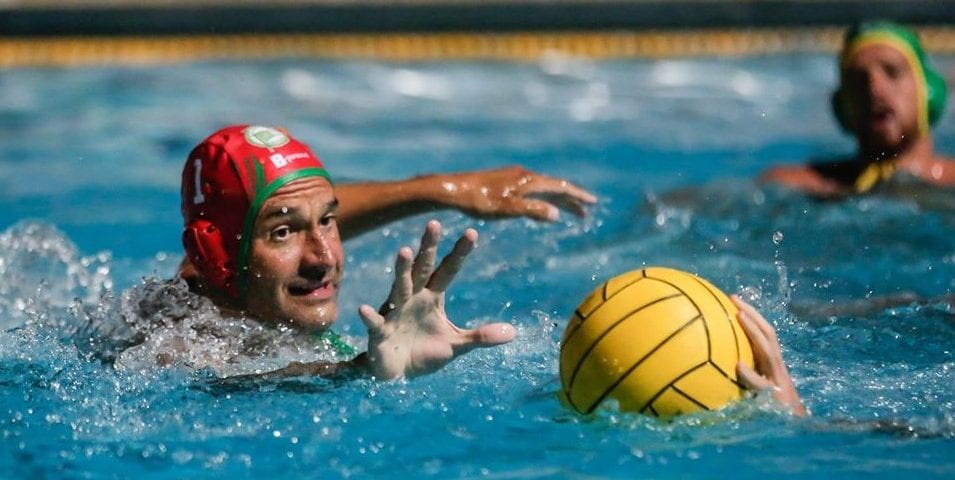 Stefano Tempesti, a legendary Italian goalkeeper, hasn’t played for the national team since 2017. He is 41-years-old (born June 9th, 1979). The Olympic Games are postponed to 2021. But, Tempesti still hopes that he can return to the Italian national team and play at the Tokyo Games, which would be his 6th appearance at the Olympics.

In an interview with the newspaper “Secolo XIX”, based in Genoa, Tempesti says that his Olympic dreams are still alive.

After 16 seasons in Pro Recco (2003 – 2019), he moved to Ortigia last summer. When he moved to Ortigia, his objective was to play continuously at a high level and to chase a spot in the Italian national team (the competition at the goalkeepers’ position in Pro Recco became too strong after Croatian goalie Marko Bijac came to the club).

“Even if the Olympic Games were postponed for two years, not for one, I wouldn’t give up. I feel good, and as long as I am in good shape, I will be ready for the national team. Head coach Alessandro Campagna has watched me several times this season. I don’t need to tell him anything. It is a matter of respect”, Tempesti said.

Tempesti made his Olympic debut in Sidney in 2000, and since then, he hasn’t missed the Games. Tempesti has won one Olympic silver (London 2012) and one bronze (Rio de Janeiro 2016). Two months before the Rio Olympics, he had retinal surgery, but he managed to recover and play at the Olympic Games. He proved that he is a big fighter and has a lot of motives.

Spanish goalkeeper Dani Lopez will be 41-years-old next year, Hungarian Viktor Nagy will be 36 soon.

“Lopez and Nagy play for the national team and will look for one last joy at the highest level, and I hope I can do like them.”

Ortigia has a very good season. Recently, the club advanced to the Euro Cup final. It qualified for the Final Four of the Italian Cup and is in 3rd place in the national championship currently. Tempesti hopes that all three competitions can be finished since the Olympic Games are postponed.

“Our main goal is the Italian Cup. The final of the National Championship would be great satisfaction. But, winning a continental trophy would be the best achievement. Ortigia is writing history. We are doing it all together, and we can leave a mark. I think that the clubs’ season can end in the summer and it would be very nice.”

But, Tempesti agrees that the competitions aren’t crucial at the moment. There are other priorities during the coronavirus pandemic.

“First of all, I think about health. Of my family, mine, my friends and everyone!”

Warming up for decision day in Trieste