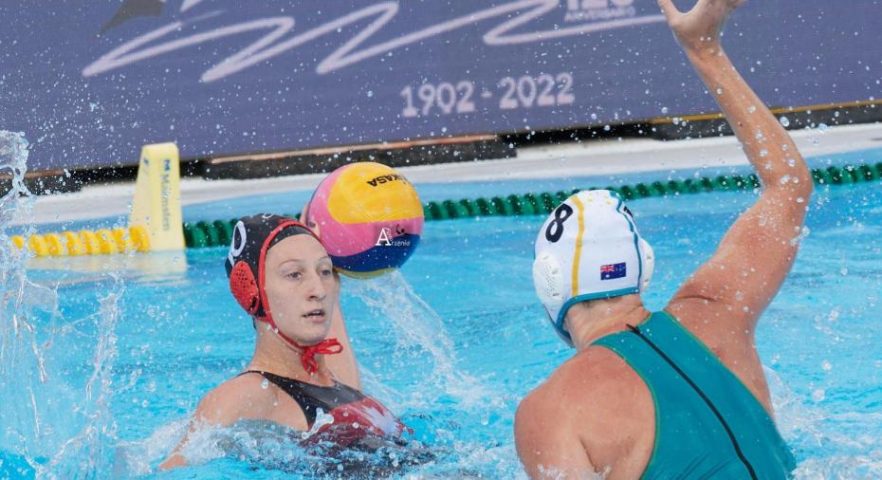 Australia and Italy will meet in the 5th-6th classification finals tomorrow after overcoming Canada and New Zealand, respectively, this morning.

The Aussie Stingers came from behind to defeat Canada 12-10, with a big performance in the 3rd quarter. A sloppy Italian display in their duel was still enough to defeat New Zealand by a margin of 13-5.

Canada and New Zealand will meet in the 7th-8th play-off. The two teams fought out a 20-11 game in the 9th-10th play-off at the World Championships earlier this year, with Canada taking a victory in that match.

The semi-finals proper begin this afternoon, with Spain taking on the Netherlands, before the United States clash with Hungary.

Australia came from behind to book their place in the 5th-6th final with a 12-10 victory over Canada today.

In a tightly-fought contest, the Canadians were in control of the game up until half-time, but some sloppy defending by the Maple Leafs allowed the Stingers to dominate the third quarter.

Despite a tough start to the game, Tilly Kearns was outstanding at centre-forward, netting three times . Amy Ridge was also in top form, following up her excellent three-goal performance yesterday with another hat-trick today.

Australia will now face Italy in the 5th-6th final, while Canada will take on New Zealand in the 7th-8th play-off.

Canada started well in the first eight minutes of the game, moving the ball with intent and putting away some nice finishes. Tilly Kearns netted the first goal for the Stingers on the breakaway, but Canada turned the game around with three consecutive scores: Kindred Paul converted well on the 6 on 5 play, Hayley McKelvey drove the ball past Palm, and then Rae Lekness powered home from centre. 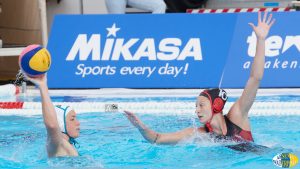 The Maples built a small lead in the second quarter via an emphatic finish from Emma Wright off the post before an excellent long-range lob by Floranne Carroll (3-5). The Stinger started to create a bit of momentum though, aided by some poor defending from the Maples; Tilly Kearns converted from the centre, while solid strikes by Amy Ridge and Alice Williams put Paul Oberman’s side level (5-5).

The Canadians led by a single score going into the second half thanks to a well-taken penalty score by Kyra Christmas, but the Aussies were level immediately into the third period with a penalty of their own, slotted home past Gaudreault by Alice Williams. 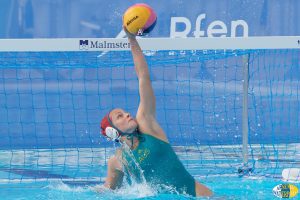 In the third quarter, the Stingers reversed their fortunes, surprising the Maples and taking a 10-7 lead into the final frame. Tilly Kearns scored two excellent shots from the centre, while Halligan (5-metre penalty) and Ridge (from the top) beat Clara Vulpisi with powerful shots.

Canada stopped the rot in the last period, but the Australians kept hold of the three goal lead until late on; Amy Ridge took her tally to three goals before Jamie Oberman sealed the victory with 1:12 left on the clock. A well-taken brace by Kyra Christmas did nothing to change the Maples’ fortune.

There wasn’t much of a disparity between the two teams in the first game of the day, despite Italy prevailing 12-5 over New Zealand this morning.

Braces from Roberta Bianconi, Giuditta Galardi, and Dafne Bettini helped Setterosa to their second victory this week. Emmerson Houghton and Emily Nicholson both hit a double score in the match, taking both of their tallies for these World League Super Finals to seven goals. 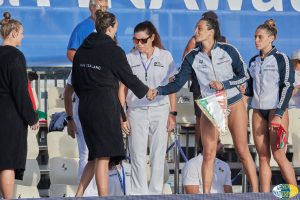 The eight-goal difference between the two teams perhaps flattered Italy for how they played in this particular game; they looked dejected and played with a slow tempo. The Italians weren’t at their best, but they did enough to progress to the 5th-6th final tomorrow.

This was probably New Zealand’s best performance so far this week. The score was 6-3 at half-time, but it could and should have been slightly closer. A scoreless third period for the Kiwis essentially ended the game as a contest, but they showed a positive fortitude until the last whistle. 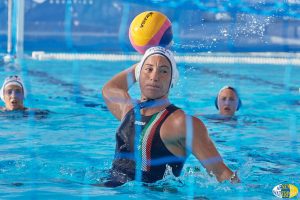 Both keepers were excellent in the game, with Spandau’s Jessica Milicich keeping her team close on the scoreboard with a number of excellent saves, including two penalty saves Aurora Condorelli, Italy’s replacement goalkeeper from Ekipe, was also in good form. 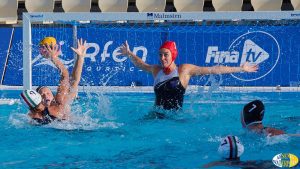