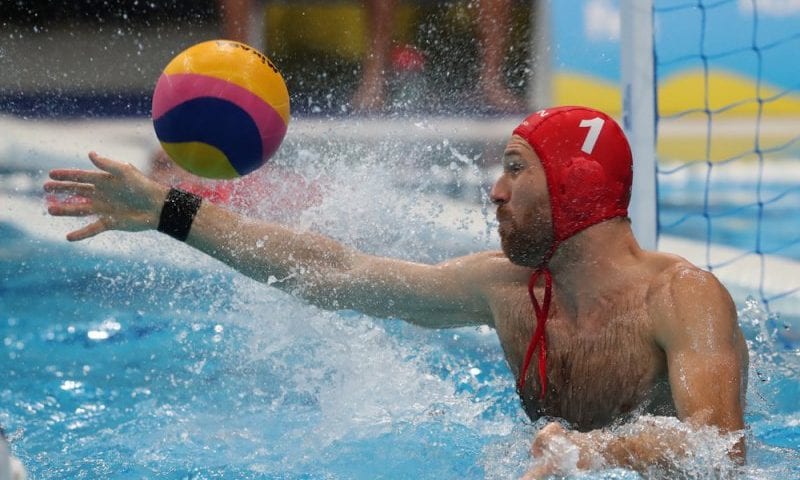 Brescia and Barceloneta joined Recco in Group A to qualify for the Final Eight, while Eger and Dynamo had only a mathematical chance to catch Ferencvaros for the fourth spot. In Group B the heat is still on as Szolnok halted Jug’s unbeaten run to stay in the hunt while Olympiacos and BPM Busto also won, so the last two rounds promise tremendous excitements.

For a couple of minutes Dynamo seemed to have some serious chance to make the cut as they scored five goals in a row in Barcelona to take a 4-6 lead after being 4-1 down early. And they had a man-up to go three goals up but missed it and the Spaniards netted two in the last 32 seconds to tie the match by halftime. And in the third they added three more – this time they had a 5-0 rush –, then netted two again in the last minute of this period and kept all three points at home.

This the four-point gap remained between the Russians (and Eger) and Ferencvaros and the Hungarians just need a win against Steaua in the following round to secure their F8 berth. For a short while gaining that win even seemed possible against Recco when they led 4-1 in the first period. But the Italians netted three in 101 seconds still in the opening quarter, scored four more in the second and this 0-7 rush decided the outcome. In fact, the hosts could score only three goals in the last three periods while Recco offered some fine plays, including a couple of nice moves and goals from Niksa Dobud who returned to the pool in this match after having served his four-year doping ban.

Brescia earned an easy win in Belgrade to maintain its second place and Eger settled the bill in Bucharest in the first three periods – a unique stat: in this round all four winning sides scored 13 goals in Group A.

In Group B Szolnok halted Jug’s unbeaten run with a solid performance. Even though two key players were missing from the hosts’ line-up, they were better motivated than the Croats who were already on their way to Hannover. This win gave a lifeline for the 2017 champions as they clash BPM at home in the next round but beside a desired win they would also need Olympiacos’s help to beat BPM too on the last day.

In this round both BPM and Olympiacos won with ease. The Italians beat F8 host Hannover convincingly while the title-holder Greeks downed Spandau in Berlin with some fine defending, allowing only three goals to the Germans. In the all-Croatian derby Mladost and Jadran produced a brilliant game. The visitors took a 2-5 lead in eight minutes but Mladost equalised in the second with a triple what was perhaps the fastest one in the season as they netted three in a span of 52 seconds. Then, with another triple they went 10-8 up after 7-8 but it was Jadran’s turn in the fourth, this time they scored three in a row and clinched a fine win at the end.