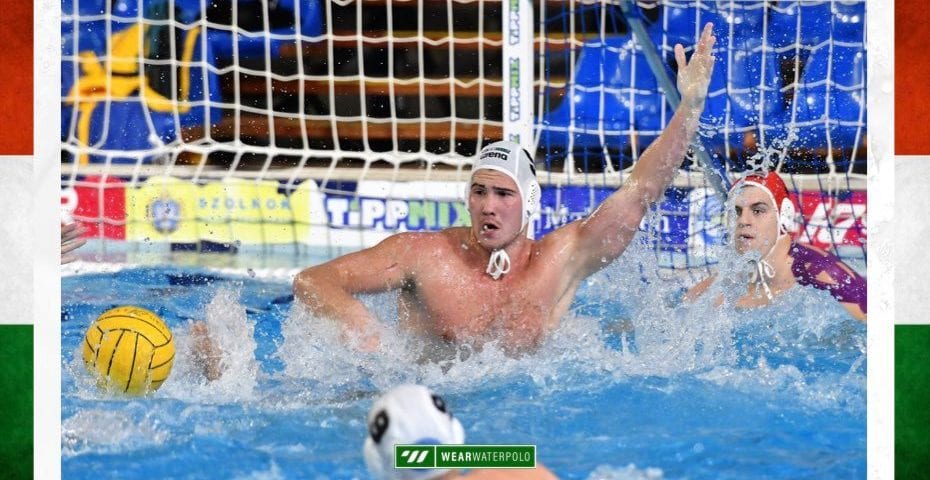 Szolnok qualified for the final of the Hungarian championship after the first match of the semifinal series.

Szolnok beat BVSC 11:7 in the opening match of the playoffs. A team that wins 7 points in the series qualifies for the final. But, the points won in mutual encounters in the regular season were “carried” to the semifinals. Szolnok started the series with 4 , and BVSC with one point. Today, Szolnok reached the 7th point and advanced to the final.

The former European champion still waits for its opponent.

At least one more match will be played in the second semifinal duel between OSC and Ferencvaros. Today Ferencvaros’ water polo players defeated OSC in a low-scoring battle (7:2) and kept their hopes alive. But, OSC is still in advantage, as it “brought” six points from the regular season.

Szolnok broke BVSC in the middle two quarters. The first period was balanced (2:2). Early in the second, Batizi put BVSC in front (3:2). But, after that, Szolnok ruled the field. The hosts kept BVSC goalless for more than 12 minutes while they produced an 8:0 series and jumped to a 10:3 lead in the 23rd minute. BVSC scored two goals in the last 67 seconds of the third period for 5:10, but it was too late for a comeback. Szolnok controlled the match.

On Sunday, OSC defeated Ferencvaros (9:7) in the last match of the regular season and took a giant step towards the final since it won all six points in the league matches against Ferencvaros. OSC had a great chance to secure its spot in the final today.

But, Ferencvaros extended the series beating its Budapest-based rival easier than expected. Ferencvaros’ defense was up to the task today. Their goalkeeper Soma Vogel was outstanding. He posted 14 saves (OSC goalies Levai and Devai collected five saves in total).
Ferencvaros opened the match with a 3:0 lead. OSC got on the scoreboard in the 12th minute, when Balazs Harai scored an action goal for 1:3. But, Ferencvaros responded with four unanswered goals. Gergo Zalanki closed that 4:0 series in the 25th minute to give Ferencvaros a 7:1 advantage. OSC managed to score one goal in the remaining time, and Ferencvaros secured the 2nd match with a comfortable 7:2 victory. Ferencvaros will be the host in the next game, scheduled for May 13.