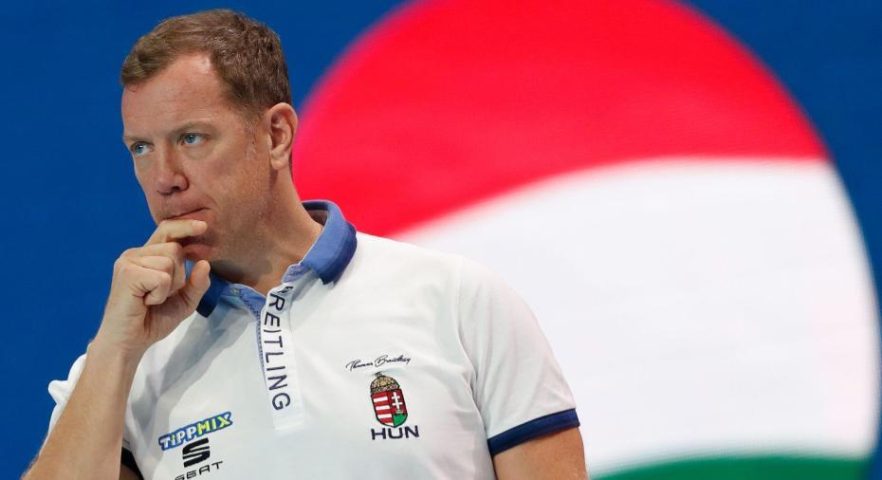 Today, The Hungarian Water Polo Federation announced that Marcz had left the bench. The coach and the leadership of the Federation reached a mutual agreement about Marcz’s departure.

Both head coaches of the Hungarian national teams (Marcz and women’s coach Attila Biro) submitted their reports about the World Championships in Budapest. The Hungarians can be satisfied with the result of their female team, so there is no reason to look for Biro’s replacement. But Hungary’s men finished in 7th place, which is quite disappointing. A loss to Italy sent Hungary to the matches for the classification for 5th-8th place. Then, the hosts lost to Team USA after a penalty shootout. At the end, the Hungarians beat Montenegro to win 7th place.

Two weeks ago, immediately after the World Championships, the Hungarian Water Polo Federation’s Board analyzed the results, but there was no decision about the future of the head coaches. Today, Marcz and the Board made the final decision.

Tamas Marcz won the Olympic gold medal as a player in Sydney in 2000.

Marcz will be remembered as the national team coach, guiding his team to gold at the 2020 European Championships, Silver at the 2017 World Championships, and perhaps most significantly, bronze at the Tokyo Olympics.

In 2018, FINA chose Hungary as the best male water polo team of the year and Tamas Marcz as the coach of the year. Marcz received the Master Coach Award from the Association of Hungarian Coaches in 2021. Hungarian sports journalists voted him as the 3rd-best Hungarian coach (in all sports) in 2020, while he won 2nd place in 2021.

“Although Hungary finished 7th at the 2022 World Championships in Budapest, Tamas Marcz, who worked as the national team’s head coach for five and a half years, can be considered one of the most successful coaches in Hungarian water polo, for which he deserved the appreciation and thanks from the Board. “, the Hungarian Water Polo Federation announced today.

On Wednesday, The Hungarian Water Polo Federation Board will meet again to discuss a new coach. It’s still unknown if a new coach will be appointed in two days.

According to unofficial information, there are several candidates to replace Marcz – Danial Varga, Zsolt Varga, Sandor Cseh. But this information is still only rumors.

Both of the Varga’s are currently preoccupied with their respective clubs (Daniel at OSC and Zsolt at Ferencvaros). Sandor Cseh, a Champions League-winning coach in 2017 with Szolnok, is coaching the Junior teams at Szolnok.