Tania di Mario: We were 13 tremendously determined women that had one goal 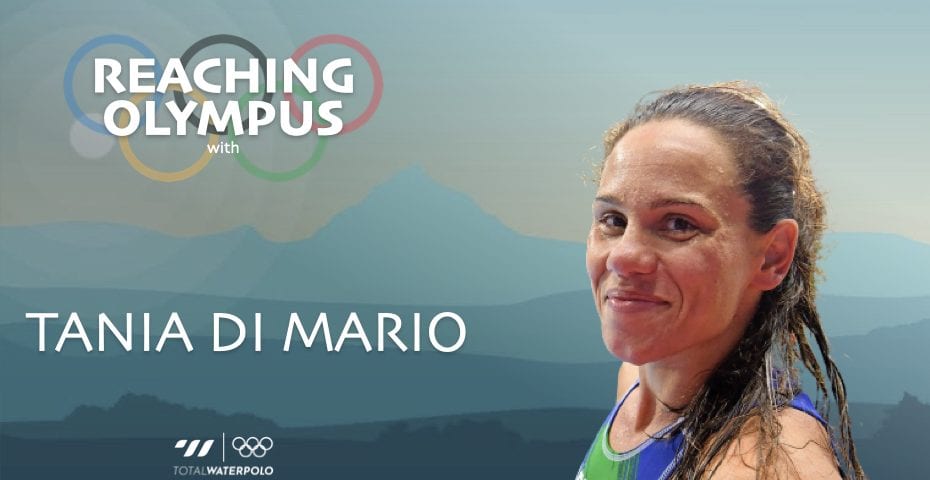 The next “guest” or Total Waterpolo’s “Reaching Olympus” series is Tania Di Mario, the best scorer in the history of the Olympic female tournaments, with 47 goals.

She played at the Olympic Games four times, representing Italy. She debuted winning a gold medal in Athens in 2004. The “Setterossa” returned home with no medals from the 2008 and 2012 Olympic Games, but Di Mario completed her career in the national team with the silver medal in Rio de Janeiro 2016. Besides the Olympic gold and silver medals, she won 13 medals with Italy.

Let’s go back to 2004. While preparing for the Athens Games did you believe you could end up at the top of the podium?

In the group phase, you won against Greece fairly easily (7:2). In the final against them, the game went to overtime. Can you recall that final game, what is the moment you remember the most from that game?

I perfectly remember the stands full of Greece fans. Our fans far fewer but they made themselves be heard.
Their coach spread salt on the edge for good luck before the game. I remember almost everything… every action, but what I remember the best is the last perfect Melania Grego’s goal. I passed the ball to her and she made a masterpiece.

What does it take to become an Olympic champion?

Surely the passion and love for what you do, only in this way, you can find the right determination, the strength to go forward, to endure sacrifices. But above all the desire to share to make oneself available and last but not least, never forgetting to have fun! I’ve always done it until the last second of my last game… after all it’s always a game. 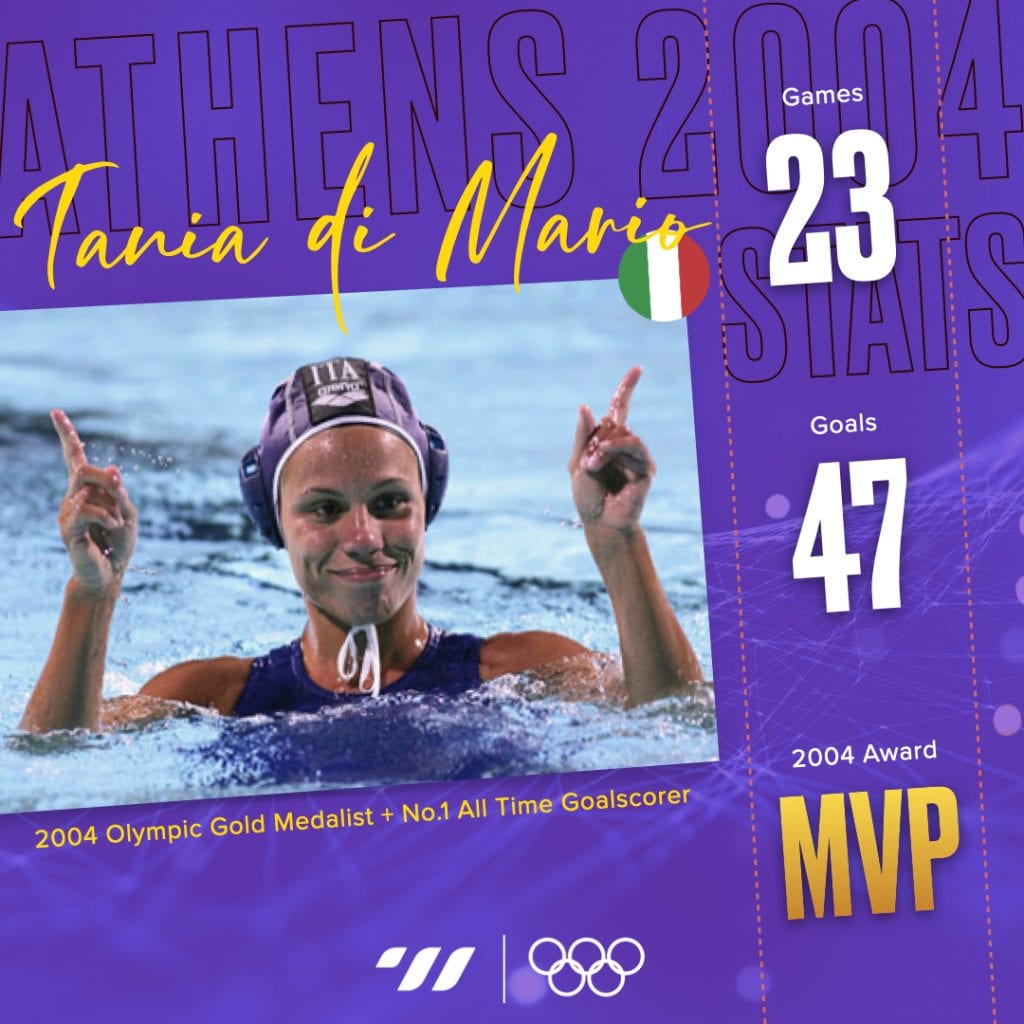 What impact did the gold medal have on Italian women’s water polo?

A gold medal at the Olympics moves the whole movement from its foundations. Many girls with whom I then played and who I met started playing after seeing us win. We created a dream. We inspired them, but I am convinced that we could have done much more for the women’s water polo at that time. We would have been proud and available to be able to improve our beloved sport in a much more lasting way.

The Setterosa and that medal had to be better exploited. We had a great opportunity that we didn’t make the most of…

Let’s take a look at Tokyo. Even though Italy failed to qualify, the competition is very strong. What do you expect from this tournament?

Italy missing out from Tokyo is one of the greatest disappointments for me.

It will certainly be a strange and unrepeatable Olympics given the uncertain health situation.

It is the first time after 4 editions that I will not participate .. it is a very strange feeling.

The 10 qualified teams are in my opinion divided into three bands. South Africa, Japan and China can do a good Olympics but always a step behind the others. Then there are the other batch of teams who more or less at the same level.  Each of these teams has a quality that I really like: the tactics and technique of SPAIN, the class and tradition of HUNGARY, the tenacity of RUSSIA, the unpredictability of CANADA, the strength of AUSTRALIA and the energy of the NETHERLANDS. In my opinion at a highest level there is the team of the UNITED STATES, clearly ahead of the others, but the ball is round and anything can happen.

I wish with all my heart to all teams to live the greatest dream of every athlete to the fullest … the five-circle dream.