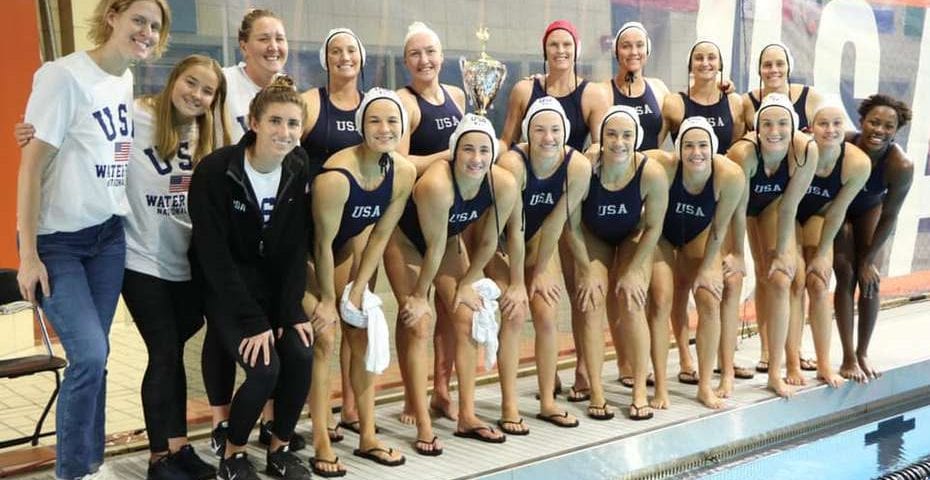 The United States female team clinched the title at the 2019 Holiday Cup, that was ended in Princeton today.

The hosts beat the Netherlands 12:6 in today’s final game. Russia defeated Italy 14:9 in the third-place match.

In the group stage, Team USA edged out the Netherlands after penalty shootout (23:22). Today, the Americans tightened their defense and avoided a thrilling finish of the game.

The Americans needed 10 minutes to kill all excitements in the final. They kept the Netherlands scoreless until the 11th minute. Before the Dutch’s first goal, Team USA had already netted six for a 6:0 lead. The Americans earned a 9:1 advantage with 3:27 to play in the third period, and the Dutch couldn’t come back.

Kiley Neushul led Team USA’s offense with four goals, while the goalkeeper Ashleigh Johnson did a great job, as usual. She made 12 saves.

The American national team, which won gold medals in the World League, at the World Championships and the Pan American Games this season, ends the year with a perfect 37 – 0 record. The Americans extended their winning streak to 68 games in a row.

Russia opened the tournament with three defeats in a row, but it clinched the third place in the end. On Day 5, the Russians beat Canada to secure the third-place match. Today, they took revenge for a 16:18 loss to Italy on Day 2 (after penalty shootout).
Italy took an early 2:1 lead, but Russia responded with four straight goals and earned a 5:2 advantage in the middle of the 2nd period. Quickly after that, The Russians stretched the margin to four (7:4). Italy reduced the gap to one (6:7) early in the third quarter. But, the Russians retook the control and dominated in the final eight minutes.