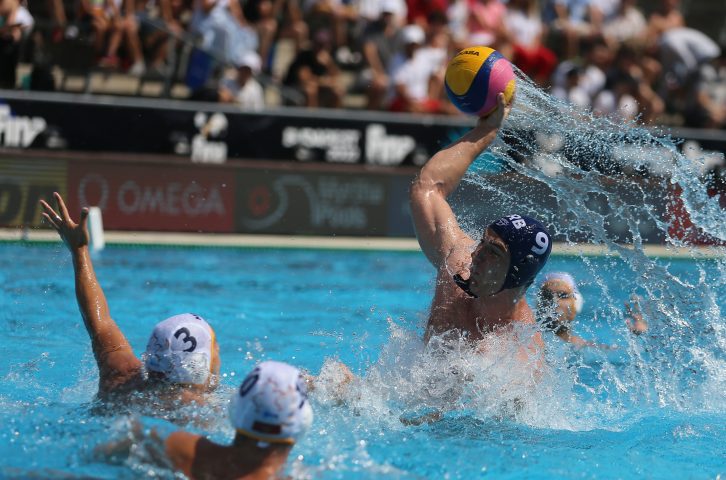 Olympic champion Serbia and Team USA will play in the 5th-place match at the 2022 World Championships.

The United States shocked Hungary in the semifinals for the places 5th-8th. The Americans beat the home team after a penalty shootout – 16:15 (11:11 regular time). This game was the first at the 19th World Championships that entered the shootout, and the result has been the biggest surprise so far. However, even before this game, Team USA proved that it can be an equal opponent to the Europeans. Today, the Americans downed one of the European giants.

The Balkan powerhouses, Serbia and Montenegro, met in the first game of the classification for places 5th-8th. Serbia recorded a 10:7 win, thanks to a better play in the second half.

USA and Serbia will face off for the second time at the 19th World Championships. Serbia beat the USA after a hard battle in the group stage (17:13).

Hungary was better than Montenegro in Group A (12:8).

Follow live scores of all the games on the Total Waterpolo Arena.

The sixth competition day of the Men’s World Championships on Margaret Island started with the game between Montenegro and Serbia.

Both teams scored two goals apiece in the first quarter. Midway through the second quarter, Montenegro went in front for the first time – Perkovic converted a man-up for 3:2. Still, Lazic equalized immediately with a nice backhander. Nikola Jaksic gave Serbia a 4:3 lead, but Djurdjic made it 4:4. However, Serbia had a 5:4 lead at halftime, as Drasovic converted a man-up eight seconds before the middle break. 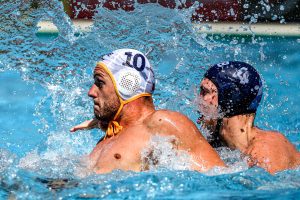 Serbia’s defense was well organized in the first half and didn’t let Montenegro make many good opportunities to shoot . But, the Olympic champions’ attack wasn’t up to the task. The statistical data say that Serbia’s percentage of shots in the first half was 5/17 and Montenegro’s 4/11. But, it should be mentioned that Montenegro’s goalkeeper Petar Tesanovic posted seven saves in the first two periods. Serbia’s captain Branislav Mitrovic blocked three shots. According to Dejan Savic’s earlier plan, at halftime, Dobozanov replaced Mitrovic.

Serbia built a two-goal lead in the third period (6:4 and 7:5). The Montenegrins halved the distance on both occasions, but they had no response after Strahinja Rasovic made it 8:6 (22nd minute).

S.Rasovic converted a man-up from the deep left and stretched the margin to three (9:6). Popadic reduced the gap (7:9). Serbia, a more experienced team than Montenegro, practically secured the win after Radulovic converted a penalty shot in the 30th minute for 10:7. After that, there were no goals.

The home fans created a great atmosphere in the stands of the “Alfred Hajos” Stadium in the last match of the day. It seemed like it was a final, and not a game for the 5th-8th place classification.

From the beginning, it was an even contest. Hungary took a 2:0 lead. The Americans responded with three goals to go ahead (3:2). Still, two seconds before the end of the first period, Krisztian Manhercz gave Hungary a 4:3 lead.
Team USA’s head coach Dejan Udovicic surprised Hungary as he picked a young Adrian Weinberg as the first goalkeeper. Still, it turned into a good move. Weinberg was outstanding today and his saves boosted Team USA’s self-confidence.

Although the Hungarians went to 6:3 in the middle of the second quarter, it was clear that the Americans wouldn’t surrender easily. They leveled early in the third period when Alex Bowen converted a man-up for 6:6. Manhercz and Nagy gave the hosts an 8:6 lead, but Team USA caught the rival again. Stevenson scored with an extra man for 8:7 A second before the end of the third period, the Americans forced a penalty shot, which Daube converted to 8:8.
As usual, Hungary had great support from the fans, but as the game was approaching an end, the Americans started taking control. 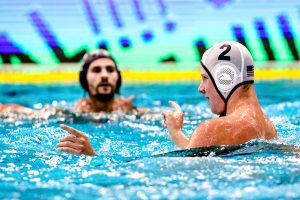 Irving opened the fourth period with a power-play goal for 9:8. After three straight goals from the USA, Varga leveled at 9:9 and ended his team’s goalless phase that lasted six minutes. But, the USA replied with two goals within 22 seconds (Dodd with an extra man and Woodhead) and gained an 11:9 lead for the first time.

Immediately after Woodhead’s goal, Zalanki found the net for 10:11. After that, there were several blocks and lost balls at both ends of the field. The drama was reaching its culmination. Nagy leveled at 11:11 with 01:20 left on the clock. In the next possession, the Americans didn’t convert a man-up. Hungary earned a power-play advantage at 00:33, and their coach Tamas Marcz called a time-out. The hosts had a chance to secure a victory. But, Weinberg blocked Krisztian Manhercz shot with 19 seconds to go. The USA held the ball in the remaining time, and the match entered a penalty shootout.

Weinberg was a hero of the shootout. He saved a shot from Vamos in the 2nd round, which was decisive since all other shooters made no mistake.

The Japanese won 9th place which is the best-ever result for them in the history of the World Championships (they weren’t placed higher than 10th place before Budapest). Georgia, a debutant at the WCH, shouldn’t be unsatisfied with 11th place, but the Georgians were very close to a win today.

The first half was a roller coaster. The Europeans got off to a flying start. In the 8th minute, they led 7:3. However, Japan caught up with Georgia by the middle of the second quarter – 7:7. Baraldi gave the Georgians an 8:7 lead, but the Japanese had a 10:9 advantage at halftime of a high-scoring encounter.

As expected, Australia beat South Africa with ease. The Africans finished in 12th place, although they didn’t record a win at the Championships. Germany, with two wins, is in 13th place. But, South Africans advanced to the crossover round and avoided 4th place in Group C because Canada had Covid issues.