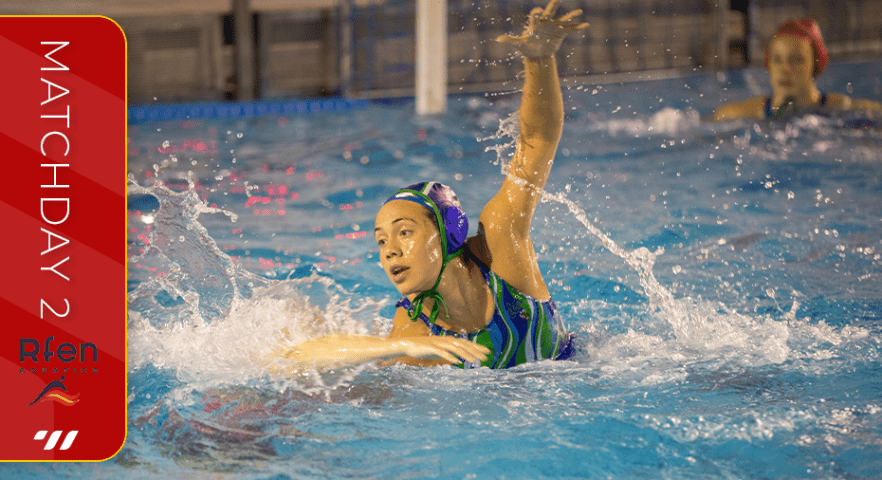 The second matchday in the Women’s Division de Honor saw the top teams enjoy comfortable victories away from home.

Mataro and Sabadell both enjoyed huge margins of victory on the road, with Mataro returning from Madrid having beaten Boadilla 23-4, and Sabadell going back from Rubi having also netted 20+ goals (22-6).

Newly-promoted Tenerife Echeyde are also unbeaten this season, having defeated Feliu in the midweek and edging past Zaragoza tonight.

Xavi Perez’s Terrassa followed up last week’s romping of Sant Feliu with a solid away victory at Barceloneta. In a well-rounded team performance, Terrassa took command of the game from the beginning, building a 6-0 lead in the first quarter from five different attackers: Cuenda, Paul, Ten Broek, Cantero, Bosveld, and Camus.

From that situation, Marc Comas’ team were completely out of the game, despite a decent showing in the second half.

Terrassa will be pleased to see three more goals for their summer signing, Fleurien Bosveld. Kindred Paul marked her first start for the club with a brace. Paula Camus, who was reassigned to the Spanish national team recently, scored twice.

At Can Toda, Medi’s lead was unassailable, and the match was effectively over by halftime. A second-quarter rout by Verica Bakoc, Alba Munoz, Helena Dalmases, Daniela Moreno, and Sarah Lizotte, the team’s captain, brought the score to 8-2 at halftime. With four goals, Lizotte was the game’s top scorer.

Mataro outclassed Boadilla on their trip to the capital today, winning 23-4. Rita Keszthelyi-Nagy netted six goals in the game, while her support cast of Silvia Morell and Viviane Sevenich bagged a quartet of goals each.

Dani Ballarts’ team were ruthless. After taking a 5-0 lead in the first, they kept hammering the goals past a helpless Boadilla defence.

There wasn’t much excitement in the ‘Saints derby’ between Feliu and Andreu – with the latter dominating the former by ten goals.

Five scores from Noelia Mora Perez, as well as hat-tricks from Ariadna Ruiz and Marina Cordobes was enough to seal victory.

Andreu rushed ahead to a 6-0 lead, courtesy in part to a Noelia Mora Perez hat-trick in the first quarter. Feliu found their feet in the middle part of the game with scores from new signing Judith Panicello as well as Laura Roca Herrera, but six goals in a row in the last quarter (Colominas, Rucklelshaus Shabb, Ruiz 2 and Cordobes 2) guaranteed the points for Javi Fernandez’s side.

Tenerife Echeyde are having the time of their lives in the women’s Division de Honor, with two games and two victories. They were better than Zaragoza this evening, with particularly big performances from Clara Ramos and Blaire McDowell, with both players scoring three times.

Echeyde were on top for most of the game, but couldn’t get out of sight of the team from Aragon. The second half saw Zaragoza exert some pressure, but Echeyde were more than up to the task.