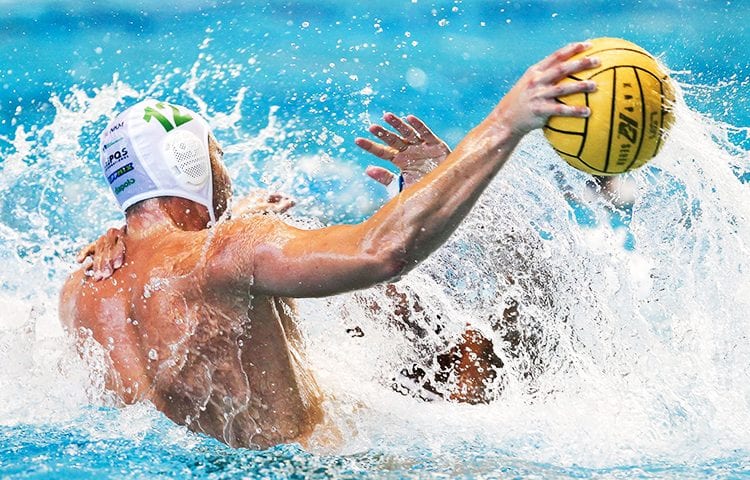 Since all Final Eight berths have been booked on Day 13, only the pairings of the quarter-finals are open. While in Group A the outcome is more or less predictable, in Group B the rankings of the top three sides might be shuffled completely.

If skies don’t come down, Recco (ITA) will complete another perfect 14/14 sheet in the main round as they face the prelims’ only pointless side Crvena Zvezda (SRB). This time the water polo promotion tour will visit Florence where Recco’s last match shall take place.

In this group only the second place can be switched. Barceloneta (ESP) needs all three points in Eger (HUN) to keep the runner-up position as Brescia (ITA) is set to win at home against Steaua (ROU). Equality in points would favour the Italians.

Ferencvaros (HUN) cannot move either up or down from the fourth position, in fact, the Hungarians have all the reasons to spare as much energy in Moscow (RUS) as possible since they are in the middle of their gruelling gold medal battles with OSC at home and this upcoming match is scheduled just three days prior to their second clash in the domestic league.

In Group B Jug (CRO) tries to save something from the huge advantage it gained in the earlier rounds after three winless matches. Losing to Jadran (CRO) at home was perhaps their most embarrassing result in the season, now they need at least a draw at home against Spandau (GER) to secure the top position which they have held since Day 2.

The clash of Olympiacos (GRE) and BPM (ITA) is played primarily for the second place, but another hiccup in Dubrovnik might rocket the winner to the first place. A draw here would favour BPM.

As for the rest of the matches, 2017 champion Szolnok (HUN) would play in Split (CRO) to save some pride before bidding farewell to the League, while Hannover (GER) would need a confidence-boosting win against Mladost (CRO), three weeks before the start of the Final Eight at home.

“I expect a difficult match against the Spanish team, but we want to win our last match in the Champions League.”

“We will play at our home with one of the best European teams. In front of our fans we will try to play a very good game. We will use this game to prepare for our next match with Szolnok in national league.”

“We go into this last match of the regular phase aiming for a victory that will ensure us the second place in the group as we wait to face our rival in the quarter finals of the Final 8. We know that Eger no longer has any chance of qualifying but they are playing at home in front of their own crowd. They have some top quality players and we’ll have to be on the ball and play a great game if we want to get the three points.”

“Our road map is to finish second in the group. We have to believe in ourselves and we have to win. It’ll be a tricky game against a difficult team. We can’t relax for a moment. It’s about reaching a competitive level that let us play for everything at the end of the season.”

“It is going to be our last Champions League game in this season. We will try to enjoy it.”

“FTC is a strong team and we lost our first game against them. But I think that this time we have to win for one hundred per cent: we will play at home, with the support of our fans. We want to finish this Champions League season with a good mood despite we won’t play in the Final 8. Soon we also will have a final of Russian Championship and this match against FTC will be a great test and exam for us.”

“Dynamo Moscow have improved since the last time we met them, when we won 13-6 at home. We know that Moscow is a strong team especially in front of their crowd, but we would like to finish the group stages with a good result.”

“We are preparing for our last Champions League match before the Final 8. Dynamo is a strong team especially at home. They beat very good teams not just once there. We want to play a good match against them where we practice some elements of our game we want to improve. And of course to win and bring the three points home is the most important thing.”

“We close a group we dominated. Red Star is probably the team less strong than the others, but it deserves our maximum respect: we will have to approach correctly the match. This game will help us to prepare the Final 8 in Hannover, our goal.”

“It will be a special game; I have many memories, all beautiful, related to Rari Nantes Florentia and the city of Florence. The fans’ response will be great, it is a pride for me to bring Pro Recco and Champions League to Florence, a place that loves water polo.”

“We are looking forward to playing with such a great team as Pro Recco is. We are definitely ready to confront them.”

“I’m always glad when we play against one of the greatest teams, because not only we can learn a lot from them, but also we can get every time better and better. We have practiced a lot so I’m expecting an interesting game.”

“The result of this Wednesday’s match is not so important, I don’t think Barceloneta will be defeated in Eger. However, in our swimming pool we absolutely want to bring the preliminary round to the best end. In a very hard group we’ve made a very good job by reaching the Final Eight for the third time in succession and now we want to keep on going. We’re a little bit in emergency for some injuries, but I’m sure we will play determined and strong and give our best from the beginning to the end of the game.”

“We are aware that Brescia is in an excellent form right now, beat Pro Recco recently, but  anyway, we will try to repeat the good game we played against them in Bucharest to make our last appearance in Champions League this season a memorable one.”

“This is our last game in Champions League, and we want to make them work really hard if they want to defeat us, just like in the previous match. We will try our best to achieve a victory.”

“It has been a great run for us this season, a lot of great matches and victories. It is now time to put in a final effort to have a nice closure for this season. We finished third in Croatian championships, that was our primary goal and we achieved that so we are now going to enjoy this last match against Szolnok.”

“We came close to win against Szolnok in our first Champions League match away from home. Now we will try to go all the way. We are sure we can win.”

“We would have liked that our qualification for the finals be decided by the outcome of the game in Split, but unfortunately we could not beat Verona. Therefore our game on Tuesday will have nothing at stake. I do not know how our team will be set up as of yet, but I know that we will do our best from the first until the last minute to reach a good outcome. We want to finish our preliminary encounters with a positive result.”

“Not only our team, but the team of Split will want to show that they are better than what they have shown in the preliminary games. Split won in Dubrovnik and they are very dangerous in their home pool. We are looking forward to an exciting game. One thing is for sure, we are going there to win. We want to tune up with a win for the second match of the bronze medal matches with Eger at home.”

“Last game at the preliminary round, last game before the finals in Germany, last international test for the Final8, no apology. Viva Waspo98!”

“After the cup in Dusseldorf, we played three very bad games against Duisburg.  We’re supposed to play a lot better against Mladost because it’s the final check before the final series. I think we have to win. Mladost is a very good team, we need to pay special attention to mark Radu, Cuk, Petkovic.”

“They are a very good team with some great individuals and we expect a hard game. Although we don’t have a chance to go to the Final Eight we will try to beat them and finish our champions league journey with a win.”

“We’re going to play the away match against the current European champions. It will be a very tough game but we will try to make ourselves ready as we’ve done in the first leg. They are a very talented team but we have shown that we can be at their level. It will be a nice anticipation of what awaits us at the Final Eight.”

“It will be an exciting match at home of the current champions of Europe who certainly will not want to spoil their image in front of their audience. We are no longer a surprise for our opponents and now we just want to show that we can play at the highest level even against one of the strongest teams in Europe.”

“We lost the last two games in this competition and we’ll try to win this one to stop this bad period. In the thoughts we are already in the national finals but we’ll be ready for Wednesday.”

“In Berlin we had hard times against Spandau and we beat them with only one goal. Hope in this game we will play better and we will win the last match in Champions League season in front of our spectators.”

“We want to play very concentrated against Dubrovnik and finish the Champions League-Season properly. Even if we have no chance to go to the Final Eight anymore, we want to give everything and recharge our confidence for the national final series.”