The Last Round of The Regional League Confirms the Final Four 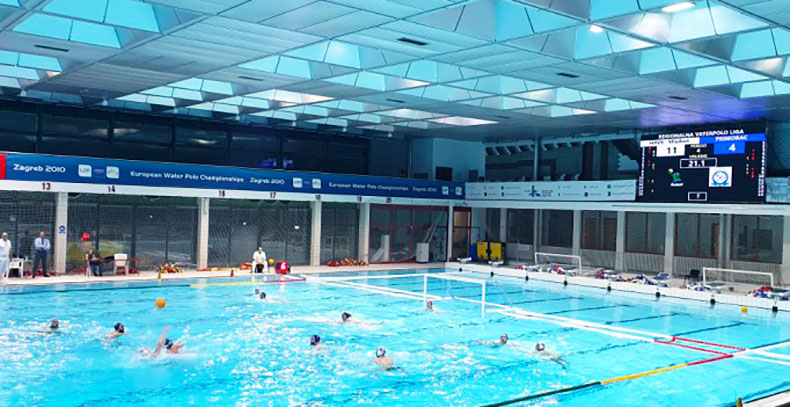 The last round of the Regional League assured Zagreb as a place for the Final Four. The high-scorring matches marked the end of the regular part of the League.

Mladost confirmed its dominance in the Regional League by defeating Primorac 11:4, remaining on top of the regular part of the League with 49 points. They suffered only one loss from the beginning. By finishing on the top of the standings, Mladost also confirmed that the Final Four is to be played at their pool in Zagreb.

The game itself went smoothly with some resistance from Primorac in the first and last quarter, though it wasn’t nearly enough to stop Radu, Miloš, Buljubašić, and Petković.

Šabac won the match against Mornar with 9:5, reaching the fifth place on the standings. Nebojša Toholj and Marko Janković opened the series of goals which lasted all until 6:1 when Krešimir Butić pushed against Šabac. But they never reached the score, which allowed Šabac to get a well-deserved victory.

Jug dominated over Crvena Zvezda, making up for their unexpected loss in the first part of the League. By the time the clock reached the third quarter, Jug was leading with impressive 11:0. The game ended with 19:5. Nikola Ljepava wrote down his first ce, and Joković and Merkulov celebrated three scored goals each.

Partizan went into the match against Jadran Split fully-equipped and fiercely, though their great play didn’t last for long. Even in the second quarter, Jadran pressed hard against the opponent, scoring six goals. In the third, they pushed it further, scoring the amazing eight goals in a single span of eight minutes. Šetka and Visković were the leading hands in scoring for Split.

The second-placed Jadran Carine once again proved their worth against POŠK, easily defeating the team with 20:4.