The Netherlands and Italy undefeated in Split; Hungary and Spain on road to recovery 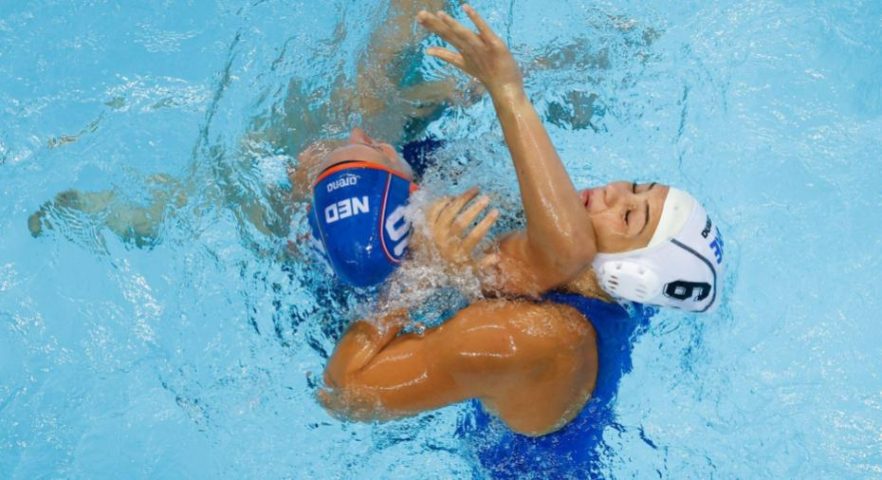 The third matchday of the women’s European Championships have come and gone, with only two games being enticing contests.

The last game of the day displayed the most quality, as two of Europe’s top quality nations, the Netherland and Greece, went toe to toe. The Oranges won 13-8 with a really confident team performance. In Group B, Italy went top with a uncomplicated victory over Israel. Both are unbeaten, and both look to be paving a way to the medals.

Meanwhile, Spain and Hungary, the bookies favourites in many ways, made sure they put their painful defeats to their group leaders on the second day behind them. Hungary smashed Germany in a very one side display from the Magyars, while Spain made sure they gave no chance for the French to cause any surprises.

Elsewhere, the feel-good story of the day was provided by Croatia, who have essentially secured their place in the quarter finals, winning two of their three games so far. Today they beat Romania in front of a really lively home crowd, who were rewarded with an excellent result.

Serbia had something to cheer about today, with a well-earned result against Slovakia. 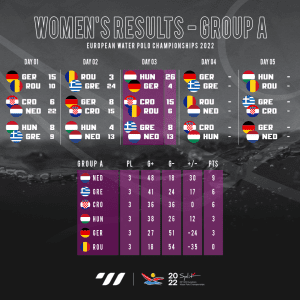 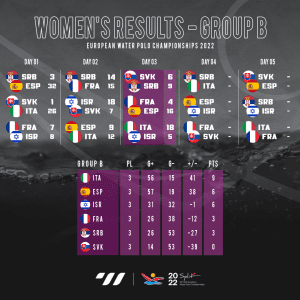 The Netherlands proved too good for Greece this evening as they downed Alexia Kammenou’s side 13-8. Greece were not at their best, but the Netherlands really deserve credit for they way they asserted themselves in the game. As we have started to see more and more with the Oranges, they demonstrated an excellent intensity in the second half, which ultimately saw them through the game.

The Dutch look really sharp at this tournament so far, showing some dogged defending, some really formidable shooting on the top, and formidable strength at centre.

Olympiacos star Brigitte Sleeking brought her golden shoulder in the game, netting three times. Lola Moolhuijzen scored the same number, including a thundering penalty off the frame of the bar. Viviane Sevenich was oustanding at centre, although was lucky not to receive a brutality from an off the ball incident with Maria Myriokefalitaki.

The Greeks will be slightly disappointed with the way they played, and would have hoped for a better outcome given how the lead they took in the first. They appeared to tired towards the end, but generally were probably better than the five goal difference. 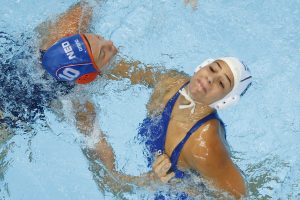 After a much needed day-off to ponder their horrible start to these European Championships,  Hungary bounced back with a comfortable steam-rolling of Germany. The result was never in doubt, but Attila Biro will still be content with how his side applied themselves in the game, dispatching the chances they had well.

Greta Gurisatti, who continues to be a prominent feature of the team, produced an excellent performance for her side, with five goals from all five of her shots. Vanda Valyi, Brigitta Horvath, Dora Leimeter and Geraldine Mahieu were all triple scorers.

Belen Vosseberg, who is rumoured to be heading to Hungary next season,  will have to adapt to playing against many of her opponents today. The left-hander scored two of Germany’s four goals today. 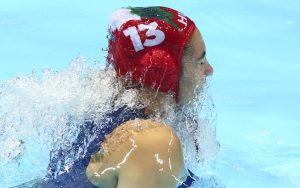 Croatia will believe the quarter-finals are very much within their reach having beaten Romania today. The Croats were incredibly clinical at the start of the match, scoring four consecutive goals after Alijosa Kunac, their coach, called a timeout to make some tactical adjustments to the team. Mladost’s Metea Skelin topped the scoring charts for the hosts with four scores, but the very vocal crowd were most excited by seeing the three of the four Butic sisters playing in their home town – with Jelena (3) and Ivana (2) contributing in attack.

Alijosa Kunac, who himself is well known around these parts, will believe his team has every chance to make the quarter-finals. They won’t lay a glove on Hungary or Greece, but know but for a freak victory for Germany or Romania, that they will be in the final eight.

There is not much to say about Italy’s performance against Israel, except for the fact that the Setterosa were successful in making a really decent team look really poor. Carlo Silipo’s team really look in the groove in Split, and are on course for the top spot in Group.

In the game itself, a number of Italians were on target. Sofia Giustini has gone from strength to strength since the start of last season, while Dafne Bettini, who misses Budapest because of school commitments, is really showing that she is one of Europe’s top young talents. Both scored three goals, a tally only Valeria Palmieri could better (4).

Israel will be sick of the sight of Italy, who once again plaster them in the Group stage of the European Championships. 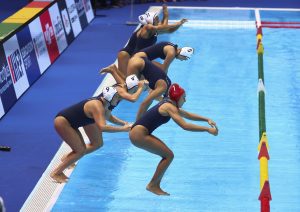 Spain got back on track with a 16-4 humbling of France. Miki Oca’s side started slowly, but were better in every facet of the game.

The French particularly struggled in dealing with 2021 LEN player of the year, Maica Garcia Godoy, who did today what she does best; scoring four goals and earning five exclusions. Both Elena Ruiz and Annie Espar had three-goal games.

France were poor today, and had no solution to the questions being asked by the Spanish. Emilien Bugeaud’s team were quite forceful in the tackle, something the Spanish coach was not particularly happy about.

Both teams should expect to win their next group games, with Spain meeting high-flying Israel, and France to play Slovaki. 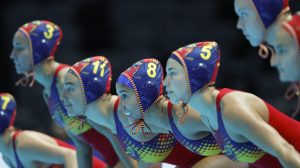 After a trying few days for Dragana Ivkovic and her Serbian team, they finally added  points to the board with a 9-6 victory over Slovakia. It was not only significant for the Serbs to get their first win, but to win against a side that beat them two years ago in Budapest.

The game was an evenly contested affair, but the only difference between the two teams were the interventions of the Trieste’s new signing, Jelena Vukovic, and 20 year old, Hristina Ilic – who both found the back of the net three times.